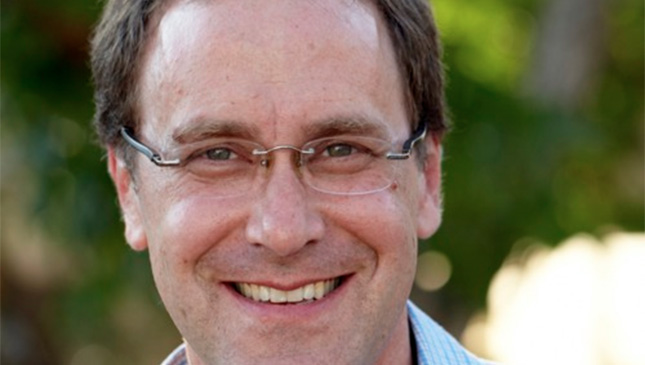 I get the impression there is an ulterior motive here. If we think plants are sentient like us, maybe we’ll believe they’re just as important? (I already agree.)

I don’t think that “ plants are sentient like us,” but I do think they are just as important. Importance does not stem (no pun intended) from sentience, rather from inherent worth to biological existence.

This was actually my great unspoken fear—that my colleagues would not appreciate me taking a stab at popular science. But the truth has been the exact opposite. The scientific community has welcomed and supported my popularization of plant biology. I took great lengths to make sure that the book is scientifically valid and tried to convey the scientific processes that helped scientists come to their conclusions. This, I think, was key for the acceptance by my colleagues.

Do you have a greenhouse?

A professional one, of course, at the university, but at home, no. Actually, I’m rather a plant killer at home—I have no green thumb!

Sounds as if plants are quite sophisticated and evolve for maximum survival in their environments. They seem more sophisticated than humans and live longer. What gives?

To say “more sophisticated than humans and live longer” is a bit of a reach. They are differently sophisticated (if I want to be politically correct). Plants may be genetically more complex than most animals, but they don’t have the complexity inherent in a neural system. So the complexity of plants differs from that of animals. And plants have very varied life spans, from several days to centuries, depending on the type of plant.

Did chemical warfare come from plants?

Never thought of it this way! A skunk, though, also specializes in chemical warfare.

You say a plant remembers the last color it saw, that the last light it sees at the end of the day is far red, which turns it off. In the morning, it sees red light and wakes up, measuring how long ago it saw red light and adjusts its growth. Can this be open to interpretation? Couldn’t it be measuring something else or not measuring anything at all? Why would the measure between the glimpses of red light be important rather than the amount of time needed, say, for inactivity or no light?

Phytochrome gives plants the season and the weather; it is a communicative protein, right? How do you feel about transgenic experiments; experiments done on levels of phytochrome, particularly ones designed to make grass blades grow more slowly so there is less need for humans to mow? What about crop plants transferring more energy to grain instead of height?

I have no problem with genetically modifying plants for human benefit. Targeted genetic modification is much more exact than classic breeding (which is also used to change phytochrome sensitivity using natural variation). If transgenic plants allow higher yield of food crops, with no penalty in other agronomic parameters, then I think it is our moral imperative to increase yields rather than utilize additional arable lands.

Whether plants talk or listen is the same thing, right? Communication is the act or the result? Plants practice a sort of telepathy?

You’re on thin ground here with the analogies. Telepathy assumes neural function and plants have no brains. Plants communicate through volatile chemicals, but not through sound waves.

Oh definitely. It is a very active research area!

How does aging affect a plant? Does a plant know its age?

Age in a plant is a very fluid construct. An oak tree can be decades old, but a budding branch on the same tree may be only days old. So how do we define a plant’s age for perennial plants? From the time of its germination? In annuals, this is easier as they sprout, grow, flower, set seed and die within one growing season.

Is there a cemetery of failed experiments? How would you have found Dorothy Retallack’s experiments without the book The Sound of Music and Plants?

There is no “cemetery of failed experiments,” although the idea is gaining momentum. Failed experiments are rarely published, as the failure could be either due to experimental problems or to true scientific reasons, and it’s difficult to differentiate between the two. A few new journals are encouraging the publication of negative results, but how this will influence science is still up in the air.

Myosins don’t regulate absorption, rather they regulate cellular shape. They enable the cell to elongate, forming the hair-like structure.

At the moment, there is simply no proof that plants need to hear?  Or is it more true that humans have not yet developed the equipment that could determine whether a plant can hear?

Both are correct. The second, though, hypothesizes that plants do respond to sound, but that the proper experiments have yet to be carried out. This needs to be tested experimentally.

Do humans have stable heritable change? Can we pass on stress immunity?

Of course we have stable heritable changes. This is classic Darwinian variation and selection. But if you are asking, do humans pass on epigenetic memory, the answer here is also positive.

Humans have no auxin, the movement hormone for plants.  Have scientists experimented with auxin on humans?

Great question. I’ve heard of experiments where phytohormones are being used as potential drugs, particularly anti-cancer chemicals, on human cells. This isn’t too far-fetched, as many phytochemicals influence human biology (you can think of several,  probably).

Science is a process, and I don’t think there is any discovery that wouldn’t have eventually been made by another scientist. We’re all standing on the shoulders of giants who preceded us, and hopefully we all make our small contribution which will influence future generations. Of course there are great discoveries waiting to be unearthed. We just don’t know what they are!

You say that “human” may only be a flavor of intelligence. Please say more.

I’m a bit wary talking about intelligence, since the construct of “intelligence” is so loaded with opinion. But if, according to Gardner and other psychologists, there are multiple intelligences (emotional, academic, practical, etc.), then perhaps another flavor also exists, which we’ll call “vegetal intelligence”! But in the end it doesn’t really matter and I think the debate is purely semantic.

Leslie Chism is a garden and plant lover who lives in Virginia.