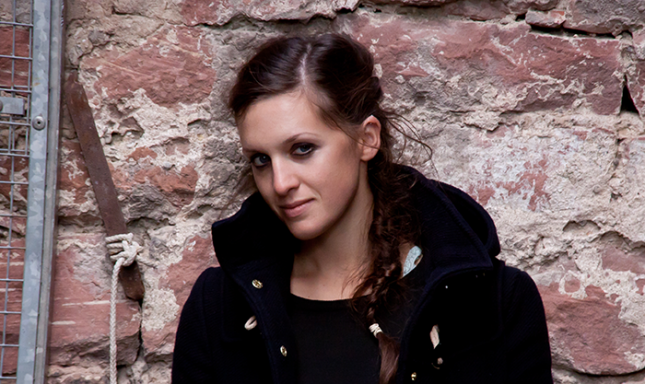 Max Walker is a golden boy. Attractive, intelligent, and athletic, he’s the perfect son, the perfect friend, and the perfect crush for the girls in his school. He’s even really nice to his little brother. Karen, Max’s mother, is a highly successful criminal lawyer, determined to maintain the façade of effortless excellence she has constructed through the years. Now that the boys are getting older, now that she won’t have as much control, she worries that the façade might soon begin to crumble. Adding to the tension, her husband, Steve, has chosen this moment to stand for election to Parliament. The spotlight of the media is about to encircle their lives.

The Walkers are hiding something, you see. Max is special. Max is different. Max is intersex.

I must admit, I was a bit uncomfortable with the topic of this book, but you handle intersex issues with a lot of sensitivity and create a lot of empathy for Max. How did   you choose this as a central issue for your novel? And, were you worried about reader reaction?

In the summer of 2012, I was thinking a lot about gender. How does it affect us? How do other people treat us differently because of it? How does our experience as a certain gender shape us? For example, in general women are smaller and physically weaker than men - might years of living with this vulnerability make us more cautious?

In 2009, I took myself to the cinema to see an Argentinian film called XXY, about an intersex teenager living in a remote coastal village. Three years later, I wondered if a discussion on the different experiences of the two ‘accepted’ genders could be approached with a narrative about an intersex individual. I wondered how someone who had grown up as a male might cope with finding that, due to the capabilities of their body, they must deal with an important and often frightening part of the female experience. How would my protagonist, Max, deal with his body’s insistence on its natural gender state? Would his family treat him differently? Would he have the courage to live in an undefined role in society, or would he seek definition out?

Thinking about reader reaction during the writing process can be a positive and a negative thing. I was excited to reach a wide audience with a novel about gender and intersexuality and I’ve been truly touched by the reader reviews, which have been overwhelmingly positive. When it comes to people who feel very strongly about certain aspects of the novel – and there has been a lot of debate about the mother’s role in her child’s surgical decisions, I have to conclude that if you’ve written something that you believe to be truthful, you can’t sweat a bad reaction. I’m also glad that this is a novel that doesn’t leave people indifferent, because debate and disagreement are at the heart of democracy and progress.

In the book, Max’s parents struggle with the decisions they have made in regards to raising Max as a son and dealing with him as an intersex individual. As with so many issues in life, these decisions are difficult and far from black/white or right/wrong choices. Are you trying to educate readers about the possible consequences of actions parents take for intersex children or do you have an opinion on what should be done in these situations?

With Golden Boy, and with most of my writing, I aim to ask questions rather than answer them. Personally, I believe when a condition is not life threatening, surgery should wait until the child is old enough to consent. In my research on genital reconstructive surgery performed on infants, I found there have been numerous cases where surgery has complicated sensitivity and fertility, and where a gender has been assigned for somewhat arbitrary reasons leading to upset in later life.

And, actually, this question applies to parenting in general, doesn’t it? It is about more than just the intersex issue, but really about the immense responsibility parents have in shaping their children’s lives. How involved should parents be?

Raising a child, whether intersex, trans, female or male, in a ‘gender-neutral’ way seems such a difficult thing to do today. I have had so many conversations with parents of 3 and 4 year old daughters who suddenly enter a ‘princess phase’. The first 3 years of anyone’s life are the most crucial in terms of brain development, so parents have to ensure their interactions with their children emphasize love, support, acceptance of differences and a free flow of conversation. I think it’s also important to encourage children to play outside their typical gender roles – to get girls to skateboard or boys to cook. Having said that, I’m still personally frightened by the influence of politically backward gender portrayals in media on my (future !) children and their peers and of course plan to curate their television time carefully!

When Max’s father decides to run for parliament, Max’s mother is immediately concerned about what the media attention will do to their family and the possible consequence it could have for Max. Is this women’s intuition? Mother-bear protectiveness? And, is Steve just unaware of the danger? Or is he blinded by following his dream? Should parents put off their own dreams for the sake of their children?

No, absolutely not. I think a good parent should provide an example for their children, so they too will believe they can achieve their dreams.

You are also an actress. What made you want to write a novel? Do you feel that your experience “getting into character” helps you to be able to develop such deep, interesting characters in Golden Boy?

Absolutely. When I write, I try to embody the characters and think as they might think. As a consequence my writing and stories are really based around complex characters. Once you have a character in your mind, then you can see who they might spend time with, where they come from, what they would do in certain situations, and a story begins to unfold.

One thing I found very interesting was how Max thinks about himself and his own body. Even though his parents have been honest with him regarding his condition and he knows he is different, he is comfortable with his own body because it is all he has ever known. However, he does make an effort to hide being intersex from his friends. Can you speak to these dichotomies? How did you decide how Max would feel about being so unique?

Sometimes, and I think perhaps often, our selves and our homes are different spheres from the outside world. For instance, I grew up in a politically rightwing county in England, but my family is very leftwing and progressive. I think many people can appreciate feeling the need to apologize for something to society that they really feel is acceptable themselves. Sometimes this idea of the ‘public self’ seems like a necessary artifice for civilization: to be together as a society, we sometimes feel the need to seem more alike than we really are. This is particularly relevant in a high school context, where kids feel the need to fit in with the crowd, to avoid bullying or ostracization. Happily, when you’re an adult you are free to go and find a place to be yourself. I felt the way Max discusses his own body was truthful and a fairly ‘normal’ approach for someone a little bit different from the crowd.

Do you think all people have something “different” or “unique” about themselves that they hide from the world? It seems to help Max when he discovers 1:1,666 births is intersex. Do you think it is important for people to be a part of a community and to know they are not the only “ones”?

Everyone is unique, and everyone is interesting. As I said before, I think we all attempt to turn towards a norm and hide our differences, particularly as teenagers, and this is sometimes a necessary artifice when thinking of ourselves as a civilization, as one. I think, as you understand that those differences make you who you are, and as you get older, you are more moved to reach out to people with the same differences for comfort and companionship.

One of my favorite characters in the book is Dr. Archie Verma. She has Max’s best interests at heart, but must balance his wishes against what she thinks is best for him. In your opinion, what is a doctor’s role with a young patient who is the victim of a crime? And, what should doctors do when the wishes of the parents are in opposition with the wishes of the patient?

I think perhaps the character of Archie herself could tell you most about how I feel about the role of a doctor in this situation! I do think it’s important to take the patient aside and talk to them alone about their decisions, but I also think the problem of parental pressure and pressure from doctors themselves might be better alleviated by ensuring that surgical intervention with intersex children or trans children isn’t performed until the child is old enough and educated enough about their condition to make informed decisions about their health care.

What is in store for Max? Do you think he will find a comfort level with who he is?  Where do you see him in 20 years?

I prefer to let Max go and figure out the world on his own, now we’ve gone through this tough time together! I think he’s a hero and a fighter, and he’ll find a way to live the life he wants while remaining intersex and remaining honestly himself.

Mandy Huckins holds a Master of Arts Degree in English from the University of Charleston in South Carolina. She recently moved to the Washington, D.C. area with her husband, an Air Force officer. When not reading, Mandy works for the Combined Federal Campaign-Overseas.