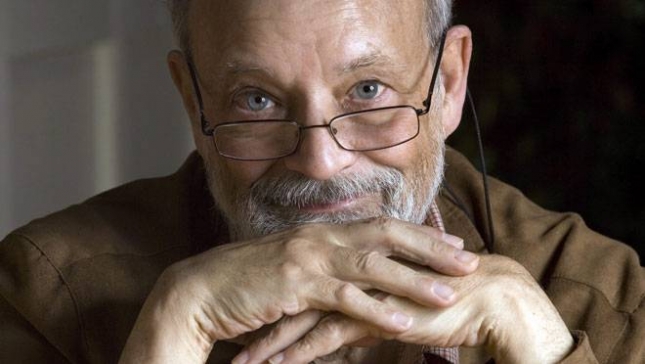 About Speaking From Among the Bones

An amateur detective and ardent chemist, 11-year-old Flavia de Luce is used to digging up clues, whether they’re found among the potions in her laboratory or between the pages of her insufferable sisters’ diaries. What she is not accustomed to is digging up bodies. Upon the 500th anniversary of Saint Tancred’s death, the English hamlet of Bishop’s Lacey is busily preparing to open its patron saint’s tomb. Nobody is more excited to peek inside the crypt than Flavia, yet what she finds halts the proceedings dead in their tracks: the body of Mr. Collicutt, the church organist, his face grotesquely and inexplicably masked. Who held a vendetta against Mr. Collicutt, and why would they hide him in such a sacred resting place? The irrepressible Flavia decides to find out. And what she unearths proves there’s no such thing as an open-and-shut case.

This is the fifth installment in the Flavia de Luce series. When you first started writing about a precocious 11-year old girl detective, did you plan for this to become a series, or has it just grown from an original idea?

I knew after writing just a few chapters of The Sweetness at the Bottom of the Pie that the story of the de Luce family was going to take at least half a dozen books. Fortunately, my publishers on both sides of the Atlantic agreed with me!

The books are wildly popular, have met with great critical acclaim, and I can personally testify to how much fun they are to read. To what do you attribute your success?

I write the sorts of books that I enjoy reading myself, so there must be a lot of readers round the world who share my jackdaw taste for curiosities.

As I read, I wondered who you considered your audience to be as you created this young lady. Were you trying to appeal to readers her own age or to adults?

The books were intended for an adult audience, but that said, there is nothing in them to prevent younger readers from enjoying them also. I’ve heard from happy readers from 8 to 95.

Flavia is highly entertaining, intelligent and endearing, but she also has a darker side. She brews her own poisons in her chemical laboratory and has a rather unusual fascination with death. She often fantasizes about killing people, in particular her sisters. Do you think any of this is unhealthy? Flavia lives in the 1950s, but if she were growing up in today’s society with its school shootings, would she just be considered an eccentric or would her school counselor be worried about her being a danger to others?

We now live in a different world. I don’t believe either mystery fiction or fantasizing are unhealthy as long as we don’t mistake them for reality.

Would she be in the psychiatrist’s chaise for troubled little girls (especially in the U.S.)?

She probably would be — although I’d pity the psychiatrist. It’s always been tough for gifted children, but nowadays it’s tough for different reasons.

Can you explain a little about your process for writing a mystery? How do the ideas germinate? Do you think of the conclusion and then work on laying a path of clues, or do you start laying it out and see where it ends up?

I usually begin with the setting: the church, the village, Buckshaw, etc., and then the subject matter around which each mystery revolves, such as stamp collecting, itinerant puppet shows, gypsy caravans and so on. The story usually arises out of the setting.

You’ve never lived in England and didn’t even visit until you won the Dagger Award. Was it all your imagination? Do you think most people under- or over-rate the power of imagination and why?

Until I visited, my England was an England-of-the-mind, built up entirely in my imagination by more than 60 years of voracious reading of everything I could get my hands on. Yes, I believe most people under-rate the power of imagination. Movies, TV and the Internet form all of our images for us, with the result that we no longer have the ability to form our own. Now that radio’s gone, printed books are all we have left.

Do you think imagining is an art that one can practice and improve? If so, can you give our readers a few pointers?

Anyone can be taught to write better prose. Practice pays. Read and write a lot, and after 50 years or so you’ll suddenly find yourself an overnight success.

A few pointers? Sure, watch where you plant your verbs, be picky about your nouns, weed your adverbs and adjectives without mercy. The rest of it is sheer sitting stamina. Oh, yes … don’t give up. It might sound dopey, but published books are books whose authors, in spite of all, persevered and finished them.

Have other mystery writers or other authors in general influenced you?

Yes, and they continue to do so. I never thought I’d be getting up in the night to read Milton, but I’ve done so several times this week. James Joyce, Mark Twain, George Macdonald Fraser, the King James Bible and its predecessors, Dorothy L. Sayers, Patrick O’Brian, Charles Dickens, T.H. White … the list goes on and on.

Do you see Nancy Drew as the predecessor to Flavia?

I think one of my older sisters owned a Nancy Drew mystery (The Secret of the Old Clock somehow sticks in my mind), but I don’t remember reading it. It’s difficult to pin down Flavia’s antecedents, but at least one of her characteristics arose from a young person I wrote about in an as-yet-unproduced screenplay called “A Modern Gunfighter.” Aside from that, Flavia parachuted onto the page fully formed.

At the end of this book, you drop a bombshell. I will not ask you to talk about that, but can you share anything with us about Flavia’s future?

The next book in the series is called The Dead in Their Vaulted Arches, which will be published early next year, and if you promise to keep it under your hat, I can share with you the confidence that it takes up where Speaking From Among the Bones leaves off. If I tell you any more, my publishers will murder me.

Mandy Huckins holds an M.A. in English from the University of Charleston in South Carolina. She recently moved to the Washington, D.C., area with her husband, an Air Force officer, and works for the Combined Federal Campaign-Overseas.

An Interview with Bill Hutchins

The architect/poet talks about learning to love the forest.