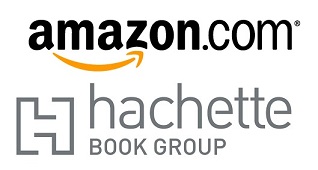 Amazon, contrary to a recent statement by super-agent Andrew Wylie in the New York Times, is not the end of literary culture.

Wylie has become enormously rich peddling bestsellers through the Big Five legacy publishers — Hachette, Penguin Random House, Simon & Schuster, HarperCollins, and MacMillan — who dominate book publishing in this country. He has a huge vested interest in preserving the gate-keeping monopoly of this coterie of publishers.

“Literary culture” means big bucks for him, his authors, all the authors who won the lottery of actually getting published by the Big Five, and the business interests that make a huge margin charging unfair prices for e-books.

Amazon is not blameless, but it is not the villain of this piece. Someone besides Jeff Bezos might have been more conciliatory, but there is no easy way to break up an oligopoly like that which exists in book publishing.

In legal terms, it is the publishers, not Amazon, who have run afoul of antitrust laws, for colluding on e-book prices.

But more importantly, they are simply on the wrong side of history. They are doomed to lose this battle no matter how many aging Nobel Prize-winning authors they trot out to speak for them (the Times article mentioned Philip Roth, Orhan Pamuk, Salman Rushdie, V.S. Naipaul, and Milan Kundera — three are in their 80s, and two are in their 60s — though many other signatories of Authors United are younger and less famous).

These authors made it big in the old system. More power to them. There is a new system a-borning, and they should really let the people concerned with it speak to this issue.

For centuries, the economics of printing ink on paper made publishing houses a necessity. They became, then, the gatekeepers of what people were able to read. By and large, they did a pretty good job of catering to tastes high and low and getting many marvelous writers (including the above-mentioned) into print.

But books no longer need to be printed on paper. Or, if one prefers paper copies, they no longer have to be printed by the hundreds on huge machines manufactured in Germany. Publishing houses, however they want to adapt to keep alive, are no longer necessary to deliver books to the reading public.

They have outlived their usefulness as gatekeepers.

One of Amazon’s recent innovations is the Kindle Lending Library, which allows subscribers to download unlimited e-books one at a time — it’s akin to Netflix for books. As with Netflix, the question of rights limits the offerings, in this case largely to authors who have self-published on Amazon. There is a large amount of drivel in this offering, and it can be difficult to find the hidden gems.

User ratings help. They may be suspect, but no more so than those on Yelp or Trip Advisor that we use to choose our restaurants or book our hotels.

What is needed is a new kind of gatekeeper — new services to find the truly good material and make it accessible to a wider public.

There are blogs, online book reviews, and other websites that are beginning to do this. Perhaps a new kind of “publisher” will emerge and publishing — that is, creating a portfolio of good literature — will become a cottage industry again, animated by discerning editors who curate a certain style and guarantee a certain quality.

We need to be looking at these business models, not wasting time defending the right of legacy publishers to gouge readers on one hand and authors on the other. (One of the ironies of this debate is how published authors who have complained for decades about the depredations of their publishers now rise up to defend them.)

Amazon, to its great credit, has created an environment for this to take place. We are poised to begin a great new phase of “literary culture,” offering more readers more diverse content and more writers the opportunity to reach those readers.

[Click here to read the Independent’s view on the Amazon debate, and here to learn columnist Larry De Maria’s take.]

Darrell Delamaide has
published three books with “legacy” publishers and self-published a fourth with
Amazon. He lives in Washington, DC.

Of hunting real-life Nazis, and other German stories.

A timeless classic with lessons for today