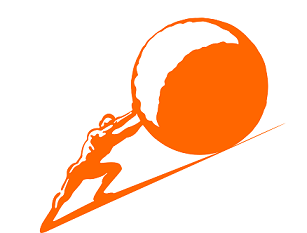 It was December of 1979. I was 14 and sitting with my father as he drove our brown, 1977 Toyota Corolla toward our house. I’d been pretty depressed since leaving suburban Chicago to live in suburban Indianapolis. We were coming home from basketball practice; the team was run by a beast of a man who had no idea what I was going through. My time on that team was a complete failure.

I’d known some easy social success in the five years I’d been in Illinois. But in Indy, I was made to feel like a social failure pretty much across the board for at least two years. A case could be made that it was six years, but I was growing. So many changes and such isolation.

My father saw my struggles, my incomprehension, my unwillingness to compete, and he tried to show me another way. He was not an artist. I wasn’t willing to say that I was an artist, but I was neither a scientist, nor a businessman, nor a believer, either, as my father was. Even at 14, I felt willing to closely examine my intellectual and psychological boundaries.

My father, who was a moralist, had, I’m sure, been trying to talk to me over those long, dark months. But he was busy with work and other children. I was benevolently neglected, and I would eventually see the world as a laboratory. But I wasn’t fully engaged in my journey yet. I was wallowing in a change I disliked, finding things I disliked and dwelling on them.

My father didn’t care for that.

We had so many opportunities that he didn’t have. His job was to get me to be equal to those opportunities. None of the words or ideas he used were new. But when we talked, on that particular car ride, I heard one word, and it encapsulated what I was experiencing, as well as my father’s capacity to communicate to me the complexities of life: adversity.

My father said, “Life is pretty tough, you know. Nobody gives you anything you don’t work for. For every good thing that happens, a bad thing happens. Happiness turns into sadness. You’re lucky if you break even, 50-50. That’s adversity. That’s the challenge. People show they’re strong when they accept their challenges. They become happier because they know what they need to do. Take the punch and then get up and start again.”

My father was generally a Catholic or capitalistic dogmatist throughout every other moment of my youth, but here he summarized all of life in a ratio:

I’ve never heard a more succinct response to the existential dilemma, except from Virgil, “Never run from blows. Boldly, more boldly if your luck allows it, go forward, face them.” Camus needed three whole pages for the Myth of Sisyphus!

In any case, this was the last homespun bit of wisdom I needed from him, and it propelled me on my way to independent living and thinking. Nietzsche has written about suffering becoming the motivation to live a virtuous life, and I’ve loved puzzling him out. Siddhartha has guided me on his Noble Eight-fold Path. But my father outdid all of them one day, 36 years ago, rolling across the pavements of a Midwestern city:

Every day I sit down to write is another day of facing adversity, rising to the challenge, fulfilling my potential, and realizing a dream. Of course, there are obstacles, most likely 50 percent in any given endeavor. But I won’t be turned away. I will turn toward adversity. I will learn the hard truths. And I will reflect on the struggles to make my life one percent better.

Like Sisyphus with his rock at the bottom of the hill, adversity tells me what I have to do as a writer. I must tap into the golden vein of irony deep in human consciousness. When I fall, I get back up again. When I’m rejected, I find another way. I keep tackling blank pages. There are always ideas to meditate upon. Some become bigger than others. Every day, a little moving forward like a turtle.

When my dad pulled that light, boxy car into the driveway, I was still 14 agonizing years old. But wisdom had shown me some light. I began to move toward it, and I would never be the same sulky kid again.

Y.S. Fing wrote this article five years ago, but an essay on adversity seems like an appropriate way to end 2020.