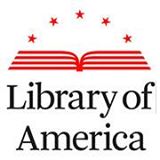 It is fitting that an art form perfected in Hollywood should showcase American literary classics, sometimes succeeding spectacularly in translating books into film.

The Library of America, which churns out handsome hardbound collections of these classics, pays homage to that skill in a regular feature on its website called “The Moviegoer” — the title itself a nod to a classic novel by Walker Percy, who is not (yet) in an LOA collection.

To mark the publication of the latest LOA collection of Elmore Leonard novels, for instance, “The Moviegoer” carried a glowing appraisal of Steven Soderbergh’s 1998 film version of Leonard’s Out of Sight, written by author Roy Blount Jr.

Blount says the movie, which stars George Clooney and Jennifer Lopez in that time before they became Hollywood icons, “is the best film version of a Leonard novel.”

Blount quotes Leonard’s remark that “I’ve always seen my books as movies,” and adds, “So has Hollywood, but too few of the two dozen or so adaptations have done the fiction justice.”

The biggest box-office hit based on a Leonard novel, “Get Shorty,” is “a bit too self-conscious” in Blount’s view and “misses both Leonard’s fine acerbic edge and what Roger Ebert called his ‘deep comic ease.’” The Soderbergh movie, Blount implies, succeeds at both.

“He puts his behavioralist approach to character and classically direct visual style at the novel’s service,” Klawans writes, “and in the end achieves fidelity to the surface and to the unspoken depths, too.”

A young Brad Dourif plays the protagonist, Hazel Motes, and the director “remains faithful to the ‘mystery’” of this enigmatic character, Klawans says.

“Huston hints at the merit of the man’s inner struggle while viewing his desperate, driven, outlandish, and horrifyingly funny career strictly from the outside,” the critic writes.

Another recent article praises Johnny Weissmuller and Maureen O’Sullivan in their early Tarzan movies for the “lyrical abandon” they show as “lovers at play” amid the treetops, creating the version of Edgar Rice Burroughs’ novel “that has taken the deepest root in the public imagination,” cultural critic Charles Taylor writes.

Movie reviewer Gene Seymour calls attention to the Kafka-esque quality of Jack Arnold’s 1957 film, “The Incredible Shrinking Man,” based on a science-fiction novel by Richard Matheson that first appeared in paperback.

More recent movies winning attention include Michael Mann’s 1992 “The Last of the Mohicans,” which Michael Sragow called an “inspired reimagining” of the classic by James Fennimore Cooper in the inaugural article of “The Moviegoer” in January.

Daniel Day-Lewis, the star of “Mohicans,” seems to have an affinity for classics, earning praise again for his portrayal of Edith Wharton’s “waffling ‘new’ man” in Martin Scorsese’s 1993 film version of The Age of Innocence.

“The Moviegoer,” in short, is a great resource for anyone interested in films based on books. The books are all published by the Library of America, and the articles tell you when the film is available on DVD or streaming service.

Decrypting Signs of the Times

Murder isn’t the only mystery in this French intellectual thriller