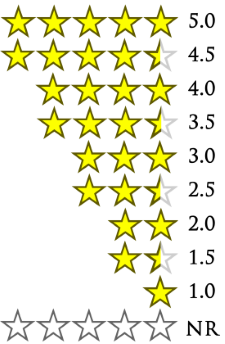 I’ve written about Goodreads before, not always in a flattering way. So, it’s probably a bit odd that, a little while ago, I looked at the Goodreads Choice Awards for this year and read a couple of the winners. Checking out the awards is partly due to a bad case of reader’s block, as I seem to find few authors who deliver narratives that meet my arbitrary and shifting criteria.

Binge-reading mysteries and outdoor adventures (game-warden novels are a particular weakness) helped me get through the pandemic, but a steady diet of those books can be wearing.

One welcome exception to all this was Trust by Hernan Diaz, which someone recommended to me because I’ve been a financial journalist for a long time. It was a compelling, well-written book about accumulating wealth pre- and post-Great Depression. When I went to look for Diaz’s earlier book, In the Distance, however, it was curiously unavailable on Kindle. (That is probably a story for another time.)

Which brought me to the Goodreads Choice Awards. Two books caught my eye: The Maid by Nita Prose (winner in the Mystery & Thriller category) and Sea of Tranquility by Emily St. John Mandel (Science Fiction). I whipped through both and thought maybe I’d hit the motherlode.

The Maid is described as a cozy, and at times it veered near cloying, but it debuted the fresh voice of Prose, and its protagonist, the titular maid, was an intriguing character. A big fan of Station Eleven, I didn’t really need a recommendation to read Mandel’s new book, though her novel in between, The Glass Hotel, has made me a bit cautious. Luckily, her sure touch is back in this time-travel book featuring lunar colonies.

When I went to look at the other winners for this year, though, I was disappointed. None of them appealed to me, and they seemed to betray a book-group bias (bestsellers, buzz, etc.). So, I checked out the awards from last year in the two categories I liked this year and was disappointed once again.

Too picky? Maybe. Goodreads boasts that its choice awards are the only best-book lists decided on by readers, but I’m not sure the most popular choice is always the best.

Among the many problems I’ve had with Goodreads over the years is that its so-called book groups, while they sometimes pick good titles, have never fulfilled their promise of providing a useful online discussion, despite the efforts of moderators to help me navigate them.

In researching this column, I found a couple of interesting facts. One is that Amazon acquired Goodreads in 2013, which might explain why the site, like IMDb, has become so dauntingly commercial.

The other is that there is an alternative to Goodreads, the StoryGraph, which aims to be more straightforward and less commercial. I’ve signed up for it but have no idea how it will pan out. I’ll let you know what I find.