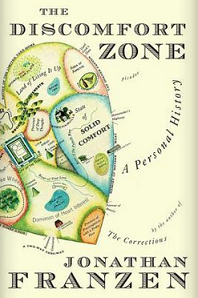 When you're the Voice of Your Generation, people ask you a lot of questions. I mean, I'm assuming they do. Maybe ask Taylor Swift about that. In the meantime, I occasionally am called upon as an expert witness.

In the days before the pandemic, I actually put on lipstick and real pants and — get this — taught writing workshops in an actual classroom. What's more, I participated in book events and on conference panels where I got to speak into a genuine microphone and take questions from the audience.

Eventually, during these events, there emerged a common list of burning questions, the answers to which I'm providing here. Sure, Lena Dunham might quibble with some of my replies, but hopefully Taylor Swift would tell her to shake it off.

Why do you write? I find people so endlessly fascinating. Everyone I meet is a potential story — from the kooky hippie who owns the gift shop in my neighborhood to the cast of seniors with whom I volunteer at the Christ Child Opportunity Shop. I think being curious about others is a way into understanding your own motivations, passions, and fears. Curiosity, for me, is one of the hallmarks of inspiration. The day I stop being interested in something or someone is the day I stop writing.

What do you tell new writers? There is really no better advice for aspiring writers than to write, to practice your craft, and, if possible, to develop a niche. If you have a hobby you love — like knitting or gardening — become an expert in that hobby and write about it. It really helps, especially in the nonfiction market, to specialize. I love writing about pop culture, which means I watch and think about “The Bachelor” (Colton Underwood really did have the most dramatic finale ever) way more than I ought to!

What is a book you return to again and again? At the moment, it's The Discomfort Zone by Jonathan Franzen. I’m a mega Franzen fan, from his modern-day classic The Corrections to the complex and touching essay he wrote about his father in the New Yorker (and even to his completely misguided snubbing of Oprah). He’s a master of the written word. I knew he could write about characters with humor and pathos, so I was curious to see him focus his lens on himself — plus, what could be better than a memoir about his own neurotic beginnings? In The Discomfort Zone, Franzen writes with biting, caustic wit and an almost fond self-awareness of his loser status. I felt an amazing kinship with him which helped me understand that maybe if I wrote about my own struggles with fitting in, as I tried to do in my memoir, I'd be able to connect with readers in a similar way.

Anne Lamott's Bird by Bird is required reading for any writer, but when I read Operating Instructions, a chronicle of her first year as a mother, I felt both schooled as a writer and understood as a new mother. When Leo, now 9, was 7 months old, I found myself using Lamott's book as a roadmap of sorts. I also marveled at how raw and honest she was, admitting at one point she felt like throwing her newborn son against the wall during one of his terrible crying jags (luckily for me, Leo was a fantastically happy baby). Writing memoir is often an ugly process, where horrifying thoughts get put down on the page. In a way, Lamott was giving me permission to express and ultimately excise my own inner monster — a hugely relieving experience for a writer and a new mother.

Which three writers, living or not, would you invite into your vicious circle? If I were hosting a dinner party with three other authors, I probably wouldn't be able to eat a single bite. Writers, especially ones I admire, are my rock stars. But, since this is a fantasy, I will assume the role of cool, calm, and collected hostess. I would, of course, sit at the head of the table. To my left, Shalom Auslander. He is one pissed-off dude, and I like that in a person (especially a writer). Raised in an ultra-Orthodox Jewish community, Auslander was schooled in God's unpredictable, vengeful, and bloodthirsty character — lessons he soon rejected. The aftermath, including his repudiation of both God and his family, is bold, blasphemous, and terrifically funny territory. I'd love to talk to him about the genesis of his novel Hope: A Tragedy, in which his main character discovers an older Anne Frank living in his attic. This means, naturally, that to my right is the real Anne Frank. What a lively debate those two would have, don't you think? To carry on the theme, I’d seat Christopher Hitchens at the table for many reasons, but mostly because he still deserves a place there. Plus, he'd probably bring a really good bottle (or six) of wine.

The unabashed thrill of returning to normal.