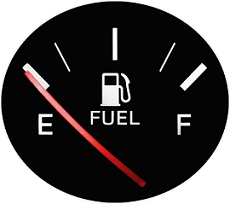 I’m plum out of ideas. It doesn’t happen often, but when it does, I find that there is only one thing to do: Open a computer file that hasn’t been opened in eons and see what’s there.

It’s exactly what I did recently when I realized this very column was due and, after a week with a sick kid by my side, had very little left worth putting into words. (Unless you want to know all about the BRAT diet.)

And so began a tour through the Land of Abandoned Ideas. Howard Carter once discovered treasure after clearing away some rubble, so it stands to reason that my long-forgotten ideas could also be brought into the light of day (let’s not entertain the idea of being cursed).

I opened a file labeled “Six Word Story” for inspiration. This looks promising, I thought upon seeing a bulleted list of a dozen or so items. But then I started reading it:

Too bad there isn’t a Rosetta Stone for this. Just what the heck was I thinking about here? Plus, few of the items even ran six words. I stared at the list for a while until I remembered something that happened a million years ago.

Larry Smith, the founder of Six-Word Memoirs, had asked me to help him produce a show in DC called “Six Words on Jewish Life.” Was this file the beginnings of a scratch list? The six words I eventually ended up with weren’t even on this list. But it did explain my bulleted preoccupation with Christmas and Jews.

(I’m a Jew born on December 25th, and the words that appeared on my show-night T-shirt were “Sick of Sharing Birthday with Jesus.” The shirt is long gone, but the story remains.)

Next up is a file called “Number One Rule.” (I’ll give you a moment to ponder what this means, but here’s a hint: It has nothing to do with David Letterman’s Top 10 List.) When I opened it, I was met with the beginnings of an essay about the first time I let my then-fiancé see me going number one on the toilet.

Let’s just flush that one.

Weirdly, the more I searched for ideas, the less consumed I became with finding any. Instead of feeling depleted, I felt entertained. I opened a file marked “Leo Dictionary” and discovered words I hadn’t heard since my son was a toddler. How could I have forgotten that when he asked for tinfoil, Leo was actually asking for tofu? The idea that my husband and I kept a running list of Leo-isms, an archive now, made me giddy.

By the time I opened a filed called Statue, I was really onto something. “Remember that the fertility statue has powerful and mysterious abilities,” I’d typed at some long-ago point in my life. “Use it wisely and think happy thoughts.”

Too bad I’ve already hit the word count for this column — that last one sure sounded promising.

Every Book Tells a Story

What we lose when we clean house.