The Song Remains the Same

…But it cures my writer’s block in endlessly different ways. 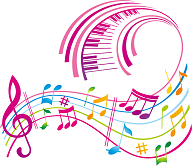 In my extremely strong opinion, the worst thing you can say to someone experiencing a paralyzing fear of the blank page is, "Don't get it right, just get it written." (I'll pause here for a collective groan.)

It's an axiom that most writing students receive at least once in their program, usually before the final paper they've avoided tackling all semester is due. It's a refrain I often heard — from that well-meaning friend/spouse/person journaling next to me at Starbucks — when I was writing my first memoir, overwhelmed and in a constant state of panic and denial.

But then another friend came to the rescue. I'd known B since we were students in the same writing program. Back then, we were frenemies. I wrote a piece she didn't like and, worse, made a dinner of Pop-Tarts during class. We took the same walking route home from class and, eventually, we started making that walk together, gleefully destroying our classmates and their overwrought pontificating or talking about the teachers we respected and those we did not.

When we graduated, we continued our walks on weekends up and down the C&O Canal, and it was on one of them, when I was fretting about my looming book deadline, that B turned to me and said, "Cathy. Your anxiety is bleeding into my anxiety." Meaning she, too, was worried I'd never finish writing one word of my memoir, let alone the contracted 80,000.

B had reached, she told me, compassion fatigue and was tired of hearing what she called my "index of dread." Go home, she instructed, and put on a piece of music that's 10 minutes long, and for those 10 minutes, channel your worst thoughts onto the page.

"But once the song ends," she said, "it's time to cut the baloney and get down to business."

Call it "Music to Despair to," "Light of the Imposter-Syndrome Brigade," "The Ballad of Why Bother," or whatever the voices in your head are saying to psych you out, but having a theme song works.

According to Patricia Anderson, a licensed therapist who works with writers of all kinds, having a musical overture "clears out the cobwebs of anxious unproductive thoughts and restores some calm in your mind to allow other creative thoughts to percolate."

In case you need to borrow one, my theme song is "California One/Youth and Beauty Brigade" by the Decemberists. It clocks in at 9:50 and is gorgeous and atmospheric, but definitely not dance music or anyone's karaoke go-to. It's background music, like what you might hear in an upscale hair salon. And it in no way interferes with my neurotic preamble.

"Take a long drive with me," sings Colin Meloy. Maybe I should just get a job at a plant store, I type along with him. Oh, there's more generated in those 10 minutes — a lot more — but you get the gist.

I finished my memoir, Up for Renewal, thanks to this song. And I continue to play it as a warmup to whatever I'm trying to eke out. The song, as they say, stays the same, but what comes from it can feel like a whole new symphony.

Cathy Alter is a member of the Independent’s board of directors.

Love unblocking yourself through song? Click here to support the nonprofit Independent!
comments powered by Disqus

I Know this Mooch Is True

So, no, you may not pick my brain!