For Women’s History Month, we set out to “look for the woman” in some of the new books hitting the bookstores.

“Cherchez la femme,” Alexandre Dumas Père wrote in the opening of his 1854 novel The Mohicans of Paris. “Look for the woman.” A man who behaved out of character or got himself in hot water, he implied, was probably acting that way because he was trying to impress a woman or cover up an affair. Pulp fiction has had a field day with the idea.

For Women’s History Month, we set out to “look for the woman” in some of the new books hitting the bookstores. Our only criterion was to find books that celebrate the lives of women behaving on their own terms. We found a varied and even quirky mix of stories that invite reading. The list, which spans centuries and continents, includes biographies, memoirs and even a novel, providing something for every taste. 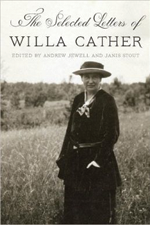 The Selected Letters of Willa Cather

Probably the most important literary event of this season is the publication of the long-suppressed letters of the American author Willa Cather, more than 65 years after her death. The 500 or so letters in the collection, tightly held for years by family members, show touchingly the very human side of the celebrated writer from her teen years in Red Cloud, Neb., through her work as a journalist and her evolution as a novelist. This revelatory book should be one to savor. 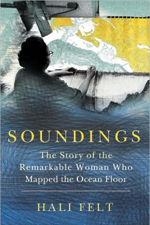 Soundings: The Story of the Remarkable Woman Who Mapped the Ocean Floor

Scientific fieldwork was a prerogative of men in the late 1940s, so geologist Marie Tharp was given the task of analyzing the maritime soundings that her male colleagues recorded.  In 1952, her incisive observations led her to begin mapping the ocean floor, paving the way to the revolutionary theory of continental drift, or plate tectonics. Although her brilliant work led to the first comprehensive map of the ocean floor, Marie Tharp never got the recognition she deserved. 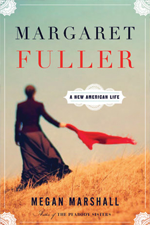 Fans of Marshall’s The Peabody Sisters will rush to read this latest work from the prize-winning biographer. The result should be doubly satisfying, because her subject this time is one of the most impressive and inspiring women of the 19th century. Intellectual darling of the Transcendentalists and journalist for Horace Greeley’s New York Herald, Margaret Fuller tutored women of her day on proto-feminist ideas while living her own life with passion and flair — only to have it end in a tragic shipwreck just as she discovered the late-in-life joys of marriage and motherhood. 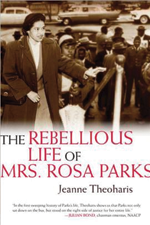 Popular culture has a way of reducing iconic figures to cardboard saints. This definitive biography is a long-overdue correction of widespread misperceptions of Rosa Parks as an accidental activist, a meek seamstress who galvanized the civil rights movement half a century ago by refusing to give up her seat on a bus in Selma, Ala., to a white man. Parks was, in fact, committed for decades to fighting racial injustice. This book makes clear the price she and her family paid, in lost jobs, harassment and personal threats. 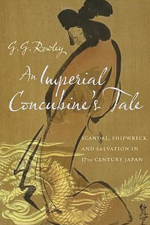 Rowley, who has written or translated several biographies of Japanese women, chronicles the story of Nakanoin Nakako, the daughter of a court aristocrat and an imperial concubine in dissolute Japan of the early 17th century. In 1609 Nakako became involved in a sex scandal and was sent into exile as punishment. But on her way to an island in the Pacific she was shipwrecked. She spent 14 years in a remote village until a reprieve finally allowed her to return to Kyoto. In a radical change late in life, she entered a convent and became a Buddhist nun. 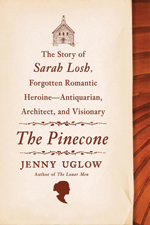 The Pinecone: The Story of Sarah Losh, Forgotten Romantic Heroine—Antiquarian, Architect and Visionary

The passion of creativity is an underlying theme in this absorbing biography of Sarah Losh, a wealthy young woman in Victorian England with gender-breaking interest in architecture, politics, mathematics and the sciences. Backed by her family’s fortune, she designed and built a country church in northern England that spiraled into a highly original work of eclectic influences. Among its many nature motifs were ornamental carvings of pinecones, an ancient symbol of regeneration. 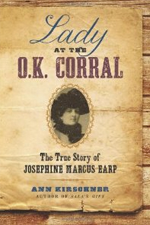 Lady at the O.K. Corral: The True Story of Josephine Marcus Earp

Street-smart Jewish girl meets the Wild West in this improbable story of the common-law wife of lawman and gambler Wyatt Earp. A daughter of Prussian immigrants, the vivacious and sexy 18-year-old Josephine Marcus took a different turn from the rest of her conventionally aspiring family by striking out for a life of adventure that took her to Arizona, California, Alaska and, finally, Hollywood. She was the partner of Earp for nearly half a century. Kirschner’s tale offers an interesting view of women’s life on the frontier. 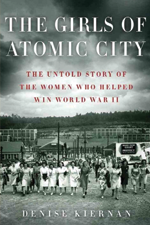 The Girls of Atomic City: The Untold Story of the Women Who Helped Win World War II

Thousands of young women from across the South who went to work at the Clinton Engineer Works in Oak Ridge, Tenn., in the 1940s were attracted by the prospect of a well-paying job. They had no idea that they were unwittingly leaving their stamp on history by enriching uranium for the atomic bomb. Interviewing some of those women, Kiernan found, besides fond memories of close friendships and shared purpose, a lingering sense of shame at learning the ultimate purpose of their work. 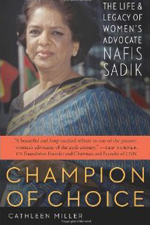 Plenty of women today are working to change history, but too few of their stories are told. Miller brings to light the life of Nafis Sadik, an obstetrician, wife and mother, and devout Muslim from India who is one of the world’s foremost advocates for women’s health and reproductive rights. After Sadik joined the fledgling U.N. Population Fund in 1971,her groundbreaking strategy for providing females with education and the tools to control their own fertility helped dramatically influence the global birthrate. 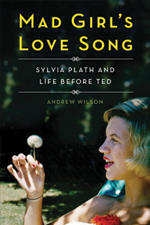 American Isis: The Life and Art of Sylvia Plath

Can we ever get enough of poet Sylvia Plath? Apparently not, as two new works attest, issued at the 50th anniversary of her suicide. Both draw heavily on primary sources to provide fascinating insight into Plath’s coming of age as a poet, marked by precocious talent, sexual insecurity and an erratic personality. Wilson’s is the more comprehensive and definitive treatment. Rollyson, taking his title from Plath’s own comparison of herself to the Greek goddess, is strong in looking at her deep conviction about her own genius and her tortuous marriage to the British poet Ted Hughes. 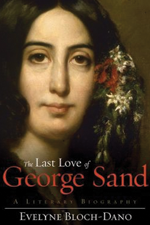 The Last Love of George Sand

One of the most celebrated writers and controversial figures of 19th-century France, George Sand (née Amantine Aurore Lucile Dupin) became famous for her bohemian lifestyle and a long string of tumultuous love affairs (with artists Alfred de Musset and Frédéric Chopin, among others). Bloch-Dano has mined the often overlooked final years of Sand’s life, when the deep contentment she found with her last lover, a talented young engraver, brought a great rush of literary productivity. 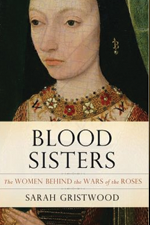 Blood Sisters: The Women Behind the Wars of the Roses

The Wars of the Roses is considered a “cousins war.” Both the House of Lancaster and the House of York had valid claims to the English throne as descendants of Edward III, and their dynastic conflicts tore apart the ruling Plantagenet family in 15th-century England. Every family conflict invariably involves the women. Gristwood looks at several of the mothers, wives and daughters who had a hand in the affairs, paving the way for the Tudor age and the creation of modern England. 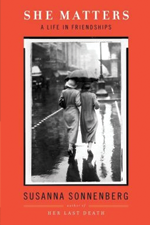 She Matters: A Life in Friendships

Sonnenberg explores the strengths, weaknesses and delicate nuances of friendships between women as viewed through a lens of her own relationships — from the ephemeral to the enduring — and their importance in her life. Readers will find much to identify with in this funny and candid memoir. 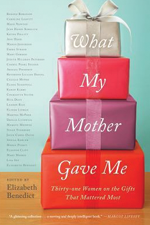 What My Mother Gave Me: Thirty-One Women on the Gifts That Mattered Most

There’s no getting away from the fact that mothers shape our lives and relationships in profound ways. This collection of essays by women writers, including prize-winning poets and novelists, looks at the many permutations of mother-daughter relationships through touchstones ranging from quirky habits to treasured objects. Joy, pain, regret, humor, this book covers all the emotional bases in a well balanced selection. 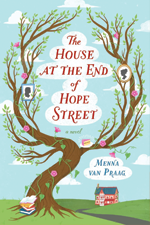 The House at the End of Hope Street

In this imaginative debut novel, a disenchanted academic in Cambridge, England, stumbles into an enchanted house that offers a chance for her to rethink her life. Past residents such as George Eliot and Beatrix Potter offer their own hard-earned wisdom as talking portraits on the wall. Disguised as a fairy tale, the book is ultimately a tribute to hope and feminine resilience.

15 Popular Books from 30 Years Ago