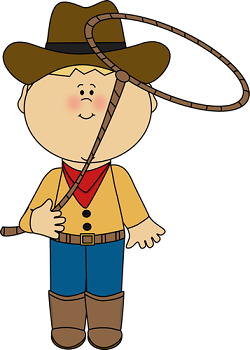 As not enough of the world knows, I write thrillers and mysteries, 12 to date. I love doing it, and have gathered some great reviews from people I don’t even owe money to.

But I’m only human, and can’t help being a wee bit envious of more financially successful authors. (“Wee bit” might be an understatement; if anything untoward happens to some of these authors, I’ll probably be a prime suspect.)

Needless to say, when I’m not feeling sorry for myself, I often wonder if I could duplicate some of the mega-authors’ success by imitating them. That is, by switching genres.

The temptation is powerful. And, of course, sex comes to mind. No surprise there. The Mayo Clinic did a study in which it found out that the only time the typical American male doesn’t think about sex is when he is playing golf and his thoughts revolve around suicide. (I just made all of that up.)

Fifty Shades of Grey, originally a self-published e-book by British author E.L. James, has now been read by a gazillion people, all lured by the abusive, demeaning, sadistic, and violent sexual relationship between a college graduate, Anastasia Steele, and a young business magnate, Christian Grey, who apparently has no visible means of support except his billions.

Hell, I could write a tender love story like that!

But I have decided not to go that route, at least until I can think up a suitable pseudonym. Instead, I have started a series of children’s books. (Bet you didn’t see that coming, did you?)

My wife has been bugging me for decades to write the Cowboy Bob bedtime stories I told my two boys when they thought I was the cat’s meow and listened to me. (They were VERY young.)

Unfortunately, I do not remember most of the original stories. I’m just happy to recall that it was Cowboy Bob and not, say, Cowboy Fred. I considered using some of the Cowboy Bobs I now tell my grandkids. But at the last recitation, Bob was chasing a one-armed alien through Alaska.  I may have to tweak that plot a bit before I publish it.

So I’ve started from scratch.

To tell you the truth, I had no clue where scratch was. But Turner Classic Movies came to the rescue. I recently caught “Meet Me in St. Louis,” the 1944 film about the four beautiful Smith daughters and their social quandaries when the family patriarch tells them they have to move from St. Louis, which is about to host the 1904 World’s Fair. It’s a delightful Judy Garland movie in which Margaret O’Brien, playing little Tootie Smith, steals every scene she’s in.

So, I’ve set my children’s books in 1904 St. Louis, where my version of Tootie and her older brother run into a geriatric Cowboy Bob, who relates stories of the Wild West even more amazing than the World’s Fair.

Of course, a children’s book has its own challenges, especially for someone who writes thrillers heavy on mayhem. The Wild West wasn’t called the Wild West for nothing. My earliest effort raised some eyebrows because I introduced a little color. The color was red. So, out came any references to scalping and the like. I have to say, writing about cowboys and Indians (I know, they are Native Americans; I explain the context in the book) without scalpings and massacres is not easy. But I managed it. I feel pretty good about that.

I also feel pretty good about not trying to capitalize on the current wave of books dripping with perverted sex. I’m very proud of my first Cowboy Bob book, Fifty Shades of Buffalo.

Only kidding. That’s not the title.

Lawrence De Maria is a former Pulitzer-nominated New York Times journalist and author whose ebooks are available on Amazon.com.

All Politics Is Vocal

How to be (effectively) outspoken on paper.

Watch What You Read

Following your favorite characters to TV