How real-life events overtook my novel. 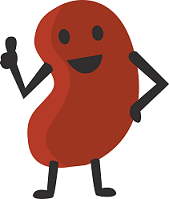 At the racetrack, my “sure winner” nags were almost always overtaken at the finish line. Actually, many were often passed on the backstretch. And I seem to remember one thoroughbred who probably would’ve been lapped had the thundering herd done another circuit. I think the horse was a gelding and might have been thinking about taking revenge on the veterinarian.

But if my memory serves me (which it does less frequently as I age), I have never written a book in which I have been overtaken by events.

My latest masterpiece (why is my keyboard making laughing sounds?) concerned a scientist who has developed an implantable “biogenic” kidney that uses genetically spliced pig tissue. I have written about CRISPR, the gene tool that lets scientists cut DNA, so I do know a little about the technique.

And I had a brilliant doctor pal who experimented with pig kidneys in the hope of helping humans who’d lost renal function. But like most people who tried it, he ran into the human body’s robust immune system, which usually rejects implants from other humans, let alone from Porky Pig. (The pig kidney, by the way, is similar in size and makeup to its human counterpart.)

However, if a scientist using CRISPR could alter pig DNA…

Voila, a book idea. I can’t go into more details but suffice it to say the artificial-kidney invention is not very popular in certain profit-oriented medical circles. Hitmen of the world, unite!

Then I read this in the New York Times:

“Surgeons in New York have successfully attached a kidney grown in a genetically altered pig to a human patient and found that the organ worked normally, a scientific breakthrough that one day may yield a vast new supply of organs for severely ill patients.

“Researchers have long sought to grow organs in pigs that are suitable for transplantation into humans. Technologies like cloning and genetic engineering have brought that vision closer to reality in recent years, but testing these experimental organs in humans has presented daunting ethical questions.

“So, surgeons at N.Y.U. Langone Health took an astonishing step: With the family’s consent, they attached the pig’s kidney to a brain-dead patient who was sustained on a ventilator, and then followed the body’s response while taking measures of the kidney’s function. It is the first operation of its kind.”

Yada, yada, yada. The lengthy story went on to say that the genetically altered pig kidney was not rejected by the host and worked admirably in cleansing the patient’s blood. The surgeons had tweaked the pig genome so that it was not recognized as alien tissue by the patient’s immune system.

My CRISPR innovation was now old news. I’ve had to rewrite most of my book. And I hate to rewrite!

Thankfully, I pen thrillers, so the impact is somewhat muted by the fact that to make the plot flow, I just kill more people. In fact, I’ve had to control myself lest more characters die from my mayhem than would die from kidney disease.

My next book will have a topic that can’t be overtaken by events. It’s about a billionaire who builds a spaceship…

Lawrence De Maria has written more than 25 thrillers and mysteries available in print or digitally on Amazon or at www.lawrencedemaria.com. At the start of one racing meet, he once bet on a horse because its past performance indicated that it won its first outing in even-numbered years. Unfortunately, he didn’t notice that the horse had been “running” since the Crimean War. The ancient nag finished last, just ahead of the glue wagon.