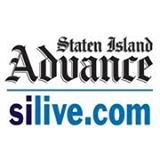 In a recent Facebook post, David Stewart, the head honcho of the Washington Independent Review of Books, commented on the sad state of print journalism.

Not the quality of said journalism, which is open to debate, but its reach, which is shrinking faster than the length of my golf drives. Using figures provided by Richard Tofel, president of ProPublica, Dave noted that 2015 “paid” print circulation figures for the nation’s largest newspapers (as opposed to promotional sales figures) point to a collapsing market.

Since many mid-sized newspapers still depend on print advertising for the bulk of their revenues and have not succeeded in monetizing their online presence (if they have one), this does not bode well for them.

As more and more people (especially in the younger generation) gravitate to the Internet for their news, the necessity for ink-based reportage will diminish to the point that fewer big-city papers will survive. I suspect that the New York Times and the Wall Street Journal, our two “national” papers, may make the cut, and, perhaps, the Washington Post (beltway politicos like to see their pictures). And, of course, the weeklies that serve small-town America (many of which are free) will hopefully endure. But everything in between may go the way of the triceratops.

On a personal level, I find this all very sad. In the early 1960s, my family moved to Staten Island. (By the way, Dave also comes from “the Island.” There may be something in the water.) I spent my freshman year at the local Wagner College, where I was on the baseball team. One day, I was returning home when a neighbor sitting on a porch yelled over to me. Staten Island back then was more like Iowa than a New York City borough.

“Nice game against Manhattan,” he said.

I was stunned, and wondered how the man knew I went two-for-four at Manhattan College the previous day. I hadn’t even told my mother. So I asked him.

“It’s in the Advance today,” he explained.

He showed me. In the sports section of the Staten Island Advance was a small story about my heroics on the ballfield. The story was slightly off. It credited “Larry De Maria” with two singles (or “bingles,” in local sportese) when one of my hits was actually a double (someone more fleet of foot probably would have legged out a triple). But I didn’t care. I was in the paper!

I was astounded to learn that just about everyone not in Pampers on Staten Island read the Advance, which had a circulation of 70,000 in a borough of 200,000 people!

I kept that baseball clipping in my wallet until it fell apart. I eventually replaced it with clips about my two sons’ athletic prowess. (By the way, those two hits were the only ones I ever got. I don’t even remember why the coach put me in that game. I think the team was ravaged by the bubonic plague, and he was shorthanded. Ahem, be that as it may, I did bat .500 in my college career.)

A few years later, I wound up working at the Advance, which kick-started my journalistic career. I had much bigger stories when I eventually wrote for the New York Times, but I never felt more like a journalist than when I covered various beats on Staten Island (mostly politics and crime, which meant I was often writing about the same people).

Today, the circulation of the Advance is reportedly below 40,000, in a borough of 500,000 people! A paper that was once a must-read is being crushed by the Internet. (Sad to say, my Pampers analogy may not hold water anymore, since Staten Island now has many nursing homes and assisted-living facilities, where many of the paper’s loyal readers now reside.)

Was the Advance perfect? No. (Remember that double I never got credit for? I do.) Did I agree with its political bent? Rarely. Did I clash with my editors when I worked there? All the time, especially when they were right. I was a young know-it-all pain in the asterisk.

But the Advance in its heyday was the quintessential hometown newspaper. It covered ball games (down to Little League and bar teams); marriages, deaths, promotions, accidents, crime, elections, Rotary and other civic meetings, church groups, you name it. Staten Island communities were towns with names (Tottenville, New Dorp, West Brighton, Rosebank, Midland Beach, Port Richmond, St. George, and a dozen more). The Advance covered them all. It made Staten Island, Staten Island.

There once were scores, maybe hundreds, of such papers in this country. And they have died, or are dying.

In the near future I seriously doubt some kid will walk home and have a neighbor yell out, “Nice game,” unless his mom put it on Facebook.

Lawrence De Maria, once a Pulitzer-nominated New York Times reporter, whose golf shots also rarely get out of the infield, has written more than a dozen thriller and mysteries on Amazon.com. His most recent mystery, Turtle Dove, is available at ST. AUSTIN’S PRESS (BOOKS BY DE MARIA).