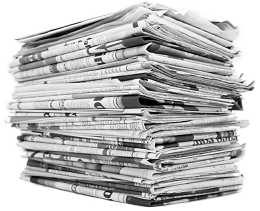 I teach students from all over the world, ages 18-21. The subject is English composition, particularly the academic essay, but the class is about organizing your thinking and socializing your ideas.

Critical thinking, rhetorical analysis, proper attribution, and REASONING are the means, the tools, for individuals to discipline their minds to absorb information without bias, consider all sides of a subject, maintain objectivity to the extent of understanding other’s opinions, and then genially share an opinion in response. This is the goal of education.

One microcosmic example of the way I teach my students: I tell them early in the semester, and repeatedly throughout, that the best way to discipline yourself to critical thinking is to read newspapers on a daily basis.

Of course, they aren’t newspapers anymore, they’re websites. And, of course, who needs to read when you have CNN and the other 24-hour cable news outlets, each with a specially cultivated, market-tested niche along the political spectrum of rabid stupidities? So, I have to think outside the box to encourage my students to sort through their media sources.

A small percentage of college students in America have some training in the importance of detached perspective. Those who are unable to make it through college are severely challenged to attain that level of intellectual work.

They remain behind in the solipsistic world of emotion and emotional manipulation. And their increasing numbers, and the increasing naked power-grabbing of the fasci-conservative leaders in the U.S., mean that the great American Experiment of self-governance is coming close to failure.

It is altogether possible that the thin skin of civilization, inevitably, is about to be flayed. Yet, if I could forestall it, I would. And it seems to me that a reasoning media elucidating facts for an educated population would be ideal.

That’s the work that needs to be done, and has needed to be done, for too long. Rich people who crave power train/condition/frighten uneducated people to vote against their own interests and have for decades corrupted and undermined the work of the government itself.

It’s the job of a properly functioning democratic society to prepare its children for the rights and responsibilities they assume upon reaching adulthood. Reading, critical thinking, education: These should be the goals of the towns and cities of the U.S.

It’s not about getting a job or making money. It’s about training children’s minds to ward off the sweet lies of hucksters and fat-blind rich people; to know that emotion is okay, but reason is far better. That reason is what our society is based on. That emotion as the prime feature of social, governmental, and media relations will destroy the United States of America. That re-investing in public education, in teacher training, in teacher pay, in schools, in classes, is the answer.

That without that, and with the further expansion of technological isolation between people, civil war is nigh. Just as climate devastation is nigh, even if we start to invest in renewable energy.

A reasonable newspaper or news outlet would say this. A reasonable society would recognize it and apply it to their own democratic governance.

The Washington Post adopted the slogan “Democracy Dies in Darkness” after the current Republican administration took over in 2017. At least they see and are attempting to address the truth. I see Chris Cuomo on CNN sorting through scandal and corruption stories with detachment, and he must know they are already planning to come for him.

The story is being told to us every day in the news. We know the story. Unless we stop it, it will only get worse. Those fenced-in boxes in warehouses out West won’t just be for immigrant children. They will be for us.

How can we stop it? We must read, think, and act with reason (not emotion) and with the goal of educating (not of wielding power). Critical thinking will help us reconstruct our fraying social connections. So we must support a free press.

Y.S. Fing knows that moderates are the first ones attacked in civil war.