More and more people show no respect for writers. They don’t even honor the old-fashioned etiquette of buying your book. 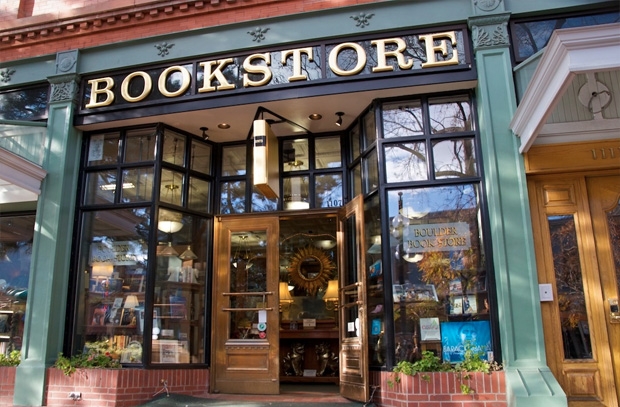 We live in book-hostile times. Literary agents are resigning, advances diminishing, bookstores folding, public libraries downsizing, and newspaper book review pages dwindling. About all that’s left are those book parties friends throw for us or the events bookstores still host for us. But even there things can turn to Prozac moments.

The problem: more and more people show no respect for writers. They don’t even honor the old-fashioned etiquette of buying your book.

A few months ago I went to a book party for a writer who had just published her first book. It was a very good book with a good publisher and received good advance reviews – no small feat. The party was at a beautiful home and attended by many beautiful people. Fine wine, fine food, and fine conversation were in abundance, as were copies of the author’s fine book. When the party’s host said a few kind words about the book everyone applauded.  And when the author spoke, yet more applause.  Ah, the joys of such moments! Yet when it came to buying her book, which was reasonably priced, people ever so ingeniously headed for the door. Many did not even bother to flip through the pages of her novel. By the end of the evening the food and wine were gone; only a solitary stack of unsold books remained. Though we all write for the love of it, we do, nonetheless, need some measure of economic endorsement.

I ask: who are these drink-and-dash types? In the name of Mark Twain, would it tilt their ATM balance if they opened their wallets and bought a book?I mean, the price of the wine and food they had could almost have paid for a book.We writers would be happy if even that cost-benefit analysis prompted them to purchase one of our books. If pragmatism does not move them, then perhaps kindness might. No?

Some people are cleverer and less crass.  “I just downloaded your book on my Kindle and can’t wait to read it,” they tell you as they savor a glass of Twomey Cellars Merlot. Could be true. Then again, maybe not. In those instances when it is true, the decent thing to do would be to bring your e-reader and show the author you are being honest. We accept digital affection, too.

Bookstores. It’s harder than ever to secure a book event at places like Politics & Prose bookstore in Washington, D.C.or Elliott Bay Book Co. in Seattle. Authors compete in earnest for the chance to get sixty or so minutes of face time in such scarce venues. If you are lucky and your friends turn out in droves, how many of them will buy books? They may chat with you, ask questions, congratulate you, or even tell you that they plan to check your book out from the library, which might be all right if they actually persuaded the local librarian to secure a copy. Yet when the bookstore event is done, the harsh reality is too often a bust – except, of course, for the likes of Doris Kearns Goodwin, Sheryl Sandberg, or Dan Brown.

Despite the widespread lament about the vanishing American bookstore, relatively few people think about the importance of supporting such stores by buying books from them. How many come to book events at places like Tattered Cover Bookstore in Denver or Book Soup in Hollywood but then buy the author’s book on Amazon? Good for books, bad for bookstores. Not surprisingly, some bookstores, such as The Strand in New York City, now charge people to attend their book events, with the fee being a store credit. On a related score, it was notable that last January people had to purchase tickets to hear Justice Sonia Sotomayor speak at GW’s Lisner Auditorium in connection with her book My Beloved World.  The cost of the ticket was the price of the book. The not-too-subtle message: no freebies!

If you are a public figure or celebrity author you have such options (though I think public officials, including judges, should not avail themselves of them). Most of the rest of us mortal authors, however, do not have such capitalistic opportunities. Instead, we rely on the quality of our work, the consideration of our friends, and the good will of a reading public to buy our books.

You say you believe in books, you want to support local bookstores, and you want to encourage writers to keep writing?  Okay. We appreciate your solidarity. Since you are sensitive to our plight, why not show some respect, and show some class, too – buy a book! Dare I say it is bad etiquette to do otherwise? Keep that in mind the next time you are at a book party having your second glass of Pinot Grigio and third serving of crab cake hors d’oeuvres.

Ronald Collins is a member of the Editorial Board of the WIRoB, a law professor at the University of Washington, and the book editor of SCOTUSblog. His latest three books are Nuanced Absolutism: Floyd Abrams & the First Amendment (2013), Mania: The Story of the Outraged & Outrageous Lives that Launched a Cultural Revolution (2013), and On Dissent: Its Meaning in America (2013), the last two co-authored with David Skover. He will speak at Politics & Prose bookstore on August 1st in connection with his dissent book.

My Road To Self-Publishing

Darrell Delamaide writes about his journey from traditional to self-publishing.