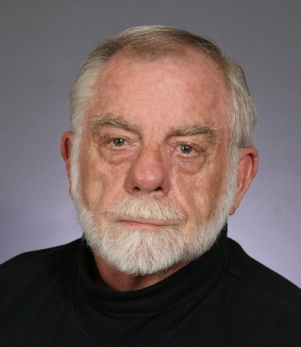 War hurts. Soldiers know that hurt. But we Americans have had no combat on our own territory within the memory of any living citizen. On Memorial Day, some of us celebrate war. The only ones among us who know war and know the hurt of war are soldiers. They more often mourn than celebrate.

Literature allows the reader to experience worlds she has never seen, and the literature of war allows her to feel the hurt. Combat soldiers have authored the best of that literature. Their books resonate with common themes — the bond among those who have fought side-by-side (an allegiance stronger than the marriage tie); the corrosive emotions of fear, remorse, guilt, shame, isolation, and despair; pride in service; the need for healing.

These books immerse the reader in life as it is in the combat zone — the boredom, the humor, and the tragedy. They also plunge us into the mental and physical anguish war inflicts. I believe all the soldier-writers I have read suffered in varying degrees from a spiritual disease called by different names in different wars — shell shock in World War I; battle fatigue in World War II; and moral damage, combat stress reaction, battle trauma, and Post-Traumatic Stress Injury (PTSI) after Vietnam and the wars since. The victims are “casualties of the spirit .... forced beyond the limit of human endurance,” as John Huston described them in a 1946 documentary. “The only people who can forgive me,” Iraq and Afghanistan veteran Timothy Kudo wrote in 2013, “are the dead.” When the ordeal becomes intolerable, soldiers take their own lives. Last year, the military lost more active duty members to suicide than to enemy fire.

I know PTSI intimately. It still lives in me today 38 years after the fall of Saigon. My writing about the Vietnam war has helped heal me. And I learned that the challenge of healing is honesty: can I admit to the terrible things that happened and my role in them? The finest of the soldier-writers have done that. Their tales are harrowing.

War books are many and range from the comic (M*A*S*H by Richard Hooker, 1968) to the spiritual (A Good Scent from a Strange Mountain by Robert Olen Butler, 1992). A few broach the agony of soldiers (the novels of James Jones, Normal Mailer’s 1948 The Naked and the Dead) but stop short of exploring it. Tim O’Brien’s work caught the ugliness of GIs fighting in Vietnam’s jungles and rice patties but too often, for my taste, wandered into the imaginary refuges of his characters. In contrast, Matt Zeller, writing about Afghanistan in his Watches without Time (2012), briefly and without flinching, details a soldier’s struggle to come to terms with his combat experience.

Three writers focus on soul damage. They confront the pain of war with naked honesty.

The first is Erich Maria Remarque, a German veteran of World War I. In his All Quiet on the Western Front (German: Im Westen nichts Neues, 1929), he depicts a German soldier so battered by war that he cannot function in civilized society. The book was too powerful in portraying war damage. The Nazis banned it.

The second is Karl Marlantes — Matterhorn (2010) and particularly What It Is Like to Go to War (2011). Both books are so graphic that I had to stop reading from time to time to get my own emotions in check.

And the third is Grady Smith. In 2012, he published Blood Chit, the story of a spiritually devastated soldier who cannot outlive his combat experiences. That book will resonate in my memory for years to come.

Perhaps, as so many writers on war have suggested, we Americans can learn from our soldiers and consider soberly the need to send our 18-year-old men and women into combat, an unspeakable experience that will change them forever.

See Tom’s reviews of What It Is Like To Go To War and Blood Chit. Also see Tom’s new Q&A with authors Karl Marlantes and Grady Smith.


Writer Tom Glenn spent thirteen years shuttling between the U.S. and Vietnam on covert assignments. He escaped by helicopter under fire during the fall of Saigon. His published Vietnam book is Friendly Casualties, available as a Kindle book on Amazon.com.

A Q&A with Author A’Lelia Bundles about her great-great-grandmother, the subject of her book On Her Own Ground: The Life and Times of Madam C.J. Walker.