Between Obligation and Desire

An interview with Des Cooper 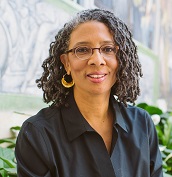 In June, I found myself at my first-ever writer’s retreat at the Interlochen Center for the Arts in tiny Interlochen, Michigan. A music camp since the early 20th century, Interlochen now also plays host to all types of artists, including writers.

There, I had the pleasure to meet and learn from Michigan-based author Desiree Cooper, who was leading the short-story seminar. Cooper’s 2016 debut, Know the Mother, is a collection of flash fiction (short-short stories). After hearing a craft talk that she gave, which drew from a recent essay of hers for Origins Journal called “Writing into the Blindness of Race,” I knew I needed to read her fiction. Once I did, I asked if I could interview her for the Independent.

Like my own, Cooper’s debut came rather later in life, her creative writing having taken a backseat to a career as a lawyer, journalist, and advocate for women’s reproductive rights, and been squeezed into the spaces between caregiving for children, then grandchildren, and now parents.

The theme of obligation overtaking dreams, desires, and even identity is strong in Know the Mother, no more so than in the title story. In the following interview, Cooper and I discussed that theme, as well as — both of us being debut authors of a certain age — understanding that time is not to be taken for granted.

Did you initially set out to develop a collection of stories that speak to a theme of caregiving/mothering, or did you simply find that you had a large body of work that took that path?

It took me 20 years to write this slim collection of stories. Being a mother and wife had everything to do with both the themes of the book and my laborious process. The conflict between the imposed role of caregiving and my life’s desire to be a writer has had me feeling creatively stifled, repressed, and unfulfilled most of my adult life. It’s no surprise to me that every time I sat down to write, my stories touched the theme of gender and the trade-offs women must make in order to be themselves.

Your story “Nocturne” explores the lifelong tension between obligation — even when it’s a loving obligation — and desire, which seems like something you’ve had to wrestle with. Do you have that sense of needing to make up for lost time?

That’s so funny. When I had a desktop computer, I had a Bible verse taped below the screen. I’m not particularly devout, but the verse was from Joel 2:25: “I will restore to you the years the locusts have eaten.” I have a profound sense of lost time when it comes to my art. That verse spoke to my grief for all that I haven’t yet had the time or resources to write. I love the idea that somehow the reward for my commitment to family will be warp-speed productivity in the latter half of my life. If there is a God, that would be one of my prayers.

Unlike the main character in that story, who wanted to be a concert pianist, it’s never “too late” for a writer, is it? Don’t we get better with age?

I remember my friends happily telling me that Doris Lessing won a Nobel Prize in Literature at age 89. (Read: There’s still plenty of time for you!) But the idea made me furious. Are we as women really supposed to wait until old age to self-actualize — and be grateful for that? (This does not apply to Lessing, by the way, who was as prolific her whole life as she was profound.)

While writers may have a longer work life, it’s not true that they have all the time in the world, or even that they get better with age. I was in an accident in 2015 and have been recovering from a traumatic brain injury ever since. Rather than affecting my mobility, the accident has affected my facility with language and concentration. At the same time, I’m taking care of my parents — both in their 80s — who have memory issues. I can’t help but wonder how much longer I will be able write a cogent paragraph, even though, at 57, people will try to assure me that I’m still “young” (in writer years).

Tomorrow is not promised, no matter your age. At this point in my life, I feel a healthy urgency to get it done before it really is “too late.”

Do you feel like you’re winding down on having so many obligations and can now allow yourself more freedom to pursue the track you want?

Yes and no. The accident pulled me out of an intense professional and political life advocating for women’s reproductive rights. In some ways, it’s been a forced retirement, if only a temporary one.

But at the same time, my family obligations are only multiplying. My parents can no longer live alone, and I’ve had to leave my home of 30 years to move to Virginia to stay with them. My millennial children have not fully launched, and my two grandchildren need a vast amount of daily support from me. I often say that this isn’t the Sandwich Generation, it’s the Hero Sandwich Generation. The pull of caregiving has only gotten more powerful.

But there is a difference. I have learned to manage boundaries and guilt. Actually getting a book published has made a lifelong dream become tangible, and with that reality has come a commitment to myself to be more disciplined in my practice. I don’t know if it will mean another book. But it will most certainly mean that I will put my writing first.

How did your career choices affect your fiction?

While practicing banking and bankruptcy at a major Detroit law firm, I learned so much about privilege and money. The pressure of working at a corporate firm taught me how to assimilate information efficiently, digest it, and use it to make a point.

My longest professional stint has been as a journalist — mostly as a columnist for the Detroit Free Press, and also as a commentator for public radio. I wrote about gender, race, and child welfare, with a generous number of profiles sprinkled in. Journalism clearly taught me compression, so much so that when I had room to stretch as a fiction writer, I couldn’t. If there was no such thing as flash fiction, I would have had to invent it.

My activism has been around women’s rights and reproductive freedom. As an activist, I’ve learned that storytelling is far more powerful than rhetoric. When I sat down to write fiction, I wanted to illuminate how the subtle forces of racism and sexism work in the most intimate spaces, influencing relationships and life choices. I have no interest in preaching. I only care about creating empathy.

Would you describe your going to law school as part of that sense of obligation, or was it what you truly wanted at the time?

Obligation. I was born to middle-class, striving parents and was part of the first generation out of the Civil Rights Movement. It was our job to walk through the doors that had been opened for us by those who marched, protested, and gave their lives. In that milieu, writing was not a job, it was a hobby.

I majored in journalism as an undergraduate because that was the closest thing to a writing job. I went to law school because I knew I couldn’t live independently without more education. I was five years into law practice before I realized that I couldn’t thrive in a life devoid of creativity. I left to join the nonprofit sector, but it was 12 years before I landed in journalism as a columnist.

Do you consider one story in particular as serving as a climax of the collection?

I’m not sure I have a story that represents the climax of the collection. But the title story was the first that I wrote decades before my own mother was diagnosed with Alzheimer’s. It remains the axis of the stories: Women’s lives are so invisible and so overshadowed by the mantle of “mother,” that we really don’t ever learn who they really are.

In both “Reporting for Duty, 1959” — the story I was most haunted by — and “Home for the Holidays,” the car becomes a fraught space, a space that magnifies the everyday frustrations we all share, but then it also becomes an acute source of vulnerability for African Americans. Instead of representing freedom, a car trip is a gauntlet to be overcome, or even survived. Thoughts?

I didn’t realize until I’d finished the collection how many [of the stories] include a scene in the car. The car is iconic in American history but, for different reasons, in black history as well. It was a safe bubble in which black families could travel this country, as long as they stayed in the car and followed the rules of the road. It represented freedom as well as danger. To this day, the predominant reason for African-American tourism is to visit family (especially family reunions). There’s a reason for that.

In Detroit, it was the thing of lore for African-American auto workers to pile the family in their new American car and visit the folks down South. There was no greater pride! From a craft point of view, however, the car is perfect for flash fiction. It’s a setting of ready-made compression in terms of emotion, tension, and action. It also gives the story a temporal arc: something has to happen between leaving and arriving.

My sense is that Michigan seems to have a particularly strong support network for writers. I often hear about Michigan writing programs, and obviously we met at Interlochen. Is that the experience that you’ve had — beyond, for example, having a publisher call out across the parking lot for you to send your manuscript even before you had one?

Yes! The whole reason that the publisher suspected that I was sitting on a horde of stories was because he heard me read at a number of community events. Detroit is crawling with creative energy, reading series, and writing groups, especially now. I find great collegiality and a significant amount of cross-pollination among Detroit writers (i.e., writers are crossing racial, gender, and geographic lines).

I was pushed to take my craft seriously while sitting at coffeehouse sessions with the Detroit poet, Vievee Francis. She took many writers under her wing and was personally responsible for preparing them to be professional. I can’t say enough about Wayne State University Press, whose Made in Michigan Writers Series has opened the doors to so many diverse voices, and Kresge Arts in Detroit, which has catapulted so many Detroit-area artists into the national limelight.