Learning as You Go

Encountering raptors and royalty on a recent Scottish sojourn. 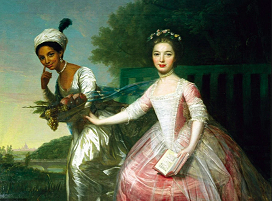 However far in advance I plan a trip, however much I want to read up on the history of the places we’re going to visit — or even to cheat and just watch the movies that feature those places — it never actually happens.

I’m forever approaching locations that are steeped in historical relevance with only the foggiest recollection of the crucial details from a long-ago class or book, so that I’m always playing catch-up while I’m there.

If there’s an upside to this, it’s that I then choose the things that truly captivate my imagination during the visit and do the reading after I’m back home.

Thus, the first thing I did after a recent trip to Scotland was to sort through my to-be-read stack and pull out Helen Macdonald’s 2014 award-winning memoir, H Is for Hawk. That’s because, in a little spot called Auchterarder in Perthshire the previous week, I’d had my first hands-on experience with falconry, which was thoroughly magnificent.

What I didn’t realize until I started reading Hawk was how much of White’s life — from his nightmarish childhood to his tortured adulthood — Macdonald draws upon in telling her story of grief and goshawks.

In particular, Macdonald relates White’s failed attempt to train a goshawk named Gos. White reveals his ignorance in his book The Goshawk, describing his obtuse and heavy-handed approach to training. It’s a relief to know that Gos eventually escaped her schoolmaster’s mistreatment, something that White never could.

In her book, Macdonald, whose own fascination with raptors started very early and took practical form — she trained and flew them, worked with falconry clubs, and had lots of falconer friends — is working through the grief of her father’s sudden death when she decides to get a goshawk.

These birds, large and muscular, have a reputation for being difficult, headstrong, and bloodthirsty, and Macdonald’s friend Stuart tries to talk her out of it, even offering her a beautiful peregrine instead.

Readers are as happy as she that she followed through on her impulse and came home with Mabel. Following along as she trains Mabel — “mans” her, in falconry parlance — made me nostalgic for a time, place, and experience I’ve never actually had.

What is it about Americans reading of even contemporary Britain that makes us long for an imagined romantic Victorian past?

“Old England is an imaginary place, a landscape built from words, woodcuts, films, paintings, picturesque engravings. It is a place imagined by people, and people do not live very long or look very hard. We are very bad at scale…We are bad at time, too.”

Indeed, falconry was for centuries the sole province of aristocratic men who owned vast open tracts of land that were theirs alone to hunt. Native goshawks were eventually wiped out in England, in significant part because gamekeepers killed them. The wild nesting pairs that exist today are a result of reintroduction and escape. Perhaps Gos’ descendants are numbered among those now flying free.

After his failure with Gos, White successfully trained other raptors, and the result of his experience informs his magical tale of the boy who would be king, and makes children want to be both the falcon and the falconer. Macdonald’s book reminded me of the joy I had felt in spending just a little time with Comet, the Harris hawk, while I was in Scotland, and left me wanting more.

The other experience that captivated me on my trip was a visit to Scone Palace; its location, Moot Hill, is where, for centuries, Scotland’s kings were crowned. We were fortunate to meet and chat with Lady Mansfield, wife of the current (eighth) Earl of Mansfield, about what it takes to maintain such a stunning and history-laden home.

But what most caught my attention was the famous portrait of which I’d heard but never actually seen, of Lady Elizabeth Mansfield and Dido Elizabeth Belle. The portrait had long been attributed to Johan Zoffany but was recently affirmatively credited to Scots artist David Martin.

The portrait is arresting not just for its subject and composition — a young white aristocrat sits with a book but reaches her hand out to catch the arm of a young black woman, sumptuously dressed, apparently hurrying by but with a mischievous grin and twinkle in her eye. What’s most arresting are the many questions that the portrait raises, a puzzle that demands to be worked out.

The movie “Belle” came out in 2014 and takes the usual Hollywood liberties with anything “based on a true story.” At the same time, biographer Paula Byrne released her book, Belle, which sets the portrait into the context of the available historical record and attempts to solve some of the portrait’s puzzle.

Both Dido and Elizabeth were grandnieces of William Murray, First Earl of Mansfield and the Lord Chief Justice, “head of the judiciary and President of the Courts of England and Wales.” Dido’s father was Mansfield’s nephew, Sir John Lindsay, a naval captain; her mother was a slave, probably named Maria, possibly from one of the Spanish ships that Lindsay captured. Dido may have been born aboard ship, or after her parents landed in England. There is no record of what happened to Maria.

However it may have come about, the earl and his wife, childless themselves, ended up taking in both Dido and Elizabeth, daughter of Mansfield’s nephew and heir, David Murray, after Murray’s wife died while he was ambassador to Vienna. The two girls, almost the same age, grew up together.

What’s perhaps not surprising is how little we actually know about Dido’s life, though Byrne is able to draw a compelling set of suppositions based on what we do know. One of the most interesting features of the story is the outsized role that the Earl of Mansfield, as Lord Chief Justice, played in defining the laws of slavery within England itself.

Whether or not he meant to, he is credited with establishing the legal precedent that slaves became free when they entered Great Britain (however much slaves remained the main labor force on the sugar plantations throughout its many colonies).

As a serious biographer, Byrne could only pursue conjecture so far. Consider that, until 1980, no one even knew who that other young woman in the portrait with Lady Elizabeth was. So many questions remain, with so many ways to come at the subject, that this story begs to be told in a novel.

I look forward to reading that book.

In this Year of Writing, our intrepid author attempts to clear a spot — on the table, on the calendar, and in her brain — to get some work done.