With a Little Help from My Friends

When it comes to writing a good query letter, it takes a village. 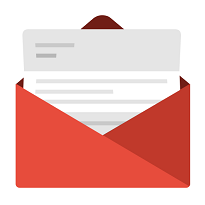 In the fickle business of publishing, it’s not unusual for a writer to go through more than one agent. Currently, I am seeking my third.

I’ve recently completed that crucial first step in publishing a book: writing it. The manuscript isn’t perfect yet, and that’s why I need an agent: to help me polish my precious stone into a glittering literary gem, and then (to belabor the metaphor) sell it to a publisher as a crown jewel.

So, now it’s onto step two, which starts with composing an agent-query letter. There are all sorts of helpful resources on the web on how to write the perfect query, but I don’t need them. As I mentioned before: third agent.

Also, writing a query letter is not that different from writing a book review. They both start with a hook that sucks the reader in, followed by a synopsis, and then an assessment of the overarching themes.

Unlike book reviews, however, a query letter should never be negative, and it doesn’t hurt to include some fawning over the reader’s impeccable literary discernment and amazing stable of talented authors.

I composed such a letter and sent it out to a select number of highly regarded agents. Some days later, I sent a few more. And then more.

Most literary agency websites advise that a response will come in four to six weeks if there is interest, and never if there is none. In my lived experience, an agent will respond immediately (as in, that day, or at the most, within a week) or not at all.

So here I was, 14 queries in and still not a single response. Last agent search, I estimate that I scored one response for every eight queries (then again, I have a Trump-like way with numbers, and it was years ago, so this statistic is totally unreliable).

Ahh, the next query received an immediate response. Aww, it was to say the manuscript wasn’t right for the agent, while kindly referring me to others within the agency: the oxymoronic “good rejection” that is such bittersweet manna to the querying author.

Yes, it was a no, but at least it was a response! And, since most agencies forbid simultaneously querying multiple agents within the same company, the agent was doing me a real favor (as opposed to a Trump favor) by not only steering me to other agents who may be receptive to my manuscript, but more importantly, by freeing me to immediately submit again within that agency instead of waiting the requisite four weeks.

Alas, there was no quick response from the second agent. More than a week has elapsed, so I’m assuming it’s a no.

Recently, two friends generously offered to take a look at my query letter. My first thought was, “I’m the Queen of the Query Letter!” My last query was praised by agents and writers alike. I’m looking for my THIRD agent. I think I know what I’m doing.

But if there’s one thing I’ve learned as a writer — besides humility, patience, persistence, and the power of believing in yourself — it’s to accept when others offer to read your stuff.

Be it a school paper, a cover letter, a novel, or a grocery list, it’s always a good idea to have someone review your work, which is why I so value my writing community, good people whom I rely upon for editorial insight, writing tips, publishing advice, reading recommendations, bitching sessions, commiseration, support, gossip, and friendship. My writing friends have been vital to any authorial success I have had.

Each friend had her own approach to the querying process, which told me that there is no one proper way to compose a query letter. The important thing is not the form the letter takes, but the character of its content.

They both advised me to cut down the synopsis. Keep it short and sharp, no need to drag it down with the mundane details of the plot.

One recommended I be more aggressive in tone and in selling myself. At her suggestion, I added a teaser to the hook, proclaiming the urgent timeliness of my novel. She also told me to flaunt it if I got it, so I mentioned the starred Booklist review of my debut novel, my public-speaking experience, publications that have interviewed me, and my appearance on the PBS NewsHour. Finally, she advised me not to name-drop my two former agents.

My other friend suggested I put primacy on my story and not the historical facts behind it, change the synopsis to present tense, and put more emphasis on my #ownvoices credentials.

Incorporating their suggestions while also staying true to my own vision, I revised the query letter and sent it off to four more agents.

Within a few hours, I had a request for the full manuscript.

I am not presuming that this is the end of my search, but I am hoping that the third time’s the charm, and I will find my forever agent. It could be a long slog, but I plan to make it all the way to step three — finding a publisher — and beyond with a little help from my friends.