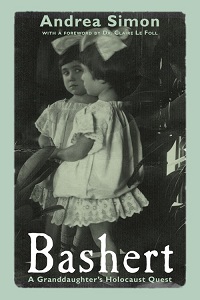 Samuel D. Kassow’s highly applauded Who Will Write Our History came out in 2007, following a long silence in the publication of Holocaust history. It tells the story of how the Polish historian Emanuel Ringelblum created the Oyneg Shabes scholarly group to capture and preserve the experiences of those trapped in the Warsaw Ghetto. The project, which began in 1940, is sometimes known as “the archives hidden in milk cans.”

The answer to Kassow’s provocative title question has emerged. Over 20 years later, it has led to a blossoming of Holocaust narratives. These include Judy Stone’s Resilience: One Family’s Story of Hope and Triumph over Evil; D.Z. Stone’s No Past Tense: Love and Survival in the Shadow of the Holocaust; Debbie Cenziper’s Citizen 865: The Hunt for Hitler’s Hidden Soldiers in America (reviewed here); and Heather Dune Macadam’s 999:The Extraordinary Young Women of the First Official Jewish Transport to Auschwitz (reviewed here).

Several of the narratives above were written by children or grandchildren of survivors. And the survivors themselves were able to contribute stories of their relatives and friends murdered by Hitler’s minions — in too many cases, aided by the neighbors of those victims.

Andrea Simon’s astonishing Bashert: A Granddaughter’s Holocaust Quest, first published in 2002 and recently re-released, tells not only the stories of what her research and interviews uncovered, but also — and perhaps more importantly — the story of her determined, compulsive journey to discover the truth about her extended family’s past. Both those who perished and those who survived.

What drove the author? What were her victories and what were her defeats? What kept her going? The memoir dimension of this brave and uplifting book answers these questions and serves as a model for similar projects.

Perhaps all of these confrontations and breakthroughs were fated; that is, meant to be. Such terms are the usual translations of the Yiddish word bashert that titles Simon’s book. Bashert, as well, were dozens of unexpected outcomes of adventures (and misadventures) that wind through the book.

Paramount is the independence and improvisation handed down to the author by her grandmother Masha, whose life seems to be a series of unexpected outcomes. Masha’s journey was a long one: from Volchin — the largely Jewish village of her birth in present-day Belarus — to escaping the death marches, moving to the U.S., then on to Israel and Berlin. Andrea follows her grandmother vicariously and, in her travels, chronicles the trails and trials of her family’s large, segmented odyssey.

Her research shifts the balance within the world of Holocaust history. It is no longer haunted solely by the sorrows and annihilations of Jews from Poland, Austria, Hungary, and Germany itself. The material and cultural landscape is pulled in another direction, taking us to Czarist and Communist Russia and their satellites.

For the Jews who found their way to these places only to run into the Germans’ often successful attempts to absorb them, Bashert is a story not so much of concentration camps and death in the gas chambers, but rather of pogroms and mass shootings at Volchin, Brest, the Brona Gora forest, and elsewhere. Simon discovers, over and over, that there are few innocent bystanders.

Her chapters are numbered, but more crucially, they are given one-word titles that trace the movement from concept to concept: protest, connection, longing, collaboration, isolation, annihilation, response, and survival. These are the steppingstones along a meaningful path that was clearly meant to be.