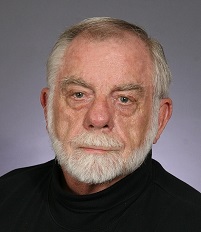 Tom Glenn has lived a hard life. However, he’s used writing as a catharsis to produce some well-received, harrowing fiction that exudes unmistakable truth and honesty. Critics have noticed, too. His first novel, No-Accounts: Dare Mighty Things, garnered the Somerset Award first prize for literary fiction. His latest, The Trion Syndrome, actually started winning awards even before it was published; in manuscript form, it snagged a string of accolades, including the grand prize in the novel competition of the Maryland Writers Association.

You’ll find more about Glenn, and be able to access his strong body of work as a critic for the Independent, here.

We swapped emails in early October.

Novelist Richard Bausch once said his secret to writing a novel was to find middle-class people and give them problems. With divorce, accusations of sexual harassment, and myriad other crushing events, you’ve certainly done that. What themes do you think dominate The Trion Syndrome?

The overwhelming leitmotiv of Trion is Post-Traumatic Stress Injury (PTSI). It drives and nearly kills the protagonist, Dave Bell, as it did me. It’s a moral wound, as described by Ron Capps in the foreword. Yet looming behind it is another theme — what it means to be a man. Dave’s struggle, in part, is with his own manhood and finding gentleness and nurturing within himself in opposition to the hyper-masculine model of the demigod Trion. In the end, he learns what it means to be a man from his son.

Talk about the Somerset Award. Do you look for outside validation and recognition, or is that something you shrug off?

The Somerset Award first prize for literary fiction for my 2014 novel, No-Accounts, is one of my most prized possessions. It provided me with external evidence that my own belief in my writing is well founded. Trion is too new to have won any awards post-publication, but in manuscript it won a string of prizes, including the grand prize in the novel competition of the Maryland Writers Association. I certainly don’t shrug off literary honors, and there’s always a part of me that doubts the quality of my own work. But, at bottom, my faith in my own gifts is what keeps me writing.

Without giving too much of The Trion Syndrome away, the story is drawn from many of your own experiences. Can you give us a few examples where the story veered away from you and more toward your viewpoint character, Dave, e.g., his interest in Thomas Mann?

Trion is more autobiographical than I’d like to admit. I certainly suffer from the maladies I’ve given Dave. I’m a linguist by profession (seven languages) and, like Dave, my love for German and for Thomas Mann is undeniable. And I’m certainly addicted to running and weightlifting. But I didn’t marry a woman also suffering from PTSI, never killed a child, and fathered no illegitimate children. I made Dave a large man (I’m average) to emphasize the idea of physical power endemic to the image we men aspire to. And I gave him an untapped streak of cruelty that I lack. Dave tries to cope with his memories by running away. I cope with mine by helping others — AIDS patients, the homeless, the dying. Dave discovers only at the end what I discovered in the beginning: that compassion heals.

How did you discover the Trion myth? Did it immediately resonate with you?

The Trion myth, like Thomas Mann’s novella, is fictional. When I returned from Vietnam after living through the fall of Saigon in 1975, witnessing (and to some degree participating in) massive death and destruction, and escaping under fire when the North Vietnamese were already in the streets, I was an emotional wreck. Among the things I did to try to right myself was to return to the study of Greek mythology. I found comfort in the unspoken lessons I derived from those superb stories. When Trion was in its genesis, I searched for a myth that paralleled Dave’s (and my) dilemma. Several came close, but none was ideal. So I invented the Trion myth.

This isn’t a romantic comedy. This is tough stuff. Was it draining or cathartic to write? Maybe a bit of both?

Writing Trion hurt like hell. But I learned early in my own struggle with PTSI — something Dave doesn’t discover until the middle of the book — that avoiding the pain of my own unspeakable memories only sickened me further. I wrote the book in part to force myself to face my own unbearable past. When I wrote the ending, where Dave resolves to face his past and overcome it, I found peace.

Truman Capote, reckless in his personal life, said he always knew his ending before he started and didn’t stray from that. At the other end of the spectrum, Mark Twain said he’d stop whenever the book stopped writing itself. Did you have a strict outline you followed, or did you let the characters take you in surprising directions?

I write by plumbing my unconscious. Some days, I don’t write at all — others, for 14 hours straight. I never know where the story is going until it gets there, and I don’t know the ending until the rest of the draft is finished. Once I have a draft, I go back and apply rational thinking to revise, reshape, cut, organize. I do an outline, but not until after the second or third draft is completed. The outline tells me where the structure is off and the rhythm’s not working. Then I rewrite.

For succeeding drafts, I go back into the non-rational mode, letting my subconscious feel its way through the text. On average, it takes me about 15 years to finish a book. Somehow, one day, I realize the book is done. I don’t have a clue as to how I do that. The one thing I’m sure of is that my characters become more real to me than anybody I know. They live out their lives while I watch and write down what they do and say.