An Interview with T.M. Logan

The mystery writer talks inspiration, complex characters, and the challenge of keeping readers in the dark. 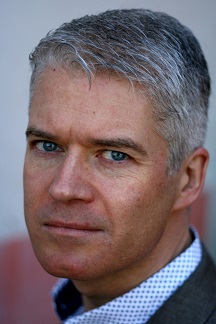 T.M. Logan’s debut novel, Lies, tells you everything you need to know in the title. Well, that’s not entirely true, of course. The plot is complex, and the string of untruths surrounding the lives of the characters will challenge even the sharpest of readers.

Lies revolves around Joe Lynch, a happily married father who lives a pretty good life with his wife, Mel — until, one day, he spots her car going into a hotel’s underground parking garage. This seemingly small event upends Joe’s life and makes him question everything he thought was true.

You worked for a long time as a journalist. How challenging was it to transition from reporting facts to writing fiction?

I’ve been writing fiction as long as I can remember, but it was a challenge because I was a journalist for eight years and I worked in communications for 12. So, in some ways, writing fiction worked as a kind of pressure valve for me where I would have an hour or two to write stories. It was a nice hobby to have. There was quite a lot that I learned as a journalist that I could apply to fiction in all kinds of ways.

Will you be writing fiction full time now?

I do some freelance copywriting for one of my old employers on the side, but I guess fiction is probably 80 percent of what I do now. I was never really sure whether I could make it work as a full-time profession, but so far, it seems to be going okay. And with Lies doing quite well, it certainly launched me in that direction. So, for now, the fiction side of things takes up the bulk of my time. I love to do it and I feel privileged to be able to write for a living.

How did the idea for Lies come about?

I had already written one book, which didn’t really sell, and I thought at that point that I needed to come up with something else. One summer, I went on holiday, and I was driving with my wife to France, throwing ideas to each other back and forth about what that next book might be about, partly because we needed to keep each other awake.

My wife happened to mention a friend of hers who had used Facebook to raise money for another friend who had died of cancer. They kept her Facebook profile alive to use as a focal point for the fundraiser, and that made me think: “Okay, so you can do that for that reason. What if you were to do it for other reasons, and how would it work if you wanted to throw someone off the scent for a serious crime?” That was when I came up with the four main characters in Lies, these two couples, and then it kind of went from there. I started to write the story a few weeks later.

The characters, in the beginning, are relatable to the point of being almost ordinary. But suddenly we start seeing that no one is quite what they seem. How difficult was it to keep readers in the dark about the characters’ true natures?

That’s one of the really tricky things that you try to pull off as a writer — when readers get to the end and go, “Wow.” That’s the thing I was aiming for, and it was difficult and it took a lot of work to get there. It worked in terms of tracing a line between being believable and plausible but also being surprising in the end. As a writer, I have to play by the rules. I can’t just introduce some crazy twist in the last 20 pages. It’s got to be something that, in the context of when you look back on everything, makes sense.

Was that unexpected ending planned from the beginning?

It was going to be that ending all along. I didn’t have all the details fleshed out, but I knew eventually it was going to get to that point in which things end the way that they did.

What writers have inspired your own work?

I’ve read a lot Harlan Coben, Michael Connelly, Tana French, Sophie Hannah, Stephen King, and so many others like Bernard Cornwell. At the moment, I also tend to read a lot of new fiction like Something in the Water by debut author Catherine Steadman, which is a really good thriller. Liane Moriarty is also brilliant. She’s the kind of writer that makes you think, “I’ve got a long way to go. I’ll never be as good as her.”

What advice would you give aspiring crime-fiction writers?

If you want to write crime novels, you should read widely in that genre, of course, but also read other genres, as well. Write every day. Get some people to give you objective feedback, even if it’s not all positive. If you want to write with the aim of getting published, also see what’s out there on the market. Look at your work as a reader rather than a writer.

I’ve written a second novel titled 29 Seconds, which has already been released in the U.K., with a tentative date to be released sometime in the summer of 2019 in the U.S. It’s about a woman whose boss is this predatory man who makes her life absolutely miserable. One day, she gets an offer from a stranger, who says, “I can help you. Give me the name of one person, whoever it is, and I’ll make them disappear.” At first, she dismisses it, but as the situation at work becomes worse, she decides to accept this stranger’s offer. So the novel deals with what happens next and how her life unravels as a result. It’s about right and wrong and moral choices.