An Interview with Sir Noel Malcolm

The noted — and knighted — author discusses power and triumph in 1500s Europe. 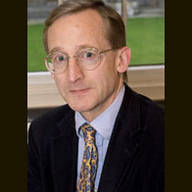 Sir Noel Malcolm is an historian and leading expert on the Balkans, as well as an authority on the ideas of the early modern period. He’s written 11 books of histories, biographies, and essays. Malcolm holds a senior research fellowship at the University of Oxford, and he was knighted by Queen Elizabeth in 2014.

His newest work, Agents of Empire: Knights, Corsairs, Jesuits and Spies in the Sixteenth-Century Mediterranean World, is a chronicle of the fault line between the Ottoman Empire and the small territory of Venetian-Albania which was under Christian rule, though geographically closer to the Ottomans. This sweeping epic takes readers through four generations of Venetian-Albanian men, the Brunis and Brutis, who found both glory and defeat as intermediaries in the region.

Which idea from the early modern period do you wish the average person understood better?

Sovereignty. One often hears people saying that the concept is now out of date because we now live in an interconnected or interdependent world, where no individual state can control everything that happens to it. But that is not a new development, and it doesn’t affect the real nature of sovereignty, which is a matter of final authority, not of total power.

Two of your books are on Thomas Hobbes, the first political scientist. When I read Leviathan, the culture in academia was focused on critical theory. Therefore, I interpreted his work as the ravings of a cranky old man with a dismal view of human nature. Today, with more life experience, I’m struck by how influential and relevant his ideas are, and I’m touched by his courage in writing about the less palpable truths of the human survival-drive. Hobbes was hopeful that peace was possible, that it could endure under the right conditions. Have your impressions of Hobbes changed over the years?

I’ve been reading and thinking about Hobbes all my adult life; I hope my understanding of him has grown, but I don’t think my fundamental impressions of him have changed. He was a bold thinker, fearless when it came to challenging received ideas, and original when it came to replacing them with a new vision of human nature and society. He may be famous for what looks like pessimism about human nature, but he should rather be famous for a qualified optimism about what humans can do: He thought that stable social and political life was possible, so long as people understood that it would always be an artificial human creation, resting on human wills and human consent.

Agents of Empire isn’t a straightforward history of Ottoman-Christian relations. You zoom in considerably and follow four generations of two patrician families, the Brunis and Brutis. What were the rewards and challenges of adding biographical content?

It’s not so much that I added biographical content, more that I began with a biographical detective story (trying to find out about one individual and his immediate family) and then realized that it led me into a whole series of big-picture themes and events. So once I decided to write it all up as a full-length book, it was always going to cover both the micro and the macro. The reward of biographical research is the feeling that you are getting to see things through the eyes of a real live individual; the challenge is that tracing one person’s life, if he or she was not especially famous at the time, can be like looking for a needle in many archival haystacks.

The Brunis and Brutis were multicultural, to use a contemporary word. As subjects of the Republic of Venice, they were fluent in Italian; as Albanians, they had their own distinct culture. They demonstrated cultural fluency by working with the Ottomans (on behalf of Venice). As non-Italian Venetians, they didn’t need to be close the center of power in order to achieve prominence; they needed only to be useful. Is this specific to the Republic of Venice due to its territorial makeup, or do culturally fluid people have an advantage in the context of empire?

I think this was especially true of the Venetian Empire, for the reason you give: it extended a long way from Venice, included Slavs, Greeks, Albanians, and others among its subjects, and was primarily concerned (for much of its history) with dealing with the Ottoman Empire. If you look at something like the Spanish Empire in the same period, of course you can find people from conquered populations who become agents, intermediaries, etc., but the general nature of the empire is more of a straightforwardly colonial and exploitative enterprise.

The Spanish (of the Hapsburg Empire, allies of Venice) are shown time and again as being very reactive and wrongheaded from the Venetian point of view. Was this part of the Spanish mind-set of the day, to the extent they felt invincible after significant victories (Reconquista, colonialization of Central America and the Philippines), or would you chalk it up to the fact that their interests didn’t converge with those of the Venetians on Ottoman policy?

I don’t think I would blame the mind-set, though it’s true that the Spanish had many other things to think about. In the Mediterranean, it was a simple fact that their interests were very different from those of Venice: They did not have any serious trading relations with the Ottomans, and their main security concern was with fighting the so-called Barbary corsairs of North Africa, who were Ottoman clients and protégés. They became allies of Venice only when Venice was forced to make war against the Ottomans, and even then they did so only because of pressure from the pope (who controlled key revenues on which the King of Spain depended) and because of security concerns about southern Italy, a Spanish possession.

The saddest episode in the book is when Giovanni Bruni (Archbishop of Bar) is killed unnecessarily by Spanish soldiers (his allies!) after the Battle of Lepanto. There were moments in the book when I had the impression that the Spaniards made worse enemies for Venetian-Albanians than the Ottomans. Is this a fair assessment?

A little unfair, I think. The killing of the archbishop was just an act of violence by ordinary soldiers fired up from the battle and eager for booty as well as victims.

You write that the Ottoman bureaucracy was made up largely of Christian slaves. Some of the Christian allies used this opportunity to spy. Considering the liability, why did the Ottomans install captured foreigners in such important positions?

Within the Ottoman system, both the Christian slaves and the captured foreigners were thought likely to be more loyal to the sultan, as they were deracinated — separated from any interest-group within the empire. And the captured foreigners had converted to Islam, which meant that if they ever went back to Europe they might be imprisoned (or worse) by the Inquisition. Also, they had language skills and knowledge of the European world that could be very useful to their new masters.

Throughout the text, you’ve included translated excerpts from letters of various Brunis and Brutis to Venice. You had to decode these letters by verifying them against other evidence, because the senders tended to glorify themselves. How much of an obstacle is dishonesty in historical documents?

It would be difficult to state a general rule about dishonesty, but the best rule for historians when looking at all types of documents is to ask oneself about the context, the reasons why this person was writing this, what they hoped to achieve, etc., etc. In other words, to take no document entirely at face value, but rather to see it as the product of particular circumstances and the means to some particular ends.

My favorite person to read about was Gasparo Bruni, a Knight of Malta. He made quite an impression on me by saving people from a burning ship after it had been struck by lightning. From the Bruni and Bruti families, whom did you find most interesting?

I think the most interesting, for me, has to be Bartolomeo Bruti, the one who pulled himself up by his own bootstraps to the point of becoming, in effect, prime minister of a foreign country (Moldavia) and commander of its army. He had incredible chutzpah, but also extraordinary talent — and, I would guess, unusual personal charisma.

Your chapter on the Battle of Lepanto, the monumental victory of the Holy League over the Ottomans, was the most moving account I’ve read. Many historians, yourself included, have asked the question as to whether this great victory made any difference, as the Ottomans rebuilt so quickly and seemed to be none the worse. By way of analysis, you write an intellectual exercise whereby you consider what an Ottoman victory would have looked like at Lepanto. Can you explain this to our readers?

Historians have tended to look at what did happen after the Christian victory at Lepanto, concluding that it didn’t change anything. I ask readers to look at what would have happened after an Ottoman victory, and conclude that it might have changed everything: The Ottomans could have returned in the following year to conquer Corfu and then invade — not just raid, but invade — the south of Italy. Might Naples have become an Ottoman city? It’s not impossible. Seen in that way, the Christian victory was absolutely decisive.

After the Battle of Lepanto, the Christian allies celebrate for weeks. These celebrations were bittersweet for Gasparo Bruni, who lost most of his family in the battle, and whose birth city (Ulcinj) fell to Ottoman rule. The sad moment amid such a high point in the book speaks to the complexity of the biographical perspective. Did you want to communicate this nuance as you wrote the book?

Yes, and I’m glad you’ve singled it out. Even the most important moments in big-picture history are made up of a mass of individual human experiences. I feel that historians should never ignore that.

An interview with the author of an unusual dual biography of Tom and Ramsey Clark, a father and son who had a profound impact on American law and society.