An Interview with Sebastian Junger

“The human concern for others would seem to be the one story that, adequately told, no person can fully bear to hear.” 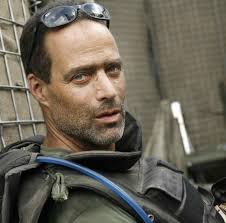 Sebastian Junger’s The Perfect Storm has sold over 4 million copies; War follows the 173rd Airborne Brigade through a 15-month journey in the Afghanistan’s bloody Korengal Valley. His documentary “Restrepo,” co-produced and directed with the late Tim Hetherington, won the Grand Jury Prize at Sundance.

In his new book, Tribe: On Homecoming and Belonging, Junger flips many conventional beliefs about veterans, PTSD, connection, and conflict on their heads. “Disaster,” he writes, “creates a community of sufferers…that allows them to experience immensely reassuring connection to others.” Something we generally lack in modern society.

Consider that after the September 11th attacks, there were no mass shootings for two years, and rates of violent crime, suicide, and psychiatric disturbances dropped immediately. New York’s murder rate dropped by 40 percent in the six months after the attacks. A former anthropologist, Junger examines what behaviors occur when life is disrupted in order to determine what is absent from modern American society.

In Tribe’s introduction, he describes an encounter with a stranger in rural Wyoming 30 years ago who offered him his only food when he found out Junger was embarking on a long journey. That act of generosity has lived with the author ever since and provided some of the context behind Junger’s own definition of “tribe” as “the people you feel compelled to share the last of your food with.”

I spoke with Junger about the characteristics of our society that cause soldiers to return home unsure of how to reintegrate, corporate corruption that goes unnoticed, and the gnawing human search for belonging.

You reference the !Kung nomadic tribe in the Kalahari Desert, who anthropologists claim to be a fairly accurate portrayal of how life was lived for millions of years before the advent of agriculture. Their adaptable lifestyle challenged long-held notions that modern society created leisure time and a better life. But in fact, what we have now is “a desperate cycle of work, financial obligation, and more work.” And we live in a suspended isolation.

There are a lot of benefits to modern society — I had surgery two years ago, and I certainly would have rather had it in the 21st century than at any other time. It’s obvious that we’ve created an amazing world, and it’s so amazing that it’s tempting to think that it’s psychologically healthy, but if you look at the numbers, there are tribal societies where the mental health of their population is extremely good — superior to ours. When wealth goes up, depression and suicide rates go up, too. It’s an interesting way to look at how far we’ve come, but how it’s divided us as well.

Several cross-cultural studies have shown that modern society, despite its advances in medicine, technology and science, is “afflicted with some of the highest rates of depressions, poor health, anxiety, and chronic loneliness in human history.” Why is that?

Because I think we live in an individualistic society and we’re affluent enough to live more separate lives, which is good in some ways. But it can lead to alienation and loneliness, which correlates to many mental-health issues like suicide and depression. Necessity requires us to become close, but wealth allows us to be buffered by space, time, and separateness.

You cite corrupt banking practices from the recession, billions of dollars in government fraud, and the power the American elite has lorded over a vast majority of this country to claim the modern-day equivalent of more than their fair share, or as you say, “compensation far in excess of their value to society.” This is in large contrast to the political origins of the U.S.

In tribal societies, when you damaged the community in some way, either by stealing food or otherwise, you would be very harshly punished. We don’t do that anymore. There are few consequences when the powerful break the law. It probably began at the advent of agriculture, where we started to glimpse what we would now call income inequality. Capitalism is an amazing engine for ingenuity and growth, but it also leads to corruption and illegitimate power.

What’s complicated is that there are many things about agriculture and industry that have brought an enormous amount of good, but there is a downside. Society has replaced collective good with the idea of individual benefit, which is good in some ways, but can lead to a lot of divisiveness among the citizenry.

At the end of the 19th century, the positive effects war had on mental health were first acknowledged by sociologist Emile Durkheim, who found that war reduced the rate of suicide in European countries. People who were once clinically depressed suddenly were driving an ambulance. Their sense of purpose gave them hope. Bosnian journalist Nidzara Ahmetasevic described her experience surviving the siege of Sarajevo as the happiest time in her life and the closest to other humans as she had ever been. War endorsed the basic instinct to help the person next to you in whatever elemental way possible. Londoners reported missing the communal unity that arose from the Blitz.

They didn’t understand it themselves very well. Its sounds like an ugly symptom to miss war, until you really look into it and find out that what they miss is the generosity and unreserved camaraderie of one another. They missed that shared experience that brought them together. When calamity is over, they all disperse.

Researchers have yet to scientifically correlate suicide to combat among veterans. A 2007 analysis from the Institute of Medicine and the National Research Council found that getting chronic PTSD is due in large part to a person’s experience before going to war, not during. Why do you think the dialogue on veterans’ PTSD in America has strayed so far from reality?

The reflexive acceptance of a PTSD diagnosis is our way of thanking veterans for their service. Questioning PTSD among the veteran population may feel unsupportive or even unpatriotic. The problem is that if a diagnosis is wrong, then other very real problems go untreated. Accurate diagnosis of PTSD is imperative regardless of the political issues surrounding that topic.

You identify the fact that the U.S. ranks low on the three factors that affect transition back into civilian life. We are hierarchical and alienating, and, as an individualistic society, suffer high rates of anxiety and depression. Veterans are seen as victims and given superficial preferential treatment on planes and at sporting events, when what they really need is jobs.

Talking to veterans, there’s a growing ambivalence about the preferential treatment that separates them from everyone else. The task they’re facing is to reintegrate into society, and if they’re treated with kid gloves, what we’re saying is that they’re different from us, which makes it even harder.

Soldiers come home only to realize they were fighting for their unit, not necessarily their country. I’ll quote you here: “It makes absolutely no sense to make sacrifices for a group that, itself, isn’t willing to make sacrifices for you.” Do you think that’s why so many veterans return somewhat discontented with what they’ve left behind?

Yes, that’s part of it for sure. The deal is, if you’re part of a group, you make sacrifices to be part of the group. It’s true of sports teams or organizations or a platoon. But soldiers are part of one group, representing a much larger group, that hasn’t put anything on the line. What’s very clear is that soldiers are making sacrifices for a country that isn’t making any sacrifices for them.

In an incisive analogy, you compare the alleged crimes of big-bank CEOs during the financial crisis to Sgt. Beau Bergdahl, who deserted his post in Afghanistan in 2009 and was swiftly captured by the Taliban. That’s a powerful comparison.

People got really outraged at Bergdahl, and I understand that completely. Lives were put in danger over his rescue. I just wish that if we were going to gear up the outrage machine, we don’t stop at him but go on to people who caused enormous damage right here in the U.S. with the illegal and unwise actions of 2008 that left 9 million people unemployed and 5 million people homeless.

Your experiences chronicling war and conflict from Bosnia to Afghanistan have given you a profound perspective on connection and what it means to be human. What’s the most important thing for us to consider?

Part of the problem in the U.S. is that we’re reacting to a surplus of leisure. The first thing a person experiences when they return from a war zone is shock at the luxury we’re surrounded by in this country, which is in stark contrast to most of the rest of the world. It’s also difficult to fight any battle, realistically or metaphorically, if we’re a country that so lacks a respectful dialogue for our own individual differences.

So we could agree to not talk with contempt about our fellow Americans, our president, the government, and one another. We maybe shouldn’t talk about people in this country by implying that they shouldn’t be here. Our national dialogue has become incredibly divisive. We don’t see ourselves as a whole country. We’re a pretty fractured lot who are so disconnected from one another and the under-valued industries keeping us all alive, from farming and agriculture to construction. It might take some kind of crisis to bring us back together. I just don’t know.