An Interview with Sarah Weinman

The editor of Women Crime Writers discusses sexism, how crime novels have evolved, and the fact that women dominate bestseller lists but continue to be underrepresented by book reviewers. 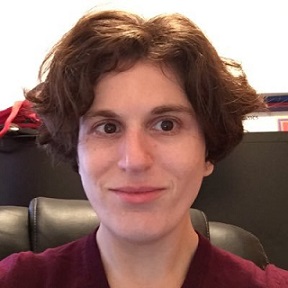 With a missionary’s zeal, editor Sarah Weinman has reintroduced us to a gang of strong, underappreciated female crime writers in a beautiful new edition from the Library of America, Women Crime Writers: Eight Suspense Novels of the 1940s and 50s. These eight dames sure ain’t a bunch of shrinking violets.

How much do you think the women crime writers in this collection, or perhaps in general, focus on different themes than their male counterparts?

Quite a lot. There were certainly women who wrote out and out hardboiled detective novels, but by and large, the level of attention to psychology really shows up in crime novels by women during this timeframe. One really gets a sense of character and conflict and society in these novels, for starters.

Do you see a shift or evolution among 1940s and 1950s women crime writers’ work?

The 1940s novels were published during and just after World War II, and the societal changes the war caused — millions of men serving overseas and dying, women working to support their families, and then displacement and suburbia creation once the men came home — were incalculable. The 1950s bore the fruits of what resulted from planned communities, greater prosperity, but also great fear, in the form of Communism, the Cold War, possible nuclear war, McCarthyism, early Civil Rights…and these were all anxieties that played out, directly or indirectly, in the 1950s novels collected in Women Crime Writers.

Why were their male counterparts so much better known? Is it as simple as sexism? Do you think any of the writers in the collection have a body of work comparable to, say, Hammett or Chandler? Patricia Highsmith comes to mind, but what about the others?

Sexism, the way publishing worked at the time these women were published and especially in the decades after, the peculiarities of estates…nothing is ever simple, and much is arbitrary. Many of the men published by pulp paperback editions in the 1950s became popular and celebrated decades later because of having the right booster with the right platform and publishing house. And perhaps our current climate is more receptive to stories of psychological and domestic suspense, so turning to the masters of that subgenre in decades past is important.

And as for body of work, well, Hammett and Chandler's were, each, not very big. Highsmith wrote a lot more. So did Margaret Millar, Charlotte Armstrong, Dolores Hitchens (50+ novels for her!), Elisabeth Sanxay Holding; Vera Caspary wrote a lot across different genres. (Helen Eustis was not prolific at all.) But the most consistent was likely Dorothy B. Hughes.

Women are clearly ascendant in this genre today. Do you think they even dominate the field now?

There are so many great crime novels by women right now, it's almost impossible to list them all! That said, I would never go so far as to say women "dominate" crime writing. There's still a ways to go in terms of parity in reviews, venues (the New Yorker featured a great long piece about Don Winslow, whose recent novel The Cartel certainly deserved all the accolades, but hasn't done much with crime novels by women of late), and cultural recognition. It's getting better, but there can be yet more progress.

“In a Lonely Place” is a great movie, but it softens up the book a bit. (Not at all atypical of Hollywood!) Are you aware of any author reactions to their books being made into movies or teleplays? Aside from Laura, I was surprised how many were filmed.

Vera Caspary legendarily hated what Otto Preminger did to her book [Laura], even going so far as to yell at him in a public place. Decades later, as she recounted in the essay "My Laura and Otto's," she watched the film in its entirety for the first time…and accepted it as the great film it was, albeit very different from her novel. Hughes, too, had iffy reactions to Hollywood treatment of her books, but there's no way the book version of Lonely Place could have got past the censors (though there was an early script draft more faithful to the book, but let's be real: Humphrey Bogart as a known psychopathic killer, instead of one who has the ability within him to kill out of rage and passion? A big difference).

Dolores Hitchens loathed what Jean-Luc Godard did to Fool's Gold, but I will defend “Band of Outsiders” forever as the wonderful, quirky, distinct movie that it is. (I also suspect the French translation, which Godard no doubt read instead of the original version in English, was not exactly faithful to Hitchens' text.)

Finally, what’s your desert-island favorite among the books in this collection?

All the novels are amazing in different ways, but if I must be pinned down to picking one, it would be Hughes' In a Lonely Place. It reveals something new to me each time I read it, and I've read the book close to a dozen times now.

An Interview with Darin Bradley

Darin Bradley’s second novel, Chimpanzee, traffics in dystopian themes, but not in the same way as does the plot-driven The Hunger Games or the allegorical/satirical stories of Margaret Atwood. Instead, his world recalls the more subtle work of Philip K. Dick or Chang-Rae Lee.