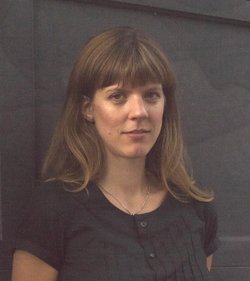 Hemingway may have been a notorious boozer, but he never drank while writing. Joan Didion begins her daily writing session by retyping all the work from the day before. Junot Diaz composed his novel Drown while listening to the movie soundtrack of “Conan the Barbarian” endlessly on loop. Nabokov drove cross-country while researching Lolita and wrote in motel parking lots, using the back seat of his car as a makeshift office.

These are just a few of the gleanings on offer in Process: The Writing Lives of Great Authors, Sarah Stodola's fascinating new study of the working habits of 18 literary geniuses.

Covering a diverse range of influential writers of the last century, the book focuses on the nitty-gritty of how each practiced her "sullen art" while facing all the familiar quandaries: carving out a time and a place to write and defending both against the outside world. Tending the slender flame of inspiration. Quieting the crippling fear of failure. And, above all, working day in and day out, sometimes devoting years to a single project.

Against all common sense, Stodola and I arranged to meet in the surreal cacophony of Freddy's Bar, a celebrated Brooklyn pub long favored by local musicians, artists, and writers. Even on a chilly Sunday evening, the place was hopping as customers jostled for seats and platoons of be-flanneled musicians trudged in for a Tom Waits tribute show.

Shouting over the din as bizarre video collages flickered all around us, Stodola and I somehow managed a lively discussion of the writers featured in Process.

How did you wind up choosing these particular authors? There's a wide range here — I mean, the first two chapters are Franz Kafka and Toni Morrison, and I can't think of two writers more different from one another.

Well, in the final structure I worked out with my editor, we ended up pairing the authors by different traits of their processes that were similar. And so Toni Morrison and Kafka ended up together not because their writing is in any way similar, but because they were two people who had full-time jobs for the majority of their writing careers.

Morrison had a full-time job?

Yep. She started writing when she was in her mid-thirties, published her first novel, The Bluest Eye, when she was 39, I believe, and then kept working as a full-time editor into her early 50s.

But, sorry — what was the original question? Because I don't feel like I answered it.

[Laughs.] It was, "How did you choose these particular authors?"

Yeah. Well, first of all, the earliest authors were working in the early 20th century. I didn't want to go too far back into history, because I wanted their writing processes to be somewhat relatable to people today. I didn't want it to be, you know, before typewriters existed. So chronologically, the earliest writers I have are I think, Kafka, Woolf, Wharton...

I also wanted to include authors who had a large influence on writers and writing styles that came after them, in order to create this kind of…unfolding, of how writing processes have evolved through influences.

Tell me about your research for this book. Were there any interviews, for example?

The only author who actually gave me access was Richard Price. And, you know, the majority of writers that I wrote about in here are no longer living, so...

They were not available?

Right. [Laughs.] So the research was mainly straightforward, a lot of biography reading. And then I was lucky enough to be granted access to the Berg Collection at the New York Public Library, where they keep all of their rare and original manuscripts — it's really incredible. It's one of the biggest archives of English language literature in the world, I'm pretty sure.

I spent a lot of time looking through original documents from the lives of writers like Virginia Woolf and Jack Kerouac and Philip Roth, and that was a huge thrill for me. And with the more contemporary writers, there was a lot of watching YouTube videos of interviews they've done.

Like David Foster Wallace — he gave some long interviews. On Charlie Rose, for example.

Yeah, and Toni Morrison has given a lot of interviews. And then once you start digging, you find the more obscure interviews that they've given, you know, 20 years ago at some little college somewhere, and you end up watching this hour-long interview and you get like a 30-second really good nugget out of it.

There was a lot of that. I read a lot of books of published letters and diaries and published journals for writers who are no longer living, too.

It must have been an incredible amount of work to boil that down.

But at the beginning of working on each chapter, I would just spend a week doing nothing but poring over everything I could find about that author. Going to the library and reading books, or sifting through the entire internet or in the case of Price, conducting an interview — I would spend that one week not writing but just researching.

Did your own writing process change as you were learning about these writers' processes?

I don't think it changed. I think I became more aware of my own writing process and what I can and can't do, and what works for me and what doesn't. I definitely became more accepting of my time limits. Like, I actually can't write for eight hours a day. [Laughs.] And then in researching these writers, I realized that almost none of them could spend a whole day writing — I mean, most of them only wrote for three or four hours a day.

Right — so maybe with the assistance of uppers [laughs]...but even that has its limits. You know, he spent a lot of months not doing any writing.

From the mythology of Kerouac banging out On the Road on a single roll of paper, you make it clear that he actually invested a lot of time in his head before writing.

Well, he had actually written, I think, like six drafts of On the Road before that draft.

Before the famous single-roll draft?

Yeah. That myth is like...a myth. I mean, he did sit down and bang that out in three weeks, but it was — I could be wrong, but I think it was the seventh draft. And he had copious notes. He had an outline of the novel, he had character sketches, he had a list of anecdotes he wanted to include.

So, in that sense, the final draft really was "typing," as Truman Capote quipped?

In the course of writing this book, have you found that there were any universals about the writing process that authors had in common?

No. I think that there are some themes. For example, I think more writers write better in the morning than at night, but that certainly is not universal. Most writers, even if they're heavy drinkers, do not drink while they're writing.

Not even, say, Hemingway?

Hemingway never drank while he was writing. He got up, started writing at seven, seven-thirty in the morning, was done by noon, and then started drinking. [Laughs.] But during the morning hours when he was writing…

Yes. So, no, there's no across-the-board universal key to having a productive writing practice. I think that one take-away for me was that successful writers tend to be a lot more regimented than we think. We have this kind of romantic notion of the writer. That when the muse strikes, they sit down, and out comes this polished rhapsody or whatever, and I think that's not how it generally works at all.

You hear a lot of varying advice about craft, but not so much about process. Do you think there are any lessons here for writers still blindly muddling through their first large project?

I think the most important thing is the practice of writing on a daily basis — and to notice what works. When it works, what did you do to make it work? And from there, to create your own approach to a project out of that.

I know that, for me, before I began writing this book, I had never really stopped to consider my own writing process. And I think that if you do, it can be helpful to notice things like, "I write the best during these two hours" or "I write the best after I read something else" or "If I read other things, it completely ruins me."

That seems to vary quite a bit in the writers you discuss — some of them like to read while they're writing, some of them absolutely avoid it.

They have really strong feelings about it one way or the other. There's no agnostic feeling about that. It's either, like, "Reading sustains me while I'm writing" or "It ruins my own thought." And, for me, I'm definitely a reader. I find it helpful.

Tyler C. Gore, a native New Yorker, lives in Brooklyn and has taught at Brooklyn College, Hunter College, and for Gotham Writers Workshop. His fiction, reviews, and essays have appeared in many journals, and he has been listed several times as a Notable Essayist by The Best American Essays. He is the recipient of a Fulbright Scholarship for creative writing and currently serves as senior editor at Literal Latte.

An Interview with Iain Pears

The author discusses the mythical world of Arcadia, where storytellers are the most revered citizens.

A CIA analyst conducts mind control experiments by day and plays normal husband and father at night. Half World explores the inner world of Henry March.