An Interview with Sarah Dunn

In her latest work, The Arrangement, the novelist explores the fraught territory of open marriages. 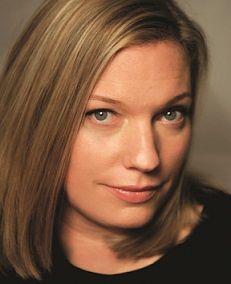 The Arrangement, the new novel by TV writer and novelist Sarah Dunn, takes up the often-taboo subject of open marriages. In it, Owen and Lucy, a young couple who find their relationship worn out by routine and by the challenges of raising an autistic son, attempt to revive things with an unconventional solution.

After attending a party where one of the guests confesses to enjoying an open marriage, Lucy and Owen decide to try it for themselves after drawing up a series of rules: no falling in love; the arrangement will last for six months; and no questioning each other about the details. When things go in a way the couple never intended, they reach a difficult fork in the road.

Dunn, creator of the ABC series “American Housewives,” doesn’t limit the intricacies of the plot to her main protagonists, but instead gives equal importance to other characters, who move the story along, prompting the chapters to read like episodes.

I spoke to Dunn about The Arrangement and how challenging she found the experience of writing about something few dare to address.

How is the process of writing for television different than writing a novel?

For me, they’re completely different. My temperament completely suits the life of the novelist, in the sense that I like to work alone, where it’s quiet, and for long stretches of time, uninterrupted. When I’m writing for [“American Housewives”], I’m continuously interrupted and asked questions, and I have to make decisions all day long. The daily grind of it is a very different lifestyle. The pleasure of writing a novel is being able to take your time; you can go deeper into everything and there’s a real pleasure in that. Television is a lot of fun and it’s group work, of course. But it’s like having different cooks in the kitchen all the time.

Was the creative process for The Arrangement the same as your previous novels?

It was very different in the sense that, this time, I had a little bit more confidence. When you write a first novel, it’s a huge mountain to climb, psychologically speaking. For me, this book was much more enjoyable, almost like playing, and because I had done it twice before, I was confident that I would figure things out. I really didn’t know what was going to happen in the book, or how it was going to end. I was more along for the ride with the reader, so it was definitely easier for me to handle.

Why a story about open marriage? What was so appealing about it?

I just moved from New York to this really idyllic town just north of the city, Hudson Valley. And I love my life, my husband, my kids, and I was trying to start a novel as well. I didn’t want to write about a divorce or something happening to a child. My mind just couldn’t go to either of those places. There’s a scene at the beginning of the novel where the topic of open marriage comes up at a party, and something very similar happened to me. So I grabbed onto that idea, and just went with it, thinking that a situation like that is sort of like having a happy marriage, but also dating.

Just to clarify: I don’t have an open marriage, and I’ve never had an open marriage. But it was very fun to think about that because all marriages are difficult — happy and unhappy ones. For me, it was a way to play with ideas and thoughts without actually doing anything, and having sort of the danger and the fun of it.

Why do Owen and Lucy think this is even a good idea to begin with?

I think it’s definitely hubris on their part. There are quite a lot of people who believe they can have everything. You want the house, the kids, and the husband, but then you also want something else, and it’s wonderful to think you can have all of this at the same time. But I think that the characters, like most people, aren’t really aware of how good they truly have it. Probably at the beginning, they weren’t aware of what they were risking.

Lucy takes longer than Owen to find someone to have an affair with. What does that say about how men and women view sex and opportunities to be unfaithful?

On that point, it was me logically thinking how this would work, and honestly, for me, I think it would be difficult to find somebody to sleep with [laughs]. I kept thinking, “If I actually had to do this, how would I do it?” And, honestly, I think I would never do it. Lucy gets more involved than Owen does with her someone else, and I guess it says something abut gender roles and how women fall in love. But it wasn’t really about sending any sort of message, more about, logically, if this actually happened, this is probably the way it would go down.

What would you like readers to take away from The Arrangement?

I would like them to feel good about their own marriage and happy with their choices, particularly women, and to realize that it’s not all sunshine. Lucy and Owen’s son, Wyatt, is very close to my heart, and I wanted readers to get a little window into what people go through when they have a special-needs child, which I do have myself. And that maybe a couple who, for example, have a 3-year-old who’s getting occupational therapy and all of these things, someone would maybe hand them this book and say, “The woman in this book knows what you’re going through.”

Right now, I’m committed to “American Housewives,” but I would love to write another novel, and I’m actually playing around with some thoughts. But my brain is definitely not there yet.

An Interview with David A. Taylor

The DC-based writer talks history, Cork Wars, and how stories sometimes find him.