An Interview with Richard Bausch

The short-story master and talented novelist discusses the writing life and his new 9/11-themed novel, Before, During, After. 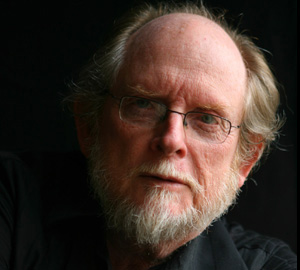 Richard Bausch makes it look easy. Moving with seeming ease back and forth between beautifully crafted short fiction and the longer narrative arc of a novel, Bausch’s people and situations feel real. They reflect our hopes and dreams and fears. At his best, he holds up a mirror with his portrayal of characters who resonate because they spark an old memory, conjure up the face of a forgotten friend, or otherwise ignite something in our consciousness. His The Stories of Richard Bausch is one of the few books I’d take to a deserted island

He’s received many literary honors — including the PEN/Malamud Award, a Guggenheim Fellowship, the Lila Wallace-Reader’s Digest Writers Award, and, most recently, the 2012 Rea Award for the short story — during a career spanning 12 novels and eight volumes of short stories.

Bausch’s new novel, Before, During, After, begins a few days before 9/11 and follows two people who begin to grow their relationship in the wake of a national tragedy. In this highly charged atmosphere, Bausch looks at the wider world through the microcosm of a young congressional aide in Washington, DC, and a doubting Episcopal priest living in Tennessee as they grow together, apart, and everywhere in between.

We exchanged emails in early August.

Before, During, After has a distinct focus on two characters, with their stories being told alternately before being joined as one. Did you find it difficult to maintain a balance between the two narratives? Was one character more interesting to you, or did you worry that one’s story would overwhelm the other?

No. In this novel, I wanted to move from dealing with them separately, in third-person limited, and bring them closer and closer until, after she arrives from Jamaica, they are together and the narrative then becomes omniscient. And as they move apart, I wanted to subtly move them apart in treatment, but never completely separate them, if that makes sense.

You are widely respected as a very helpful, generous but honest writing teacher. Do your students send energy back to you? Can they inspire you as you do them?

The activity itself inspires me. Mostly, I draw pleasure from it. I find it rewarding and deeply satisfying to help a younger writer shake off the fears.

I understand stories and books are like a writer’s children. That said, if you wanted to impress someone, can you think of a single story or novel of yours you might start with?

I try never to think that way. I understand the ease with which one can fall into it, but I never want to make the comparison. If I’m asked, while standing at a table where several titles are laid out, which one a person should buy, I will often simply pick the shortest one, or one that, from what I can gather of the person’s propensities as a reader, I think s/he might like.

Has physical location ever impacted your writing, e.g., Virginia, Tennessee, and now California?

Not as much as for some very good writers, whose ground or place becomes part of the whole character of the work. My landscapes are interior more often than not; the present novel is set in New York, Jamaica, and Memphis. It was written in Memphis, Knoxville, Ireland, Memphis again, Ireland again, France, and finally finished in Southern California.

You are also a fine guitar player (Madison Smartt Bell confirmed this). How important is it for a writer to pursue other creative outlets, even if they aren’t their “official” gig, as it were?

Well, Madison is the one who is a fine guitar player. At least five times better than I ever will be. But regarding whether or not seeking other forms of expression is important: I don’t think it really matters generally. It matters to me simply as recreation. It’s among the things I do AFTER writing.

In your new novel, and in The Last Good Time and elsewhere, your characters often have dreams when they are asleep that illuminate their personalities, hopes, and fears. What’s your take on what dreams mean? Is it a literary device, or are you a believer in dreams as some kind of window on our subconscious?

I think the brain is an amazing recording instrument that keeps every single second of our existence, awake or asleep. And I think it plays things back randomly, without the governing influence of waking thought, without the strict demands of the conscious ego, and so we get a jumble, like the thrown sticks of the I-Ching. You know? And we interpret them as we can. It’s part of experience, and I am always trying to deliver that: experience. And dreams are included, though I do not set out consciously to use them as narrative elements in and of themselves.

Do you ever suffer from writer’s block? How do you tackle it?

If there is no medicinal reason for a block (Hemingway’s, for instance, was produced by decades of alcohol abuse and the effects of the several concussions he suffered — if you read the symptoms, it’s pretty clear he was suffering from chronic traumatic encephalopathy, too), the problem is most likely attitude. That’s why William Stafford’s advice about it is so good: Lower your standards and keep on going.

What are you reading these days?

Michael Causey, a past president of Washington Independent Writers, was selected to participate in Richard Bausch’s Commonwealth Writers Program out of George Mason University in the 1990s. He published a short story a few months after taking the seminar. Bausch is a very good writing teacher.

Come see Richard Bausch speak at the Fall for the Book festival on Monday, Sept. 15th at 6 pm.
comments powered by Disqus