An Interview with Mona Simpson

In case being Steve Jobs' long-lost sister or the inspiration for a character on “The Simpsons” isn't interesting enough for you, Mona Simpson is also a very good writer. 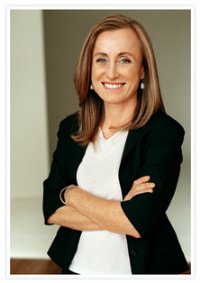 Mona Simpson won the Whiting Prize for her first novel, Anywhere But Here (1986), and her Off Keck Road (2000) was a PEN/Faulkner Award finalist.

Put up for adoption as an infant, Simpson didn’t meet her Apple-founding brother, Steve Jobs, until she was 25. Almost immediately, they developed a deep bond and kept in regular contact. Simpson delivered a moving eulogy at his funeral in 2011. “Even as a feminist, my whole life I’d been waiting for a man to love, who could love me. For decades, I’d thought that man would be my father. When I was 25, I met that man and he was my brother.”

In 1993, Simpson married television writer Richard Appel, who used her name as the inspiration for Homer Simpson’s mother in the long-running cartoon. They later divorced.

Given her past, it should be no surprise that parental loss, divorce, and a search for roots are strong themes running throughout her work. A New York Times review of her new novel, Casebook, noted, “Family is the North Star for Mona Simpson’s characters: It defines who they are, chaperones their choices, shapes their views of the world.” While the Times review was decidedly mixed, most reviews have been effusive in their praise of her latest (including our own).

Here, Simpson explains her writing process, the mysterious riddle of divorce, and why Susan Sarandon just didn’t cut it in the film adaptation of Anywhere But Here.

What was the creative spark for Casebook? How quickly did you know you were on to something?

The moment I started really writing Casebook was when I came upon the vantage — that is, the idea that the whole book would be the story of what Miles discovers, what he sees and learns, rather than focusing more closely on the adults, whose lives have more at stake in the action of the book. But that small opening — of what the son sees — somehow made the story easy to write. I think of it visually as a door open just a wedge.

I don’t want to be a spoiler for those who haven’t yet read the book, but did Hector’s character arc surprise you? It did me!

Hector’s character arc did surprise me, in all ways. What becomes of the whole Audrey family pleased and surprised me. I liked the parallelism of the boy’s families: They’re both separating at relatively the same time, but the two families and the various households have completely different temperaments and habits. As in most intense friendships, the boys can’t help comparing their situations. When they’re young and first coping with their parents separating, Miles pities the Audreys because they have no schedule and they never know on a given day which house they’ll be at that night. Sweaters and books end up in their mother’s apartment when they’re at their dad’s house. Later, though, he realizes that chaotic as the Audrey’s’ schedule was, one of the parents always stood waiting to pick up Hector and his sister.

Do you see a consistency in the impact divorce has on children?

That’s a hard question. I suppose the true answer is that there are a thousand particularities and differences between families, but that, for children, beneath the word divorce is a dark well. They don’t know much about this place, but it represents many things that quench the spirit of childhood. It means that good things end. It shows romantic love to be a flimsy thing, subject to damage, erosion, evaporation. It’s a failure of our best hopes and our children understand that in ways that they can’t say, but know. It’s a shame, not a pride, they carry.

I do write mostly every day. I read every day, too, and I run. I’m much less consistent about my location, although for the last many months, I’ve stayed at home, at my kitchen table. I like being close to the refrigerator.

Do you use real-life models for your characters? You briefly mention the inspiration for the PI character in Casebook.

I don’t really use models, in the sense of a drawing model, where the draughtsman tries to capture the lines correctly. I sometimes use bits of people, and often fantasies about people. In the case of [PI] Ben Orion, I’d interviewed a few private detectives, and while they each had interesting stories and compelling, convincing voices, they reminded me of Joan Didion’s essay “On Keeping A Notebook,” in which she said she sometimes wrote bits of dialogue in her notebook but never used them, because they were exchanges that would be great in someone else’s novel. These first detective stories were like that. When I met the man on whom I built Ben Orion, I knew, before he even opened his mouth, that he was my detective.

Was it a surreal experience to see Anywhere But Here up on the silver screen?

It was an odd experience. There were wonderful parts of the experience — k.d. lang wrote a haunting song called “Anywhere But Here.” The studio gave me a bathrobe with a crest that says “Anywhere But Here” in the shape of a highway sign. The movie doesn’t really feel like my creation, though. [Susan] Sarandon’s take on Adele didn’t feel right to me. I didn’t understand it.

Off Keck Road is such a different type of book than Casebook or My Hollywood in terms of style and structure. How did you approach it?

Hmm. I don’t know. Off Keck Road is a much more narrated book than My Hollywood. Narrated in the sense of an old-fashioned story, told from the point of view of someone who is not a character in the story. But even that storybook quality of Off Keck Road has a certain spin on it, to my ear.

Off Keck Road started out as a short piece, written in the middle of a novel. I was in New York teaching one semester with my son, who was very young then, in preschool. I’d accepted an invitation to give a speech in Berkeley, and we both got sick on that trip. By the time we returned to our New York apartment, I had a very short time left before returning to L.A., and I knew I couldn’t go deeply enough into the novel I was working on (My Hollywood). So instead of trying and frustrating myself, I worked on a short piece that had come out of a few weeks I’d spent in my hometown in Wisconsin the summer before.

Then I returned to California, settled back into the novel, and sent Off Keck Road to the publisher with a few other stories. The next thing I knew, it had been put in the catalogue as a stand-alone book. [The publisher and I] had fights over whether it should be called a novel or a novella. As it happened, I received galleys when I had just given birth to my second child. I remember working them over in the clean high hospital bed. So, yes — that way of working was a little anomalous.

What are you reading now? Do you ever envy other writers?

Right now, I’m reading everything by Elena Ferrante. I read other writers all the time and admire them. I envy other work in a light way, not quite really. As I read Ferrante, for example, I love and admire her evocations of a brutal life in a working-class Neapolitan neighborhood. I couldn’t have possibly written those. Sometimes, with writer friends, I envy a state they achieve when they’re working deeply and they’re just in it. I envy that if they’re in that state and I’m not, for whatever reason. You can feel that aura of achieved daily purpose. It’s a kind of radiance.