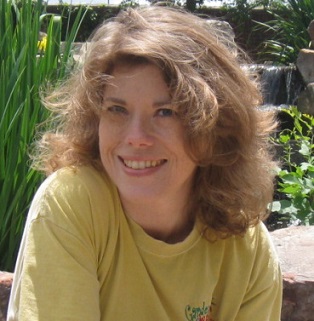 Ubastis is an unspoiled paradise with a robust ecosystem. Loren and her young daughter are part of the second wave of colonists sent to study the planet while a large portion of humanity still lives on space stations, waiting for the green light to start populating the new world. She is also a survivor of a brutal attack from an earlier military operation, one in which her husband — the de-facto colony leader — was murdered.

Vashti Loren is a complex and flawed character, and she isn’t always likable. What were the challenges of creating such a stubborn (and occasionally wrong) character?

Part of Vashti’s problems stem from the fact she is considered a symbol — because she is the widow of a charismatic spouse — and not a separate person. Did you base her on a particular real-life figure?

I don't know that I based her so much on a real woman as I looked to examples of real women to make sure there was precedent. And, of course, there is. The first one I thought of is Coretta Scott King. And then Betty Shabazz. Myrlie Evers-Williams. From another angle, Mary Leakey, Marie Curie. Weirdly enough, there might also be a hint of Russian soprano Galina Vishnevskaya in there, I can't say (though she was not widowed).

A Natch is simply slang for someone whose parents chose not to have their offspring genetically interfered with in any way. For spacefaring humans to not only survive but thrive, there are going to have to be some kind of chromosomal-level modifications made in order for us to withstand radiation, micro-gravity's harmful effects such as musculoskeletal deterioration, edema, damaged immune systems, compromised bone marrow construction — the list goes on and on. I touched on possible dangers in my short story "Bearing Witness," about how calamitous it would be to carry a pregnancy to term in space. Choosing not to have your offspring Enhanced in order to protect them is seen as gross and irresponsible vanity — kind of how we view the decisions made by members of religious sects who don't allow certain kinds of medical care.

However, human nature being what it is, this technology is also blatantly employed to direct the future of a child. And, human nature being what it is, it's also used to get as much profit as possible. A BEAST is an Enhanced Person who was specifically modified to pack on muscle, to have a more efficient cardiovascular system, sensory adaptations — I thought about making them Supermales; that is, with the XYY karyotype, until I learned that, contrary to popular myth, XYY males are no more aggressive or prone to violence than XY males.

Just imagine the BEASTs as what would happen to a military if it fell to Monsanto crossed with Blackwater, with perhaps a touch of Mengele thrown in.

What were the models for the unique and extensive flora and fauna of Ubastis?

Everything that I liked! When I was in the single digits, I dipped my toe into science things via the late 60s editions of Arkady Leokum's series, Tell Me Why. There was also a softcover book about prehistoric mammals I remember reading and rereading. I wanted to play with dinosaurs. Now, of course, they can't really be dinosaurs, but on an earth analog planet, I gave myself permission to play with convergence in evolution, with ecological niches. I also wanted to explore the difficulties people familiar with earth biology would face when trying to classify the flora and fauna of an entire planet.

In one of your social-media posts, you mentioned you considered your novel “military science fiction.” Could you speak to that?

What happens to soldiers when society is done with them? What happens to humanity if we deny all the urges that make us human, not only the bad ones? In the absence of war, or warriors, what do people do? And what does such a society do when war is thrust upon them? I think MilSF should look at all sides of the issue, not just be content to play guns or, conversely, sob about how awful war is.

The military, in this day and age, is fetishized in some really weird ways — a tool to flaunt how patriotic you are, a scapegoat to display how liberal you are, something to condescend to in order to show how upper class you are. It seems to me that soldiers, vets have been moved into almost a separate caste.

Who are your literary influences and what are your favorite/formative sci-fi books?

That's a list that could go on forever. Narrowed down, I have to say Ursula Le Guin. Hands down, the most formative work I ever read was the book of her essays, The Language of the Night. Tanith Lee. Cecelia Holland. Mary Stewart. Loren Eiseley. With the exception of Le Guin, those authors aren't noted especially for anything [sci-fi] — but in terms of beauty and power in their craft, they were paramount as teachers. Favorite SF books? Off the top of my head: The Dispossessed by Le Guin. Evolution by Stephen Baxter. Riddley Walker by Russell Hoban. A Canticle for Leibowitz by Walter Miller. Four Ways to Forgiveness, again by Le Guin. A Fire upon the Deep by Vernor Vinge. Why these? Because all of these books contain, in one way or another, a gorgeous mingling of science, humanity, and deep world-building.

Archangel is the first book in a series. Can you give us a spoiler-free synopsis for the series and when we can expect book two?

I can tell you that it's a wild ride, that's for sure! Vashti is the widow of a slain hero, and for the series, she grapples with her grief as well as the expectations of others. She feels passionately that she has to pick up the banner he dropped, so to speak, but she keeps running into situations and people that keep turning her worldview upside down. She battles what she perceives to be forces that will wreck the ecology of the planet she calls home at the same time she is battling beliefs she's held for years. Book two, Legion, should be out in May 2016.