An Interview with Lynn Kanter

The novelist talks Vietnam, feminist presses, and the birth of her audiobook. 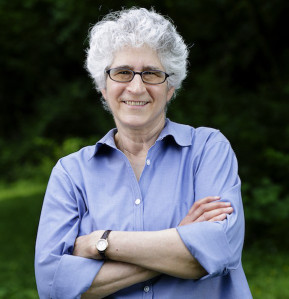 Lynn Kanter’s novel, Her Own Vietnam, uncovers a slice of the forgotten story of women who served in that war. Kanter performs the novelist’s magic act — although she didn’t serve in Vietnam, and has never visited there, she brings the experience alive through Della Brown, a nurse forced to confront her buried wartime memories. Her Own Vietnam was published by an independent feminist press, Shade Mountain, and is now available on Audible. We asked Lynn to share her publishing journey all the way through to her audiobook.

For readers who have not yet had the pleasure of reading Her Own Vietnam, could you tell us about how you came to write about this subject?

My teenage years were shaped in part by the Vietnam War and the anti-war movement. A few decades later, I got the opportunity to meet a woman who had been a fierce social-justice activist for many years. When I saw her, I was shocked. She looked…harmless. The camouflage of middle age entirely hid her radical past.

These two things — the long shadow of Vietnam and the transformation of age — combined to spark a question I felt drawn to answer through fiction: What would it feel like to be a middle-aged woman, going about your ordinary life, with the experience of the Vietnam War burning inside you? I had no idea it would take me more than a decade of research, writing, flinging away the manuscript in despair, etc.

We’d love to hear more about the book’s publication process, and about Shade Mountain Press’ journey.

I tried to interest literary agents in Her Own Vietnam, but got no takers. Although deeply discouraging, it gave me multiple opportunities to revise the manuscript.

Meanwhile, writer and editor Rosalie Morales Kearns was growing baffled and frustrated that so much excellent writing by women was not finding a home in traditional publishing. She decided to launch a small press dedicated to literature by women — particularly women of color, women with disabilities, women from working-class backgrounds, and LGBTQ women. Rosalie is a fantastic writer; Jaded Ibis Press will publish her novel, Kingdom of Women, in December.

Along with Robin Parks, Rosalie and I met in the Feminist Women’s Writing Workshops in the early 1990s. We three have remained friends and supporters of each other’s writing, although we live in different states and rarely meet. When Rosalie started Shade Mountain Press, she turned first to manuscripts with which she was familiar: Her Own Vietnam and Robin Parks’ luminous short-story collection, Egg Heaven. (Fun fact: Robin designed my book’s beautiful cover and interior.)

Shade Mountain has acquired its subsequent books through public calls for submissions. The press has published one or two books a year since 2014; a book of poetry is coming out this year, with novels by African-American women forthcoming in 2018 and 2019.

Tell us about how you’ve worked to get Her Own Vietnam out in the world (before the audio version).

Rosalie is avidly committed to helping her authors get attention for their books. She sent [advance reading copies] of Her Own Vietnam to review outlets far and wide, submitted it for awards (it won two!), mentioned it in interviews, and bought ads for Shade Mountain books in publications such as The Women’s Review of Books. On my end, I set up bookstore readings, launched a blog about books written by women, and visited book groups that read Her Own Vietnam.

You’ve written about your long relationship with audiobooks, and their important role in your reading life. Tell us how you navigated the process of recording your book.

I love audiobooks because they enable me to turn commuting time and household chores into opportunities to read. I wished Her Own Vietnam could become an audiobook, but I knew that was beyond what Shade Mountain Press could take on, which is why their contract specifies that audio rights belong to the author. I realized I could work through Audible’s self-publishing arm, ACX. The ACX website walks you through the whole process and explains the decisions authors need to make, starting with choosing the narrator.

Tell us about your decision to invite Robin Miles to record your book, and what it’s been like to work with her.

I’ve listened to many books that were beautifully narrated by Robin Miles, such as The Book of Night Women by Marlon James. I knew she was in demand; it seemed unlikely she would narrate a novel by an unknown writer, published by a small feminist press. I sent her the first chapter of the book and held my breath. When she said yes, I was thrilled.

Robin is very professional to work with. We discussed major characters and the pronunciation of names and places. And she probed about the background of minor characters. Where had they grown up? What kind of accent might they have? Also, she’s meticulous about sound quality. She recorded the book in a top Manhattan studio, and hired an engineer, editor, and quality-control person to make sure everything met her specifications. I couldn’t be happier with the result.

Listening to a book can be a different experience from reading it. How has hearing Her Own Vietnam affected your understanding of the book?

The audiobook brings the emotional content of the novel to the forefront. I once got an email from a man who had served in Vietnam, who told me he related to Della’s “psychological suffering.” At the time, I thought that term was a little strong — yes, Della was struggling, but suffering? Listening to the novel, I feel a little bad for how much I made her suffer.

Robin’s narration also gives surprising depth to small characters. For instance, there’s a soldier who taunts Della on the flight to Vietnam. He only says one sentence, but you can picture his grin and the easy way he sprawls in his seat.

What’s your advice for writers who want to get their work recorded?

If you own the audio rights to your book, you should consider producing an audiobook, particularly if you enjoy audiobooks yourself. Audible and other companies have programs designed to help authors, and you can choose an approach that costs the author nothing. It’s another outlet for your book — and it’s a remarkable experience to have your novel transformed into a story that someone else tells you.

What writing/publishing projects are you working on now?
I’m noodling around with some research for my next novel.

Anything else you want to add?

[This month], a new documentary series about the Vietnam War by Ken Burns and Lynn Novick will air on PBS. I hope people who watch the series and want to learn more will turn to the rich body of literature inspired by the war.

Martha Anne Toll’s nonfiction has appeared in NPR, the Millions, Heck, [PANK], the Nervous Breakdown, Tin House blog, Bloom, and Narrative; her fiction in Slush Pile Magazine, Vol.1 Brooklyn, Yale’s Letters Journal, Poetica E Magazine, Referential Magazine, Inkapture Magazine, and Wild. Her novel in process, represented by the Einstein Literary Agency, was shortlisted for the 2016 Mary Rinehart Roberts fiction prize. She directs a social-justice foundation focused on preventing and ending homelessness and abolishing the death penalty. Visit her at marthaannetoll.com and tweet to her at @marthaannetoll.