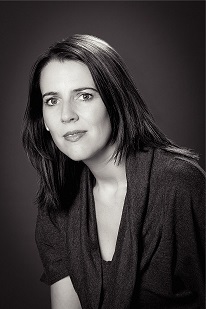 Lisa O’Donnell’s Closed Doors follows 11-year-old Michael Murray as he struggles to learn (and keep) his family’s secrets while living on a small Scottish island in the 1980s. O’Donnell’s first novel, The Death of Bees, won the 2013 Commonwealth Book Prize.

The first-person voice of your narrator, an 11-year-old boy, rings true. He’s determined to discover adult secrets, but is terrified when he does. How did you choose Michael as your narrator, and what made it possible for you to convincingly “become” a young boy?

I wanted to tell a universal story with impact. The candor that originates from the mouth of babes has that impact. Michael is coming of age and starting to notice women. He starts to objectify them, but, of course, he doesn’t know he is doing that. There’s innocence in his perceptions, but it allowed me to get away with observations I wouldn’t have been permitted to make with an adult voice — his mother’s breakdown, for example, and, of course, when he discovers the secret they’re keeping from him. Writing him came very naturally to me. I simply heard him. From page one, he is spying through the window at his female neighbor, and so [his] tale unfolds, and the reader’s journey begins.

The Death of Bees showed the remnants of a shattered, dysfunctional family dealing with tragedy in the face of community indifference. Closed Doors shows a close family and an attentive community. Did you deliberately choose the opposite side of a coin in the second work?

Believe it or not, I’m a romantic. I am dark, but I firmly believe love can conquer any tragedy. Despite the shattered lives of Nelly and Marnie in The Death of Bees, I save my characters by creating unlikely sources of love around them. It added a fairytale quality to the work, but it worked. In Closed Doors, the family starts off in danger. Unemployment and poverty mean Michael’s parents are having a difficult time in their relationship and they’re not very nice to each other, but then tragedy strikes, revealing the strength of their love and the power it has to overcome a horrendous situation. The bond of family brings them together. It’s the same in The Death of Bees. Nelly and Marnie create a makeshift family, and this bond means they survive their tragedy.

How do you proceed when you write? Do you outline and re-outline, or are you at the other end of the spectrum — one of those who just starts writing until you find yourself at the end?

I have a five-chapter rule. It probably sounds crazy, but it works for me. Basically, if the story isn’t working by the fifth chapter, if the characters aren’t finely drawn, if the world is not clearly established, then I know I’m doing something wrong. I’ve started books where I couldn’t get beyond the fifth chapter…so I’ve had to let those stories go. In my mind, the reader wants to know where they are by chapter five, sometimes chapter three, depending on their patience. I have a writer friend who wants to know by page three what’s going on — a little extreme for me. I like my story to breathe a little, although in The Death of Bees, my story is revealed within three lines when I tell my reader the girls’ parents are buried in the yard. In Closed Doors, Michael’s world is set up by chapter four.

Dirty Alice is a powerful character in Michael’s life and in the novel. Is she someone you’ve known?

Dirty Alice is loosely based on a girl I hung around with on the housing estate where I grew up. She was a tough cookie under all the grime, and I was a little scared of her, but she liked to dance and sing and we’d play at being Blondie in the car park as the girls in Closed Doors do.

The term “housing estate” might sound to Americans like a pretentious area in a comfortable suburb, although [it’s really a project]. And I notice that one write-up referred to Michael’s “keepy-uppies” as a facility with hacky-sack, when I was pretty sure that it referred to football, which we know as soccer. Any other areas where you think Americans might misunderstand?

It was suggested by a reader I have a glossary on the back of The Death of Bees, but this made me laugh. I toned the Scottish slang down when writing Closed Doors. There’s nothing in the book readers would struggle to understand, really, and you’re right about “keepy-uppies”: It’s the art of bouncing a soccer ball off your knee, and Michael is very good at it.

You grew up in Scotland, lived in Los Angeles, and moved back to Scotland. Did work take you to both places, or did you decide after a while in L.A. that Scotland was home?

I lived in Los Angeles for eight years, but then I got divorced and returned to Scotland. But I penned The Death of Bees and Closed Doors while living in America. Writing about Scotland brought me back there. My stories are always about Scotland.

I am working on a new book called The Charmer, and it’s very different from anything I have ever written before. I wrote from the point of view of three adults this time, and that’s a challenge, but I’m enjoying the process as always, and it will hopefully be winging its way to y’all soon.

Susan Storer Clark is a frequent contributor to the Washington Independent Review of Books. She is a former radio and television journalist and, since retiring from the federal government, has completed her first novel, set in the urban turbulence of 19th-century America, and is at work on her second, the fictionalized life of a slave captured by Francis Drake in 1580. Clark has been a member of the Holey Road Writers for more than 10 years. She recently moved to the Seattle area, where she and her family are restoring an old farmhouse.

Q&A with the author of Triburbia A powerful portrait of unlikely friends and their neighborhood in transition, Triburbia strikes chords that range from haunting and heartbreaking to darkly funny and deeply poignant.