An Interview with Lisa McCubbin

The journalist talks the wisdom, resilience, and continued relevance of Betty Ford. 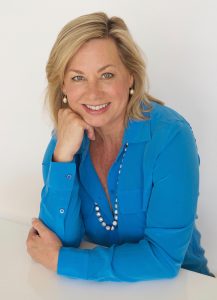 Now, more than ever, we need Betty Ford. The wife of President Gerald R. Ford left a legacy of progressive zeal from a 20th-century first lady arguably eclipsed only by Eleanor Roosevelt. Remembered today mostly for the eponymous substance-abuse treatment centers she helped pioneer in the 1980s, Ford was also an accomplished women’s rights advocate with no qualms about publicly stating her opinions.

She’s found a worthy chronicler in Lisa McCubbin, an award-winning journalist and co-author of Mrs. Kennedy and Me and The Kennedy Detail, and, now, author of Betty Ford: First Lady, Women’s Advocate, Survivor, Trailblazer. McCubbin and I spoke recently — ironically, on the first day of the Brett Kavanaugh hearings.

In the afterword, you say it's astonishing that issues Betty Ford brought into the national conversation in the 1970s and 1980s are just as relevant today. It's particularly interesting that we're talking on the day of the Kavanaugh hearing.

As first lady, [she was often told] not speak out about things she wanted to just because she was the wife of the president. And here we are today, people questioning a woman's recollections of something. It's astonishing that here we are — what is it, 40 years later? — and we're still having this same conversation. Women feeling marginalized. Women still don't have the Equal Rights Amendment (ERA). I think a lot of women don't even realize that the ERA never passed. We've come a long way, baby, but we've still got a long way to go.

I've got to ask an impossible question: Do you think Ford would be surprised where we are in terms of women’s rights? Hillary Clinton was nominated to run for president, that was something, obviously, but what do you think Ford’s take would be on what's going on today?

I think that she'd be very proud of the women who are speaking up and getting out there...having the courage to drive this movement even farther. So I think she'd be proud of that. I think there might be a little bit of sadness that we haven't come farther. During my research, I actually found a quote that Gerald Ford said back in the ‘70s. He said he fully thought that there would be a woman president within the next 25 years. That would've been 2000, and here we are in 2018 and we still haven't had a woman president. I think she would be surprised that we haven't come farther but proud of the women who are really pushing things at this time.

Melania Trump, to me, would seem about the polar opposite of a first lady.

There's been some things that she's done to try to step out, I think. But I think there's a different relationship there between her and her husband. I mean, I have no way of knowing but just what I see on the outside. Gerry and Betty Ford were overtly affectionate with each other. One of the photos I chose for the book was when Gerald Ford took the oath of office for vice president and he immediately looks over to Betty and kisses her smackdab on the lips right there in the House chamber. You can see the look of surprise and astonishment on the people behind [him], like this was not something that was normally done. But they were always holding hands. They really had a true romance, a deep affection and respect for each other, and it was very clear all the time.

Talk about the family intervention in 1977 to confront her substance-abuse issues.

The new revelations [in the book] are my interviews with Caroline Coventry Morgan, who was Betty's personal assistant at that time. She became her personal assistant after they left the White House. So, the summer of 1977, she was with Betty day in and day out. More than any of her family members. Because all of the kids by this time were grown and had their own lives.

[Daughter] Susan lived nearby, but she had a job and she wasn't there all the time. Gerry Ford was traveling, giving speeches, trying to earn a living because they were not wealthy when they left the White House. Betty was very much alone and yet she still had a lot of responsibilities, and Caroline Coventry saw this real downward spiral in her on a daily basis.

It kind of came to a head when Betty went to Moscow to narrate the Bolshoi Ballet with “The Nutcracker.” And then it was going to be broadcast on NBC in December. When they watched this broadcast together, Betty recognized in herself that she really came across terribly, and it was a result of prescription medication. While she was in Moscow, Caroline had gone with her. She found all this medicine in Betty's drawers, and she started writing down the names of all the pills, and there were three legal-pad pages filled with pills.

She realized this was what was going on: Betty had pills for everything. All prescribed by her doctor. Her doctor knew everything that she was on. Nobody could say no to her. It was going on in the White House. She had it much more under control [then], but it really reached a tipping point when she was very much alone after the White House. So then the family, at really the direction of Susan and Caroline, got the intervention going.

Can you talk a little bit about her journey from, say, that intervention to when she founds the Betty Ford Clinic in 1982?

First, she had to focus on her own sobriety and that, as anybody who's gone through it knows, it's a daily struggle. It's one day at a time. So that was her biggest focus. A year after her own intervention, she was involved in an intervention with her friend Leonard Firestone, and he went through a rehab program, and when he came out he was a changed person. So Betty and Leonard got together and realized that they could do some good and wanted to start a center for people to go to because there really wasn't anyplace like the Betty Ford Center at that time.

They raised the funds, and the biggest thing was Betty putting her name on it. At first, she didn't want to. There were a couple of reasons for that. One of the thoughts that went through her mind was, "Wow, if this was called the Betty Ford Center, I really will never be able to take a drink ever again." And that's sort of a classic thought — someone going through recovery in their mind. And people around her said, "Well, that's exactly right. You should put your name on this center. Plus, it will expose it to more people."

And she was also concerned about the effect it would have on her family — that they would be stuck with this stigma. And her family said, "No, absolutely not. We would be very proud to have your name on this rehabilitation center."

I think that's [another instance of her relevance] today because doctors are still prescribing prescription drugs. I think there's more of a focus on limiting the amount, but there still are doctors that give 30 pills when maybe they only need to give three. You hear all the time about people getting addicted to opioids and then they turn to stronger things.

Michael Causey co-hosts Get Up!, a radio program on WOWD 94.3FM.

An Interview with Carrie Callaghan

The debut novelist talks research, 17th-century art, and the terror of outing herself as a writer.

An Interview with Randi Hutter Epstein

The physician talks hormones, health literacy, and the trouble with "endopreneurs."