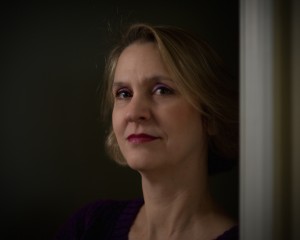 One of Leslie Pietrzyk's many talents as a writer is an ability to capture a scene in all its mundane and minute detail. This extraordinary attention infuses her prose with a realness and immediacy that's literary catnip to a reader.

At turns shattering, hilarious, and deeply profound — sometimes all at once — her new novel, Silver Girl, tells the story of two college friends, one rich and one not, and how the power imbalance in their relationship informs the choices they make and paths they eventually take.

And it’s all set against the backdrop of the 1982 Tylenol murders. Gymnastic in structure, Silver Girl boasts unforgettable lead characters, exposed and vicious, and a storyline that explores the complicated and tenuous nature of female friendships.

I had forgotten all about those Tylenol murders. Had you always intended on including this real-life crime into a novel?

I was drawn to the idea of random, mysterious violence that could shake an entire community — the Chicago area — and even country. This crime cut across class, race, gender, everything: Anyone was vulnerable, anyone was a potential target. (Maybe a bit like the days of the DC sniper?) Randomness can feel terrifying.

For others who may have forgotten, these murders took place in 1982, when someone removed Tylenol from drugstore shelves and replaced the Tylenol in the capsule with cyanide…then returned the bottles to the shelves. This is a time before protective packaging and surveillance cameras recording our every move in a store.

Seven people died from tainted capsules, and, honestly, it could have been so much worse. But once authorities made the connection between the mysterious deaths and the tainted capsules, the public was instructed to throw away all their Tylenol — which undoubtedly saved lives, but which also eliminated potential evidence and possible clues.

To this day, no one has been convicted of this crime. And, of course, that’s another element that fascinated the writer in me: Did someone get away with “the perfect crime”? I knew I wasn’t going to write a whodunit, but the backdrop of chaotic evil is important to Silver Girl in terms of plot and theme.

What makes the topic of female friendships so enduring?

Many friendships contain a great deal of power dynamics on the surface and also rippling through the relationship in powerful undercurrents. As a writer, I’m interested in how power manifests itself in general, and specifically here, with two college girls, who might be seen by the greater culture as holding very little power. I was drawn to the push and pull of friendships during this time of life, that transitory state of attending college, where everyone is inventing and reinventing themselves, almost experimenting with identities and trying to find the perfect fit.

I wondered what it might mean to raise the stakes on such a friendship: What if for one girl, the question of self-identity is more than a college coming-of-age exercise? What if her survival depends upon leaving the past behind and inhabiting completely this new world? I also liked capturing the intensity of friendship during that ephemeral, tumultuous time, where a friendship can be incredibly insular and both necessary and destructive all at once.

The setting for the book — the 1980s — is captured perfectly. What was it like for you to revisit that time? Did you unearth any repressed memories from your own past that made it into the book?

I enjoyed thinking about and reading about the 80s. It was a time of transition, much like what we’re going through now, with the Reagan Revolution in full effect. People were stressed out about politics and the culture wars and America’s place in the world and a thousand different things. So, I swirled all that chaos around these two college girls — along with, more locally, the Tylenol killer — and added a number of dark secrets that each girl is harboring.

Yet along with those large forces, it was so pleasant to think about Clinique lipstick shades and Ralph Lauren perfume and other small details of the time. Maybe I found that exercise comforting because it was a reminder that, even in chaos, people find ways to go about living their lives. I was able to toss in a few of my specific memories in just to amuse myself, like an allusion to the horrible “el ranchero” that the school cafeteria fed us and a nod to the beloved Waldenbooks in the local mall where I grew up. I like including my own tiny secret reference points in whatever I write, like a private scrapbook for myself.

Why is the narrator unnamed?

She started out not having a name because I’m comfortable in the draft process simply writing until I discover the right name that fits. In this case, I kept writing and kept writing…and suddenly I realized my first-person narrator was not going to have a name in these pages. I had to think about what that meant, and how I could keep the main character of a novel from revealing her name to the reader without being gimmicky.

As I pondered, she emerged into a sly, unreliable narrator, a girl who is making bad choices but doing the best she knows how given her past experiences. Ultimately, I understood her decision to remain nameless to be an act of power: What is more powerful than not revealing something as basic as your name?

The structure here is in no way linear. How would the story be different had you told it more chronologically?

I decided that I needed to move around in time because this book reflects someone thinking back about a difficult time of her life. One doesn’t come at that sort of emotional journey straight-on, mostly because it’s painful to think back in that deep, penetrating way. It’s hard to admit our failures and our complicit behavior. Here, the narrator finds herself reaching such a startling point with terrible consequences that it’s almost impossible for her to figure out the beginning: Where did it all start to unravel for her and go wrong? Was there one place, one decision, that, if made differently, might have changed everything?