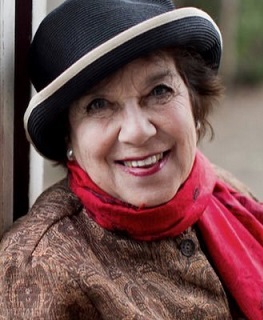 In 1940s New York City, an Austrian family huddles in their cramped apartment. Herbert is an old man who escaped the war in Europe with his wife, Adeline, and elder son, David. The price he paid to get out was high: It cost him everything he owned, plus the life of his younger son, Michael.

Now Herbert spends his days shrouded in secrecy, making deals to guarantee safe passage of other refugees to America. Adeline has been confined to a psychiatric facility, and David lives in Washington, DC, where he works long hours for an intelligence agency. His 8-year-old daughter, Maria, therefore, must live by the whims of her mother — an overworked woman who trades sexual favors with a former Nazi doctor when money is short.

Little Maria get some relief from her difficult life when Anna, a Hungarian countess (her grandfather Herbert’s second cousin), comes to live with them. With magical and surreal renderings of everyday life, this novel tells the story of how a family comes together again after war, death, and exile.

What inspired the writing of Unspeakable Things?

Many things. My own childhood, and the strange people who ventured into or passed through it. My grandfather was a mysterious character to me. We children went with our grandfather to the New York Public Library every day because the library was heated. It was a center for immigrants and refugees who passed their whole days there. I watched my grandfather make deals, receive supplicants, and so forth. At night, I frequently shared my cot with one or another of the old ladies who came to us, who had lived through horrendous difficulty, and who whispered the (censored) parts to me at night. Night was a time of thrilling confessionals.

From a European family in the U.S. and an American atmosphere at school and with friends, and all life that took place outside the home, I grew up feeling half American. I was half European, too. Years later, when I started this book, I was teaching in Paris. Paris was beginning to examine its own history during World War II, especially Vichy and the rounding up of its Jews. In writing this book, I came to reconcile these several ways of looking at and being in this world.

This novel deals with dark themes: the Holocaust, exile, sexual abuse, and more. And yet it’s not exceedingly dark. Would you say you’ve achieved this with the magical-realism elements of the story?

I don’t know. It seemed I was dealing a lot with memory as the subtext. The characters had perhaps already died in their imagining of themselves, before they got to New York. They had suffered so much, they were no longer like ordinary people. There is a transparency about them, almost an innocence that is not of this world.

The humor in your book is especially sophisticated, as it has to tiptoe around the aforementioned not-so-funny events. Were you extra careful about how you constructed these scenes, or does this type of humor come naturally to you?

My humor comes naturally to me. It’s a family trait and a lifesaver. Thank you for getting the funny parts. I laughed a lot as I was writing the characters, or rather, as they wrote themselves onto the page. I got a bit carried away in the speeches I gave Rasputin; he was so over-the-top. I mixed in sexual desire, religion, and the mad monk’s puffed-up self-esteem and gave him the funniest, most grandiose lines. My music teachers were the model for the Quartet, and I made them more single-minded than they actually were — perhaps they had a Real Life outside the practice studio, but I never saw it.

The Rat is based on a real character, as are many others. Their lives were so poignant; they begged me to tell their stories. I showed an early draft of this book to my parents, who were still alive at the time and with whom I shared literary, history, and other interests. They read with pre- knowledge of the real characters behind the fictionalized ones. But of course parents rarely know what is going on behind the scenes; the midnight ravings of the Rat were a revelation to them, for instance.

They also laughed, as well as being shocked, at my portrayal of the scary doctor whom they had considered quite harmless and oh-so-beloved by his child patients. The office, the broken leg, the little green frog, the photos of grateful children high up in the hallway, the jowly little dachshund; all that is true.

The most difficult character in the book is Felix, the Nazi doctor. He abandons his Jewish wife in Germany and flees to the United States. He’s involved in human genetic engineering; he’s a child molester and a thief. But he’s also capable of love, friendship, and loyalty. I applaud your creating a complex villain. We often expect monsters, and instead find regular people doing monstrous things. Was it an emotional challenge to write Felix?

Yes, because he is so horrible. He is like the mad ballet master in ballets like “Coppélia” and “The Red Shoes.” In my mind, he looks like Herr Drosselmier, a great character dancer seemingly crazed on stage, and also like Struwwelpeter, the childhood villain of the Grimms’ fairy tales. I wanted to take out the child molestation; I thought that Felix had enough other bad qualities, but my editor said no, better to write him as very depraved than to soften that character.

There is a line from The English Patient, “Betrayals in war are childlike compared with the betrayals during peace.” I kept hearing this quote as I read Unspeakable Things. In war, survival trumps morality. Do you think the characters who’ve been betrayed (Maria, Adeline, the ghost of Michael, and others) can find any comfort in the fact that their betrayers were trying to survive?

Absolutely not. That takes a New Testament approach. A saintly approach — forgiveness and all that — that my characters do not possess. They are from the Old Testament; saintliness is a thin veneer of civilization imposed upon them; they know betrayal when they see it. There is no forgiveness in this book. They don’t have time for that. But there is a kind of calm acceptance that they all strive for, Herbert especially.

Anna, the Hungarian countess, agrees to be the sex-slave of Rasputin in order to protect her husband. Afterward, she goes through years of her life feeling erotically charged. Rasputin has literally put a spell on her. But I also wondered about the figurative level, about the complicated relationship between the abuser and the abused. Anna isn’t sexually closed down, nor does she assume the expected role of victim, though she’s clearly tormented. Were you hoping to broaden the reader’s understanding of the various ways in which people cope with trauma?

Anna, the Rat, doesn’t feel “abused”; she feels sexually awakened. Rasputin has literally gotten “under her skin.” He makes sure she will never forget the encounters with him, which have become, during these two weeks, imbued with tenderness and love. He awakens longings in her she doesn’t know she has had. She will never forget him, but she doesn’t want to die, to meet her Russian Orthodox God, with the fiery marks of Rasputin on her body. She wants to be cleansed of her burning desires, and to be calm, unmarked, and pure. She hopes Felix will help her toward that goal.

You've done something so beautiful with the theme of ghosts. Herbert, Adeline, David, and Maria are haunted by the ghost of Michael, but with different results. Herbert is driven to help others; Adeline goes insane; David lives an unhappy, penitential existence; and Maria uses her ghost to cope and ultimately heal. In what other ways are the characters impacted by ghosts?

My characters have escaped horror, and they enter the book — and the world of New York — as if parting a scrim. They are close to the world of the shadow of death, and the dead speak to them still. For them, there’s not much difference between the real and the underworld. Maria represents the future, however, and it is at that moment, just before the family moves forward, that the ghost of Michael releases her from her death-wish and gives her permission to live.

There's an emotional scene where Herbert has to tell the Gypsy king no one wants to help the Romany people escape the Holocaust. Herbert says, “How can we live with this knowledge?” Later, he asks, “How can we support such sadness?” The answer to Herbert’s questions is offered up throughout the novel: The living bear sadness and find meaning through art, music especially. Do you agree with this interpretation of your book?

The characters have always understood the meaning of their lives, but music definitely carries the book. I listened to classical music while I wrote, and each character has his or her own music. Music is a common language for them, as well as for me. Art, literature, philosophy, languages, chess, music, the beauty of a garden, linden trees, and human love: These are where my characters find solace. Beauty and memory entwine, a synesthesia.

Dorothy Reno writes short fiction and is a senior review editor at the Washington Independent Review of Books.