An Interview with Juan Cole

Here, the author of the recently released The New Arabs: How the Millennial Generation Is Changing the Middle East, discusses that region, politics, and the writing life. 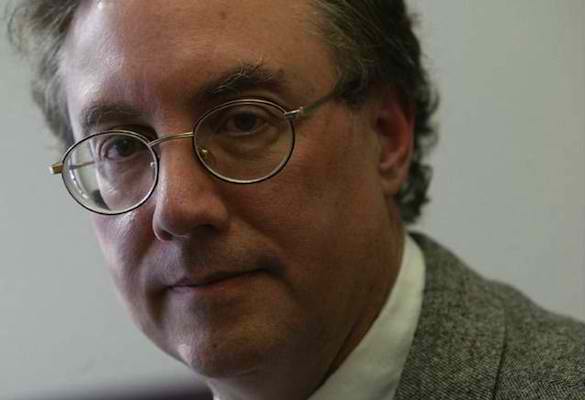 Currently in the Middle East, there seems to be a revival of religious sentiment. More women are donning the hijab, and the mosques are overflowing with worshipers. How do you accommodate this phenomenon with your view in The New Arabs that “Arab Generation Y” is less religious?

The polling on religious observance is not about sentiment, but practice, as revealed in recent research done by Pew. Most Arabs believe in God and say religion is important to them. But the Millennial generation is somewhat less likely to listen to the Qur’an, pray daily, go to mosque, and engage in other religious activities than the previous generation. Decrease in observance also tracks with education in most countries, and the Millennials are more highly educated than their parents. In some countries, such as Tunisia and Lebanon, there is a substantial spread between the two generations on activities like prayer. In Egypt, it is less.

Across the board, only 9 percent of Egyptians said they thought the 2011 revolution was for the purpose of establishing a more Islamic state. We saw how millions of young Egyptians came out in June and July of 2013 against Muslim Brotherhood rule. Veiling among women is not necessarily a sign of religious commitments. Many of the secular, leftist youth opposed to Islam in politics [still wear the] veil. As women have flooded into the public square and the workplace, they have attempted to deflect charges of moral laxity by dressing piously, even if they are secular.

In your book, you talk about the revolutions in Egypt, Tunisia, and Libya and how successful they were in removing long-established dictators. Why do you think the movement in Syria did not have the same outcome, given that the regimes in those three countries were just as entrenched as Assad’s?

How the military responded to youth demonstrations was very important in shaping outcomes. The Egyptian military is largely made up of conscripts, and the officer corps couldn’t trust them to obey orders to intervene against civilian protesters, so they largely declared neutrality and hung Hosni Mubarak out to dry. The Tunisian military is very small and was kept small by dictator Zine El Abidine Bin Ali so as to forestall any further coups. But 30,000 men under arms was too little to control crowds of 200,000 in the capital and tens of thousands elsewhere, and the Tunisian military also declared neutrality.

In Syria, the upper echelons of the ruling Baath Party and of the officer corps are disproportionately dominated by the Alawite Shiite minority. Alawite officers were willing to draw up tanks and fire on peaceful youth protesters. But I should also say that I don’t think Egypt or Tunisia were one-party states in quite the same way as Syria. Syria was more like the old East Bloc, really lacking in a rule of law or virtually any space for dissent. As repressive as they were, the Ben Ali and Mubarak regimes allowed some wriggling room for dissent. The Syrian Baath Party was much more thorough in its repression.

Here in the U.S., we are constantly bombarded with news about al-Qaeda and, more recently, ISIS. These reports portray a large population of radicals who are interested in establishing a caliphate in what is now Syria and Iraq. How large do you think this movement is?

ISIS, or now the so-called “Islamic State,” only controls some desert regions of Syria and Iraq, though it has recently gained influence in Mosul, a city of 2 million. It is a worrisome development. But of 22 million Syrians, only 4 percent in polling say that the so-called Islamic State represents them. Iraqis allied with it say they dislike it, but consider it a better alternative to the fundamentalist Shiite government in Baghdad. There isn’t a large population of radicals who support the al-Qaeda offshoots and affiliates. It is a tiny group. But they are well armed and organized and make big headlines, so they create an image of being more important than they are.


What is your view of the current Israeli/Palestinian conflict which has flared up since the recent kidnapping and murder of several Jewish and Palestinian youths?

As a father, my heart really goes out to the families of the youths who were murdered by extremists on both sides. I can only imagine their agony. It is difficult to address a complex issue like the Gaza fighting briefly. Basically, I think most people want to see Israelis be able to live their lives in peace and safety and want to see Palestinians cease being stateless and living under an anachronistic colonialism.

How accurate do you think the reporting we hear about the Middle East is? How much is “truth” (if such a thing exists) and how much is propaganda?

There are many excellent and experienced correspondents working in the Middle East who risk their lives to get us stories. But they work in a very difficult media environment, and I think their editors often deep-six their stories or mistitle them. In addition, many major news organizations have closed their regional bureaus and invested in infotainment, concentrating on celebrity gossip instead of on-the-ground reporting.

I may be biased as an academic, but I also think we suffer from not insisting our foreign-affairs reporters know the language and culture of the places they report from regularly. Some proportion of Americans is deeply biased against the Middle East for reasons of religious, ethnic, or nationalist competition, and some of them are powerful in news organizations.

We know from the Center for American Progress that tens of millions of dollars are invested by wealthy right-wingers annually in demeaning Muslims. All of this hostility inexorably affects not only how the region is reported, but also how the reports are received here. In general, I think the level of television reporting on the region is poor (Al Jazeera America is a major exception here), and that there are serious lapses or mistakes in the print media, as well.

How did you develop such a deep interest in the Middle East?

My interest in the region goes back to when I was in my teens. My father was in the U.S. military and was stationed 1967-68 in Asmara (now in Eritrea). Eritrea is on the edges of the Middle East, with a significant Muslim population. Massawa, on the Red Sea coast, is an old Ottoman port where Arabic is the lingua franca. I saw mosques, met Muslims, and it piqued my interest. Later, as an undergraduate at Northwestern, I was awarded a Richter traveling fellowship for a project on Christian-Muslim dialogue (coming off the Second Vatican Council) in Lebanon. Another thing that interested me in the region was Sufism and its traditions of mystical spirituality.


What motivates you as a writer? What advice do you have for people who aspire to do what you do?

Writing as a life has many uses. It is a way of sharing your observations and the things you have learned in life. But it can also be a way of learning, since you know more when you’ve finished researching and writing a piece than you knew before. It is a way of connecting with others. I am motivated to write by lots of considerations, perhaps by curiosity above all.

People often ask me how I write so steadily. The trick is to set aside a time each day for writing. It can be half an hour or an hour or two hours. No exceptions, no slacking off. Most people have a spare half hour in their days that would otherwise be wasted. I read somewhere that Virginia Woolf wrote her novel To the Lighthouse for a half an hour a day after tea in the afternoon, for two years. Hemingway used to write for an hour in the morning before he started work.

Success as a writer is mysterious and also perhaps hard to define. But write what you love to write, try to do it better every day, be honest about your feelings and analysis, and offer people something they want to know about. That is how you make cream, and cream rises to the top.

Mike Maggio is a novelist, poet, and short-story writer whose latest novel is due out in October from Little Feather Books.

An Interview with Monica Bhide

A popular foodie writer sets her sights on fiction.