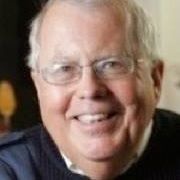 Environmental historian John R. Wennersten has penned several books — including Maryland’s Eastern Shore: A Journey in Time and Place and Anacostia: The Death & Life of an American River — chronicling the natural beauty and ecological diversity of the Delmarva region. His latest work, Rising Tides: Climate Refugees in the Twenty-First Century, tackles a related though far more sobering topic: the reality that our relentless bludgeoning of the planet is about to catch up with us.

Rising Tides is a call-to-arms about the up to 50 million “environmental refugees” — mostly people in the Third World displaced by flooding, drought, etc. — who will be forced to migrate elsewhere one day. Where will these people realistically go, and is the First World doing anything to prepare for such a mass migration?

At this juncture, one answer is to stem the tide of mass climate migrants by improving the environments of their respective homelands. Chris Goldthwait, former U.S. ambassador to Chad, recently told me that the simple act of planting more trees in Chad could stem the advance of desertification. In Chad, the population has chopped down massive amounts of trees for their cookstoves and fires.

Can we not provide some alternatives to deforestation in climate crisis areas? Can we provide economic-development funds to spur economies in climate-challenged areas? Can we have the United Nations provide security forces to guarantee stability to those countries suffering from war and other forms of internal violence?

We in the First World are doing precious little to prepare for the tsunami of climate migrants that will soon crash on our shores other than to arm our national lifeboats to keep the migrants out. No doubt about it, migrants will come. They are already marching across deserts and mountains in search of survival.

We can prepare for this migrant tsunami by first developing a rational immigration policy for processing people that is international in focus. One nation by itself cannot do it. The United Nations needs to recognize the “refugee” status of climate migrants and develop a bolder program in terms of relief and security forces to aid these people.

The United Nations is the only international organization with the experience and the grit to deal with massive flows of people driven by the forces of climate change. Currently, the United States seems to be slipping its transatlantic bonds, and the nations of Europe have let a few Islamic refugee gangsters frighten them out of their wits.

If something is to be done, that “something,” like the sharing of national wealth to aid climate refugees, has to come from developed countries like the United States, Canada, Australia, and Western Europe. We either can share the wealth or share the misery.

Your co-author on Rising Tides, Denise Robbins, is a millennial, whereas you’re more seasoned. Did the age difference between the two of you present any challenges?

I found that working with Denise was an invigorating experience — a 25-year-old environmentalist working with a 75-year-old environmental historian. Millennials think differently about communication. They are more inclined to texting and short-answer messages. There were times when I found this frustrating, but Denise is a great writer. We found each other in a writers group. Denise brought the ability to sift [through] and evaluate a tremendous amount of information in a relatively short period of time.

Many of your earlier nonfiction books focus on the environment in and around the DMV. Given your obvious affection for nature and the physical world, does the threat of climate change feel personal?

The threat of environmental change certainly does feel personal, as it should to any person living in hurricane- or storm-ravaged areas along the Atlantic and Gulf coastlines. [Yet] I recently published an article on what rising tides and global warming will do to Washington, DC. The piece was widely circulated by the Washington journal the Hill Rag. I expected a lot of feedback on my comments. There was none.

Describe the writing process behind Rising Tides; did your research take you in any surprising directions?

The writing process could kick in only after Denise and I had gone through a mountain of information. I had originally feared that our writing styles would be so different as to detract from the final product. Fortunately, Denise and I were very much in sync with one another, and the book’s writing style seems fairly seamless.

As to the writing process, I refer you to the late sportswriter Red Smith, who said writing is easy: All you do is wait until the blood begins to come out on your forehead. The one really big surprise that I got was learning how adept the much-maligned League of Nations in the 1920s was in processing and settling refugees during the first great refugee crisis of the 20th century after World War I.

A colleague and I have formed a 501(c)(3) foundation to produce environmental documentaries about waterfronts and their history. We now have a trailer for our current project, “The Historic Waterfront of Washington, DC.”

[Editor’s note: John R. Wennersten will speak on the panel “Channeling Climate Change: The Tip of the Iceberg” at this year’s Washington Writers Conference on May 4-5 in College Park, MD. Click here to register.]

Ru Freeman's On Sal Mal Lane begins the day the Herath family moves onto the lane. Their street, a quiet peaceful place inhabited by Tamils, Muslims and Sinhalese, is edged by lovely scents and flowering trees at one end and a busy road at the other.