An Interview with Thurston Clarke

The writer talks Vietnam with an interviewer who witnessed the fall of Saigon. 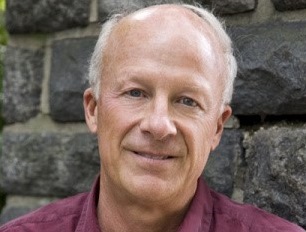 Thurston Clarke is a seasoned author known for the variety of his subjects. His newest book, Honorable Exit (Doubleday), tells of Americans still in Vietnam as it fell to the North Vietnamese and their struggle to rescue the South Vietnamese threatened by the conquering northerners.

I escaped under fire when Saigon fell and am one of the men Clarke writes about in Honorable Exit. The author and I spoke recently.

Honorable Exit is unique among the books I’ve read about the Vietnam War. Instead of criticizing American actions, you focus on the determination of so many of us to save our South Vietnamese allies. How and why did you come to write about this subject?

The idea for the book came when I read in an article about our current immigration policies that the United States in 1975 had accepted 130,000 South Vietnamese refugees, transporting them first on U.S. military planes and ships to the Philippines and Guam and then flying them to relocation camps on the U.S. mainland and putting them on the road to American citizenship. I was staggered that such a large number had come in such a short period of time and decided to find out more. The deeper I dived into the subject, the more apparent it became that dozens if not hundreds of Americans had been involved in this clandestine evacuation, far more than I had imagined at first.

Of the many stories you told of heroic rescues, which ones moved you the most?

I was moved by particular events happening in the course of several of the rescues described in the book: by the snap decision of Foreign Service Office Theresa Tull to agree to adopt three of Lieutenant General Truong’s children and raise them as her own; by Walter Martindale’s heroism while leading a convoy of several hundred Vietnamese to safety; and by O.B. Harnage’s decision to ride on the skids of the helicopter collecting Vietnamese from a Saigon roof in order to make room for a few more evacuees.

Now that I think about it, there are so many instances of courage that it is hard to decide, but I would also have to include Bill Bell’s insistence on returning to Saigon from California to help evacuate Vietnamese just days after losing his wife and son on the Babylift crash, and Jim Parker’s insistence on driving an aging tank-landing ship into the harbor of Vung Tau and collecting refugees while under continuous shellfire from North Vietnamese forces.

Your knowledge of the Saigon-Cholon-Tan Son Nhat region is remarkably accurate and detailed. How did you achieve that? Did you visit Vietnam?

I have visited Vietnam twice. In 1998, I spent several days in Saigon and then a week on the island of Phu Quoc. I was writing a book about islands and included Phu Quoc in my chapter about notable prison islands. The government of South Vietnam had incarcerated Communist prisoners on Phu Quoc, and although the prison had closed by 1975, the Thieu government used the island briefly in 1975 to house refugees from the north of the country.

I returned to Vietnam in 2016 so that I could accurately describe some of the buildings, streets, and neighborhoods in Saigon (now Ho Chi Minh City) that are featured in Honorable Exit. Although the city is several times larger and far busier than it was in 1975, the historic hotels and buildings in the historic center have mostly survived.

The apartment building at 22 Gia Long Street that was made famous by Hubert Van Es’ iconic photograph of a helicopter perched on its roof on the last day of the war is still there, and its distinctive roof can be seen from across the street. I also toured President Thieu’s former Independence Palace and checked out the riverfront, the cathedral, post office, and Cholon, all sites of various events described in the book.

I suspect that you’ll be hearing from many Vietnam vets who, like me, for decades didn’t speak of the “shameful” war we participated in. You’ve told of the honorable side. How will you respond?

I will stress that the instances of heroism and sacrifice that I have related in Honorable Exit are only a few of many similar stories that came to my attention. I had to cut several from the text because of space constraints, and there were others that I did not have the time to investigate. The accounts that I did include were not isolated cases but part of a widespread movement to reclaim some measure of American honor.

I will also stress that many of my heroes who were working for the State Department, CIA, and other government agencies in 1975 had previously served tours of duty in South Vietnam with the military, and because of their experiences, they felt an added responsibility to help evacuate their former allies. Finally, without the collaboration of serving U.S. military personnel such as Major General Homer Smith and Colonel Jack Madison, the evacuation would have been smaller and less successful.

Reading Honorable Exit brought tears to my eyes repeatedly. Yet the tone is one of journalistic detachment. How did you achieve that?

I am flattered by this question. Since I never served in Vietnam during the war and was not in Saigon during the evacuation, I was naturally observing the events of March and April 1975 with a certain detachment. I also think that accounts of heroism and sacrifice are more powerful if they are delivered in a matter-of-fact manner, and that overheated prose can diminish their impact.

How would you characterize the behavior of the U.S. government during the fall of Vietnam? How do you judge those of us who broke laws, violated regulations, and ignored orders in order to rescue as many as we could?

One finds that during the first half of April, President Ford, Secretary of State Kissinger, and others in the Ford administration often spoke about the United States having a moral responsibility to protect and, if necessary, evacuate its South Vietnamese allies. These comments were made in public and during meetings at the State Department and White House. However, during this period, there were no concrete plans or programs to fulfill this oft-stated moral responsibility, leading to criticism that some in Washington were trying to create a bureaucratic record that would allow them to say, “See, we tried,” if there was a debacle.

It was, in part, because of the actions of the American rescuers in South Vietnam who violated the laws and regulations of that country and the United States that the Ford administration had to finally play catch-up, putting a legal framework in place for the thousands of potentially illegal immigrants who were being temporarily sheltered in U.S. military facilities in Guam and the Philippines. This was one reason among others that President Ford prevailed upon his attorney general, Edward Levi, to issue 130,000 emergency visa paroles for refugees from Indochina and to designate 50,000 of them for so-called “high risk” South Vietnamese.

You now have 13 books in print. What are you working on now and what does the future hold?

During the last year, I have been doing research centered on the U.S. embassy in Tokyo on the eve of the war with Japan.

Every year between 1962 And 1975, Tom Glenn, who speaks Vietnamese, Chinese, and French, spent at least four months in Vietnam as a clandestine signals intelligence operative before escaping under fire when Saigon fell. He has 17 short stories and four novels in print, with another novel and a collection of short stories due out next year. His latest novel, Last of the Annamese, is set during the fall of Saigon.

An Interview with Taylor Harris

The memoirist talks medical mysteries, anxiety, and engaging with readers as a multifaceted Black woman.