An Interview with Joby Warrick

The author discusses his new book, Black Flags, which chronicles how ISIS came to be and America’s role in creating it. 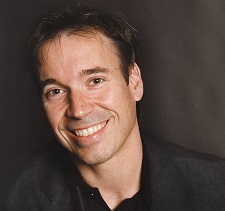 What led you, in Black Flags, to take on a subject as shadowy and complex as the history of ISIS?

I frankly had not anticipated that the ISIS saga would be quite so complex when I started out! When I began working on the book in the spring of 2013, the newly rebranded Islamic State was regarded primarily as a regional threat and not the international menace that it is today. But I had long been fascinated by Abu Musab al-Zarqawi, the movement’s founder, a man I regard as a transformational figure in the history of the modern jihadist movement. If you want to understand what ISIS is, and how it we in the West ended up in this terrible predicament, you have to start with Zarqawi.

Could ISIS have emerged as the dominant force it is without the leadership of al-Zarqawi and al-Baghdadi? In other words, could other leaders have forged the same movement?

Arguably, there are a number of individuals who could stand in for al-Baghdadi. But Zarqawi was an original. I don’t think ISIS would exist today had it not been for this one individual who created a whole new template for Islamist terrorism.

I conclude that except for the blunders of the Bush Administration, ISIS would not exist today, at least not in its current size and strength. Your thoughts?

We as Americans bear a great deal of responsibility for the situation that exists in Syria and Iraq today. In my view, the Bush Administration helped create the terrorist called Zarqawi, in the first instance, by inaccurately claiming that Zarqawi was a link between al-Qaeda and Saddam Hussein. The link was alleged by the Bush White House as it sought to make its case for invading Iraq. The claim was wrong, but it succeeded in making Zarqawi an international jihadist hero. Then came the invasion itself, which supplied Zarqawi with a battleground and a cause. These mistakes transformed Zarqawi’s tiny band of followers into an international movement, the same one that we know today as ISIS.

After reading Black Flags, I am still mystified that ISIS’ social-media campaign, with its emphasis on videos of brutal executions, can attract recruits. What am I missing?

There were key two ideas that Zarqawi embraced early in his terrorist career. One was the notion that graphic violence always commands attention and excites “the base” — in this case, the hardened jihadists who share the same extremist views. The other was a belief in the Internet as an efficient means of communicating with sympathetic audiences around the world.

In one of his letters to Osama bin Laden, Zarqawi actually said that his goal was to be “repulsive”— to use tactics that shocked and offended. And he made skillful use of the Web to entice and to provoke. Even al-Qaeda came to regard Zarqawi’s tactics as excessive. But with each gory execution, Zarqawi gained something important: the approval and support of thousands of young Islamists who take seriously the claim that the West is seeking to destroy Islam.

The end of Black Flags suggested to me that you saw hope in the horrified reaction of the world to the ISIS video of a Jordanian pilot being burned alive. Are populations and national leaders finally going to come together to stop the onslaught? Put differently, what, in your view, would put an end to ISIS’ rampage?

There have been a number of turning points in the fight against ISIS. One was the beheading of journalist James Foley, which galvanized Western populations that had been largely indifferent to the violence in Syria and Iraq. The other was the execution of the Jordanian pilot Muath al-Kasasbeh. The burning of any human being — and particularly a Muslim — is taboo in the Islamic world, and this single act seemed to offend everyone, from the imams and the political elite to ordinary civilians. The airing of that single video emboldened countries such as Jordan and Egypt to take a forceful and public stand against ISIS. Whether the level of commitment can be sustained over time is unclear.

Of the more than 200 sources you used for the book, which ones stand out as uniquely valuable?

I met so many amazing people during the reporting for the book, and it’s hard to single out a single source or group. But I think the ones that most impressed me were the Jordanian security officials who shared their personal stories in a way that rarely happens in that part of the world. These are men who have been on the front lines of the war against radical jihadi for decades. They are fighting literally for their country’s survival and their own.

Do you believe that events since you completed Black Flags, such as the destruction of antiquities at Palmyra and the murder of the antiquities scholar Khaled al-Asaad, alter your findings?

The destruction of antiquities is a more recent addition to the Islamic State’s catalogue of atrocities, but the same behavior has been practiced by jihadists elsewhere. We can all recall the Taliban’s destruction of priceless, 1,000-year-old Buddhist rock carvings in Afghanistan. Such acts follow from the same extreme ideology that holds that anything that isn’t strictly countenanced by Islam is a work of the devil and should be destroyed without hesitation.

Much of the text of Black Flags hints at more than passing knowledge of Arabic. And the many dialects of Arabic and other languages used by your sources must have thrown roadblocks in your path. Do you speak Arabic? How did you manage to traverse the language barrier?

Regrettably I never picked up more than a few phrases of Arabic, but I had one of the world’s greatest translators and “fixers” — someone I’ve worked with for years and trust completely — to help me, not only with language but also with all-important context.

What do you hope the publication of Black Flags will bring about?

Most of us here in the United States knew nothing about ISIS until last year when the terrorists began storming across Iraq and executing hostages on video. It’s the equivalent of walking into the cinema in the middle of a long movie and missing the history and context you would need to make sense of what’s happening on the screen. My biggest hope is that readers will come away with a better understanding of how we got to where we are today, and how in some cases the decisions we made as a country — almost always with the very best intentions — helped to create the situation in which we now find ourselves.

Tom Glenn, a covert intelligence operative in Vietnam on and off for 13 years, was rescued under fire during the fall of Saigon. He has published 16 short stories and two novels, with a third novel, The Trion Syndrome, due out this fall.

An Interview with Lalita Tademy

The author of the acclaimed Red River and Cane River is back with her third historical novel.