An Interview with Joan Watts 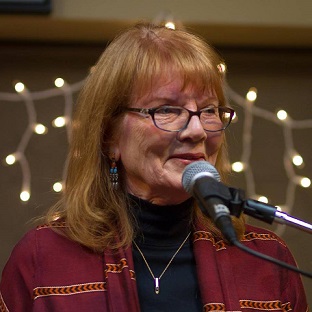 I’m going to assume that none of you ever babysat for Henry Miller’s children. Or that Joseph Campbell, Aldous Huxley, or John Cage would pop over now and again.

That’s because you aren’t Joan Watts. For the oldest daughter of philosopher Alan Watts, the author of Brave New World swinging by for potluck was just another Tuesday night. In other words, life with Dad, an influential and charming intellectual who mesmerized college students and others through enlightened lectures and insightful writings bringing Zen Buddhism and other new ideas to the West, was sometimes as interesting as his work.

While never forgotten completely, there’s been a resurgence of interest in Watts. Many of his ideas are timeless — and a prominent “role” in the 2013 Spike Jonze film, “Her,” with Joaquin Phoenix and Scarlett Johansson probably didn’t hurt, either.

Now, Joan and her sister, Anne, have lovingly culled from their father’s vast correspondence to produce The Collected Letters of Alan Watts. It’s a fascinating glimpse into one of the 20th century’s most fertile and interesting minds.

Joan and I spoke in early February.

Can you talk about your dad, the impact he had?

He became popular in the 50s, early 60s. He was a philosopher and a proponent of Eastern philosophies, specifically Zen Buddhism. He lectured, he had [considerable] TV and radio exposure. He wrote a number of books throughout his life. He was born in 1915 in England and came to the United States in 1938, and he died in 1973. During that period of time, from the 50s, 60s, and early 70s, he became a…Well, he would hate to hear the word, but “guru” of the counterculture.

Now, in recent years, he's becoming popular again throughout the world. Through YouTube and the internet and through the republishing of many of his books and now, of course, this book that my sister and I have put together. His letters are just a wonderful source of information and beautifully written. He's the kind of person that could stand in front of the podium and speak without notes. He wrote wonderfully to explain things in terms that people could understand.

I read that he referred to himself as, opposed to a guru, more of an entertainer. I think one of the nice things about his work is that he’s funny. It's not this dirge of a heavy-handed lecture. It's entertaining in the best possible sense of the word. Let's talk a little bit about the letters. I know you and your sister had different relationships with him. Talk a little bit about the relationships you had with your dad and how that manifested itself through the letters.

Our relationship with him was quite a loving relationship. He was an incredible person to be around. For about the first 10 years of my life, he was quite present because I was young. The family unit was whole at that time, and my sister was born towards the end of my mother's life, deepening their relationship. When they were divorced, we all were sent off to private school. For the next 10 years of my life, I really didn't see much of him except on vacation. And then I got married, and so I saw him even less at that point. All of us continued to have some communication, and he was definitely somebody that I had a deep attachment to. My sister, likewise, in many respects, although her childhood was a lot more difficult than mine.

The letters came about in 1992, when his widow died. We had possession of his literary works, and the letters came with it. When I retired a few years ago, I started looking into them. Eventually, we met with the publisher who's republishing another of his books at the New World Library. When he first heard the word "letters," he kind of perked up. He suggested we might be editors, and I thought, "Well, I think we could handle that." They were actually quite thrilled with what we came up with. That was very nice.

In one of the letters, he’s pitching article ideas to a magazine. In one, “What to Do on Sunday?” he writes, "Why don't we have the consideration to realize that God must be utterly bored with most of our church services, with being flattered, wheedled, and told how to run the universe? If you were God, what would you like people to do in your honor for you, with you, or about you? [The article would offer] revolutionary suggestions on what to do with all that real estate called church." This is controversial; some people, when you say you're an atheist or an agnostic, they suddenly become a bull with a red flag in front of their face. They attack. Talk a little bit more about that idea for you and for your dad.

I think that one of the things he really wanted to have people understand was that you're not just an individual, you're not just this one person on this planet. You're a part of a whole, which includes the earth, which includes the universe, which includes other universes, God knows where. Saying "God" loosely there. I think that people have limited themselves so much when they think of God as a person sitting up on a throne in the sky and directing whatever. It's just not the way it is. We are just a little speck in a huge, huge universe of universes, and to think somehow we're special and we're all going to go to heaven or whatever seems sort of bizarre to me.

Your father figured prominently in the Spike Jonze movie “Her.” What did you think of it?

I have to be honest with you, I thought the movie was very boring. I also felt that they could have done a lot better with their Alan Watts [voice character]. It should have been Jeremy Irons. Frankly, the script that was written for whatever Alan Watts imparted there was very banal. It was just nothing, basically, which was disappointing. I had no idea [it was coming]. I do hope it will spawn more interest in his work.