An Interview with Karim Dimechkie 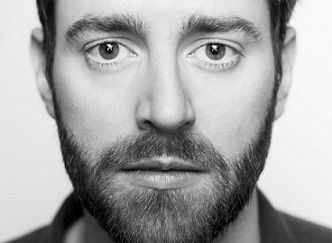 Lifted by the Great Nothing is a debut novel full of humor about a young man, Max, coming of age with a father who loves him, a treehouse, an odd temporary roommate, and a great big lie. Max's mother was killed by burglars in Beirut before Max and his father immigrated to, of all places, New Jersey. Max’s father would like to leave the past behind, but somehow it keeps intruding.

Does “normal” exist anymore on the pages of a book? Did it ever?

It would be hard to talk about “normal” without getting bogged down in semantics, but if “normal” means a world that is safe and familiar and problem-free, then I think it only exists in books as something that is perennially under threat of being lost. Now, if normal means typical or representative of some dominant culture, then that, too, can only exist in a book if some underbelly is exposed or some imperiling of said normal world is explored.

Clearly, diversity is finding its way onto the page, too. The neighborhood in your story is a mixed one, with both race and income. Does this reflect the national paradigm? Your paradigm? Or only big cities and surrounding suburbs?

It’s funny, because the diversity in my novel was mostly inadvertent. It was just how my subconscious introduced the characters to me. In most cases, I heard a character’s voice first, and only afterwards did I begin to see him or her physically. My instinct was to make the following character sound and look very different from the previous one. I ended up having an eclectic bunch of ethnicities, incomes, and sexualities all living on the same street. The fact that I anchored characters in their psychology, and only subsequently in color, socio-economic status, and sexuality accidentally — I hope — led me to defying “type.” The characters aren’t in the book because of their race or income or sexuality, but because of their rare voice — their varied backgrounds being almost ornamental to their personhood.

I suspect that many Americans have few associations when they think of minorities, and that’s largely because of limited representation. There appear to only be three or four types of black women in the media, for example, one or two types of Muslim men, two or three types of homosexual, one or two types of Chinese immigrant, etc. So it was exciting to find myself among hyper-specific non-majority people.

“Lying to one’s self is a basic right and tool for survival.” Max says this about his father, Rasheed. In the story, he says it in such a way that the reader may believe it isn’t necessarily true for Max, but it is clearly a universal statement. Could you have put these same words into the mouths of any of your other characters? After Rasheed, which character has the first claim?

Ooh — great question! I think these words belong to everyone in the book. Almost equally. And maybe to everyone I’ve ever met in my real life! I say this without cynicism, but as far as I can tell, the truth is that no one knows the Truth with a capital T, and so we have no choice but to make it up — trusting some improved-upon version of what we were brought up believing or what we discovered and latched onto later in life, or some collage of both.

There’s nothing wrong with living by your collage of fictions. If we didn’t do this, we’d float in a nihilistic space that is too vast and terrifying and lonely to be worth existing in for long. So we tether ourselves to things that can only be felt, but never proven: humanism, love, trust. The lie is in telling yourself that you’re certain of one of these Truths. That your feelings are facts. And in many cases, this kind of lying leads to beautiful expressions of love and devotion. That’s a very central theme to the book. The concept of the “good lie.”

My characters’ self-deception is integral to their personalities and desires, as well as to the plot of the book. All of them, without fail, justify their truths, usually well-intentioned, by actively ignoring huge swaths of data that threaten said truth. Selective awareness, if you will. When you want something badly enough, it’s all you see. Logic is so much more malleable than people give it credit [for]. You can bend any bit of information into falling in line with your Truth.

And I think my protagonist, Max, is very much guilty of this. For the first half of the book, his Truth is that his father can do no wrong — goodness incarnate. Max is able to excuse or explain every flaw that threatens the idyllic image he holds of his dad. Until the day a monumental lie annihilates his sense of safety, or what we referred to before as his “normal.” This is a loss-of-faith moment. And for the rest of the book, he scrambles to decide on a different faith. Or Truth. Or Fiction.

Max says that Kelly, his father’s temporary bedmate, only likes people on a symbolic level and more so if they’re oppressed. Their neighbor across the street, Nadine, realizes her roommate, Rodney, only likes her as a foil. How do people become so close to others that they can only really experience tangentially?

The eternal question! It’s so hard to know what closeness really means for another person! I do believe that people have different capacities for closeness or love. Not everyone can love big. Rodney probably doesn’t know how to love someone differently than using them as a reflection of himself. His limitation is borne out of narcissism and an inability to be truly vulnerable.

From the concept of the trophy wife to the more nuanced versions of narcissistic coupling, using another person as affirmation of your preferred identity is a very familiar approach to relationships. I think not realizing you’re with a separate individual is one of the most common obstacles to closeness. It’s difficult for many of us to fully understand that our loved ones (both chosen and familial) are not extensions of us. They are not simply supporting characters in our lives.

Kelly’s supporting characters, on the other hand, are oppressed groups, not individuals. She puts her emotions into her idea of justice, her idea of a struggling people, but becomes impatient and sometimes even belligerent when dealing with a single human. Single humans are so damn complicated and gradated that it’s more comfortable for Kelly to deal with masses. She can respond to the masses’ basic needs — food or education or shelter — and can theorize or problem-solve accordingly.

In a way, Kelly and Samira have much in a common. Maybe one day, Kelly will grow up to be Samira, but only if she becomes active in her causes. Do you think it might be easier to give of oneself to many rather than to one?

I don’t think Kelly could ever become Samira. Samira has somehow scooped out all her sentimentality and ego to become a vessel for her humanitarian cause. She’s a kind of humanitarian robot. Kelly is overflowing with erraticism and ego that is borne out of a different righteousness than the kind Samira had when she was younger. But, yes, to answer your question, I think it can be easier to give selflessly to many rather than to one. You can anonymize those you want to help when they are reduced to a mass.

When dealing with individuals, on the other hand, you have to witness their micro-reactions to you. There’s the risk of them responding to every little thing you say and do — even if just with body language — and they can ask you specific questions, challenge you. It’s easier to not feel judged by a group that you are helping because the dialogue is simplified and the power dynamic is totally clear. Your role is evident. You are there to help them with something specific. In a relationship with a single person, there’s so much more information being communicated between you two, along with an attempt at evenness and consideration that only blurs things further.

“People with problems had more meaningful lives.” Shows up often in our literature, don’t you think?

Absolutely. You cannot have a problem-free book (conflict is the essence of storytelling). But beyond that, I feel there is a general fascination and even admiration for other people’s pain. There is no story without trials, and so if you have had a lot of trials in your life, you are often seen as having a richer story. This is a bit shortsighted and immature, I think, because the story is ultimately only as good as the storyteller — be it the person with the pain or the onlooker.

A lovely and good ending: Max eventually “reclaimed the wonderful ridiculousness of all free, confused people, and joyously swam in the infinite mess of reasons to be unhappy.” It really is joyous, isn’t it? Why don’t we all recognize this joy? (I love this description!)

In the context of the novel, Max’s joy comes from liberating himself of having only one single reason for all of his pain: grief. He finally gives himself permission to rediscover the old confusion of not knowing why he feels a certain pang of emptiness or screeching fear at a random moment, and is empowered to decide for himself what it is that is making him feel crummy (aside from the grief): Could the source of this momentary slump all be traced back to something as simple and banal as the giant pizza he ate earlier? Is it because of the news he listened to on the radio? Is it out of lack of exercise? Is it because a girl doesn’t like him? Or is he just coming down with a cold? Having all of these options for why he feels low is a huge release from it only being about that one unquestionable weight of grief. He finally gets to diversify his blues again.