An Interview with Jen Michalski

The Baltimore writer talks controversy, micro-aggression, and the juggling of multiple projects. 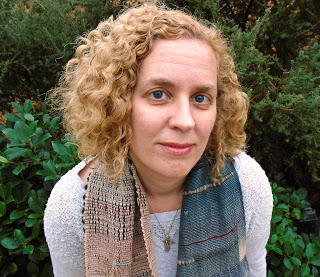 It seems like everyone in the DC Metro area knows Jen Michalski, whether it’s from her award-winning fiction, the outstanding literary journal she founded, the reading series she runs, or any number of glowing accolades from people who’ve read her or publications who’ve honored her. Over the past two months, I’ve heard her read (at DC’s most recent Noir of the Bar) and I’ve read her newest novel, The Summer She Was Under Water. On both occasions, I left impressed. And I wanted to read more.

About that new novel…man, it’s immersive. It’s ostensibly about a family’s vacation at a lake but, like a lake, there are amazing and unsettling things happening beneath the surface. I haven’t read another book recently whose characters were so real, or come across another writer who can describe a region so well.

Michalski has her corner of Maryland mapped out, but the novel’s smart enough to appeal to those outside of the region. Like the Baltimore City Paper wrote, “We’re lucky to have Michalski before the rest of the world discovers her. But they will.”

Since I was on such a Michalski high, I couldn’t wait to interview her.

Without giving anything away, the resolution of The Summer She Was Under Water struck me as controversial (which isn't to say the novel wasn't satisfying). Do you see it that way?

I think it ended a little hopeful but, in general, I tried not to wrap everything up too neatly, since there are never any easy answers. I think it’s fair to say that we begin with the protagonist, Sam, at a crossroads in her life, and we leave her at another crossroads, particularly in relation to her brother Steve. Their relationship can never be the same, but like divorce and other situations in which people find themselves having to remain in contact with those who’ve caused them pain and distress, you have to figure out, as Sam’s friend Eve hinted, how to deal with that person and at the same time create the least amount of pain for yourself.

But I guess that’s what I like to explore most in my work: There are no endings — there’s just change: disappointments, deaths, affairs, new loves, health issues, and how do we position ourselves to live the best way in the life we have now?

Do you think the resolution in The Summer She Was Under Water would be more controversial (or even condemnable) if it had been written by a man?

As a woman writer, I feel my career is littered with my own micro-aggressions, so I certainly don’t feel as if I’m getting away with anything! I suppose Summer would be more controversial if a man wrote it, like the way Alissa Nutting turned a controversial topic on its head in Tampa, but I think Summer would be a pretty controversial tack to take for any writer, female or male, in that neither sibling is a definitive victim or a villain, and they have to figure out (Sam, at least), how to take responsibility for their lives moving forward instead of wishing something did or didn’t happen.

We’re all victims and villains, sometimes at the same time, and it’s a dynamic that’s always interested me. And it’s like the title of the last episode in Season 4 of “Orange Is the New Black” suggests, “Toast Can Never Be Bread Again” (which is a great name for a book, I think!). You’re always dealing with the aftermath of things. And who knows — if the other tragedy hadn’t occurred that weekend, Sam and Steve might have gone off in completely different directions, still angry at each other. But, as the novel leaves it, they’re beginning to acknowledge that being mad at the past or their parents or each other doesn’t hurt anyone but themselves. So I think I took the realistic approach, or tried to.

You do such a good thing of capturing the complexities in these characters, despite some of them being so reproachable. Who was the toughest to write?

It actually was Sam, because she’s a limited-omniscient narrator and yet also is so passive for so long in the story (such a no-no in fiction). Against such more dynamic characters, she would get a little fuzzy to me at times. And it’s a problem she’s aware of, too: In the beginning, she thinks, as soon as she gets to the cabin and her friend Eve immediately strikes up a rapport with her mother, that’s she’s been excluded, reduced to a bystander in her own family.

But everyone else, the other characters, I knew someone like that growing up in blue-collar Baltimore. And although they had mental-health struggles or were or abusive or homophobic, they still had their own code of conduct, and they thought, by their own rules, they were treating everyone fairly. I think there’s a lot of shades of grey in everyone, and no one really gets a pass in the novel.

What was another challenge to writing this book?

The novel is actually two stories — a rather straightforward one about the family’s weekend at the lake and then a surrealistic novella embedded in it. I started writing the straightforward novel first, and I had a feeling that Sam, the protagonist, was going to come out as a lesbian, and I was bored with that story, so I put it away.

Then I wrote the surrealistic novella in the years in between, about a man who becomes pregnant, which is more symbolic of a horrible truth he must carry to term. But I realized at some point that the two books were part of the same story, and that Sam’s secret was much more troubling than a fear of her sexuality. So then I worked the two together, even though they are completely different in tone.

And then when I was finished, I felt good but also horrified, like, “What have I done?” And I still feel that way, some days, like, did I just put that out in the world? People who’ve read my collection of novellas, Could You Be With Her Now, probably know that I don’t shy away from controversy, but even this was a little crazy to me, letting the story tell itself. And letting it out there with my name on it.

How long did it take you to write The Summer She Was Under Water?

It was many years — I don’t remember. I want to say I started it in 2004 or 2005, but then put it away for a while, when it became the boring coming-out novel I dreaded. I wrote Water Moon maybe in 2008 or 2009, and then pieced them together a few months after that. I wish I could remember the “a-ha” moment when I realized I was working on the same novel all along. I wish I could write meta-novels about the process of the novels I write, like VH-1’s “Pop-Up Video” or something.

Do you utilize the same approach when you write a novel, or was it different for The Tide King?

Actually, The Tide King was written in the same way! It’s also two novels I thought were separate projects that I wound up piecing together. My writing is like working on several jigsaw puzzles; I work on one and then another when I’m stuck on the first one. I work on several novels at once, a little bit here and there as the energy for one flares up and another dies down.

And then sometimes I realize I’m not working on two puzzles at all, but just separate ends of it. So I’m always working on something, even if I don’t know whether it’s a short story or might wind up being a novel or part of something parallel I’m working on. It’s hard to tell at first, because I try to work step by step and not have a particular outcome in mind, as if I’m living the story myself.

I have to think many writers work like this, though: When I was researching an essay I wrote for the Nervous Breakdown, about controversial themes in literature, I discovered Nabokov wrote Ada in much the same way — it was originally two different books written over a period of years. And it covers subject matter very similar to Summer.

You run the gamut in writing and publishing. Is there something you want to do that you haven't done yet?

I would love to write a screenplay, but I’m worried I don’t have the tools. I love the sound and look of words, and screenplays to me seem like a skeleton that the director and actors wind up fleshing out. It would be agonizing to give up that much control! Still, I’d love to adapt Summer because I’d love for Alec Baldwin to play Karl Pinksi — I loved his blue-collar father, Old Man Dunphy, in the movie “Outside Providence.”

Where do see yourself in 10 years? Better yet, where do you want to be in 10 years, regarding your writing career?

But I didn’t go into it thinking I’d be famous or be able to support myself. I have a full-time job, I didn’t publish my first short story until I was in my 30s, I didn’t get an MFA, I’m not the tenure-track world of teaching. So, for me, it’s always been just a slightly expensive hobby, like skiing or beer brewing or a garage band.

It’s something I love, the writing, and also the people I meet and their work. I just want to keep publishing novels and see what other opportunities arise as a result. I don’t think I have any choice: I think Albert Camus nailed it when he said that writing is a disease, and you can’t really stop it or cure it. You just have to keep doing it to try and stay sane.

E.A. Aymar’s most recent novel is You’re As Good As Dead. His column, Decisions & Revisions, appears monthly in the Independent.