An Interview with Jen Conley

The short-story writer talks crime fiction, Jersey, and the Boss 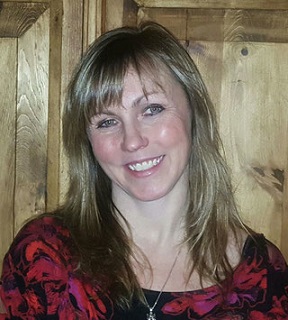 A Jen Conley short story is going to cut you. The New Jersey native has written noir-bent crime fiction for years, delivering work hinged on precise wording, loaded with emotion, and erasing the line that divides "genre" and "literary." Fans of her work have had the chance to read her in crime fiction's best publications, including Thuglit, Needle, Beat to a Pulp, Out of the Gutter, Crime Factory, and other titles you'd absolutely NEVER associate with her smiling author photo. In addition to writing, she's an editor at Shotgun Honey (a terrific publication of short, gritty fiction) and runs Noir at the Bars for New Jersey.

A collection of her work, Cannibals: Stories from the Edge of the Pine Barrens, was released on May 6th by the respected indie crime-fiction publisher Down and Out Books. Check it out. You're guaranteed to come across a line you'll remember forever.

What's the biggest sacrifice you made for your writing?

I don’t think I’ve sacrificed too much. I mean, my son might have a different opinion, and so might my fiancé, Jay. In defense of myself, I really try not to be a jerk and ignore them all day. I like having these guys around.

Maybe what I have sacrificed is developing other hobbies and interests. I like to garden, but half my stuff doesn’t survive the summer. Honestly, though, I don’t see writing as a sacrifice. It’s my passion, it makes me happy, proud. It’s a frustrating business, so I do have my down days, those days of rejection or waiting to hear from an editor, etc., and maybe that’s where the sacrifice is — if I didn’t write, maybe I’d be a bit more at ease in life.

Tell me your best moment in publishing.

When Todd Robinson emailed me and said “Home Invasion” was nominated for a Spinetingler Award. (It was first published in Thuglit.) I was super excited about that. It was my first real big thing in writing.

I loved all of Cannibals, but, man, your stories "Metalhead Marty in Love" and "Home Invasion" just broke me. I don't really have a question. Just wanted to tell you that.

Ha! Thanks. But I’ll talk a bit about both. Marty is a favorite character of mine. I grew up with guys like Marty — 1980s Metalheads — and that story is my little nod to them. In a twisted way. This is crime fiction, after all. It might not end well for poor Marty.

“Home Invasion” is difficult for me to re-read because it’s so brutal. It came from learning about the foster system. I teach middle school, and at the time, before I wrote the story, one of my co-workers and I happened to be teaching a couple kids who were in the foster system. I’d never dealt with this situation before, but she had, and she helped me understand what happens to children when they are put into the system. How they go in and out, how they return to their family and then are removed again. How they move from home to home.

My grandmother was raised in an orphanage, so I had some idea of how sad it could be for a child, but I didn’t know the details of today’s foster system — the instability, the difference between people who fostered kids out of a true desire to help and the people who did it for the money. It was an eye-opener, a heartbreaking one at that, and from there I decided to write a story about a young man who basically aged out of the system.

“Home Invasion” is not a story of a former student — I don’t do that — but it was probably written because I was so bothered by what my co-worker was teaching me, because I was starting to finally wrap my head around my grandmother’s lonely childhood, and because I was trying to fully understand what it’s like to live with so much instability and then to be thrown out into the world at 18.

A lot of your stories are set in the New Jersey Pine Barrens. Are there other places you want to write about?

Maybe New York, Yonkers, North Jersey in the 1930s and 1940s, with working-class people. Maybe more of South Jersey, too. Right now, I’m not interested in other countries or states. I might be some day, though.

When do you know you're done with a story?

I never really feel done, but for the most part, after I’ve written it and let it sit and then rewritten it, picked at it, etc. I usually have a vibe that says, “This is good. It works. I really like it.” I go with that. Doesn’t always work, but usually I know in my gut when something is strong enough to go out on submission.

How did you get involved with Shotgun Honey? And is there anything else in publishing you'd like to try?

I’d written three stories for Shotgun and a long story for the first anthology and one day in 2012, Kent Gowran, the original editor, emailed and asked if I wanted to come on board. I was really shocked, but I said yes.

As for publishing, I think one day, when I have more time, I’d like to run my own online zine. It’s a lot of work, though. Ron Earl Phillips, who runs Shotgun, has really impressed me. Shotgun never closes, it’s always up and running, always a new story posted, the website looks terrific…that’s all him.

What's your favorite line in literature?

I think this is a good line to fight off envy, which can drive a writer mad. Envy of other writers getting agents, book deals, film rights sold. So if you keep this line in mind, and say it to yourself like Nancy says it to Malcolm McLaren and Johnny Rotten, with piss and vitriol, you can hopefully pull yourself out of the black hole of jealousy.

What other forms of artistic entertainment inform your writing? Music, television shows, movies? Or is it just Springsteen and Springsteen alone?

Everything influences me — music, TV, movies. But music helps me find a mood, or if I’m trying to flesh out a scene, I’ll go to a song I know. I’m using a lot of Janis Joplin lately, for example, for this novel I’m working on. It’s first-person-female POV and she’s got some issues, so Janis Joplin hits the notes and that gut-wrenching heartache I’m looking for to transfer into the storyline.

I know this is a surprise, but as for Bruce, growing up, I wasn’t a crazy fan. In New Jersey, especially along the Shore and Ocean County (where I grew up) in the 1980s, his music was on the radio all the time. All. The. Time. So as a teenager, to me, the music seemed overplayed. Plus, his lyrics were depressing. I mean, who wanted to grow up and end up in their own version of “Glory Days”?

So as a young person, I couldn’t wait to get out of New Jersey, away from Springsteenland. Besides, I was listening to the Smiths and New Order, and we were all obsessed with U2 in those years...no time for Jersey music. And I had bigger plans — I moved to London in search of a fabulous, exciting life where I didn’t have to learn another language.

I guess I didn’t start to gain appreciation for Springsteen until my later days in London. I started secretly listening to his music on my Walkman — I was a bit homesick, I suppose. A couple years after that, back in New Jersey, I met my now-former husband, who happened to be a huge Springsteen fan. I’ll give my ex a shout-out — he taught me to appreciate Springsteen.

And for a brief moment, I did. Until my ex spent $250 on a Springsteen ticket, in 1996 mind you, to see Bruce on the Ghost of Tom Joad tour. Then Springsteen went on my shit list. So we’ve had a troubled relationship — Bruce and me — but I’m a big fan these days. And, yes, his music has probably influenced my writing much more than I ever realized. Because I write grim stories about working-class New Jersey people who have regrets. It’s a strange twist of fate, I guess. Or just very ironic.

But I don’t live a “Glory Days” life. So it’s all worked out.

E.A. Aymar writes a monthly column for the Independent, Decisions & Revisions. His most recent novel is You’re As Good As Dead.