An Interview with Erin Duffy

The novelist talks friendship, beach reads, and her unlikely career on Wall Street. 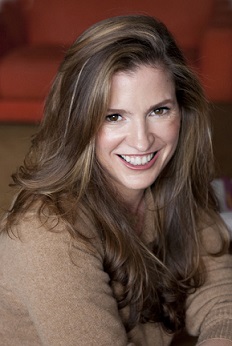 Erin Duffy may have started out in finance, but she always knew she wanted to end up on the bestseller list. Here, she discusses her new novel, Regrets Only, which explores what happens when a woman’s “perfect” marriage comes crashing down and her closest friends must build her back up.

Okay, how does someone with an English degree from Georgetown come to work on Wall Street for a decade? Did you lose a bet?

Seriously! Actually, working in finance was kind of the family business. Everyone did it, and so it was kind of a natural extension for me to go into it also. The only difference was that my relatives are all really good at math, and I can’t add without counting on my fingers, so it was never really for me. I had a great career and I’m very happy that I had the experiences I had, but if I could do it all again, I would’ve pursued writing earlier, instead of waiting for my 30th birthday to finally give it a whirl.

Writing is tricky — there’s no roadmap to becoming a novelist. There’s no path that guarantees you get there — you have to be willing to write an entire novel and have it go nowhere — and it was so overwhelming to me [that] I took the certainty of a paycheck over the uncertainty of a writing career. In a way, it’s great that I did, or I never would’ve written Bond Girl.

The moral of the story there is that it’s never too late to reinvent yourself. Just because you’re not 22 anymore doesn’t mean you have to be stuck in a career you chose when you were too young to know any better. You can always try something new.

Kirkus called Regrets Only a “rollicking beach read.” Do you think of it as a “beach read”? How would you even define that category?

People have really strong feelings about the whole beach-read thing. I know a lot of women authors think it’s totally disrespectful, like a beach read is somehow less of a book than one you’d reach for in the dead of winter, and they would rather be punched in the face than have someone call one of their books a beach read.

My view is: So what? I reach for different sweaters in the summer than I do in the winter, but that doesn’t mean I like one kind better than the other, you know? It really doesn’t bother me, because I love reading on the beach, preferably with a cold cocktail, and under the shade of an umbrella. And if I’m on vacation, that’s even better. Beach reading means relaxed reading. It means uninterrupted reading. It means leisurely reading. Sign me up for all of those things!

So, yeah! If you want to hang out with your girlfriends on the weekends and read this book and laugh and share stories with each other about your own crazy experiences on the beach while working on your tan, have at it! I’m not offended. In fact, I’d like to say thanks now while I have you here.

Regrets Only focuses a great deal on women’s friendships: their centrality to our lives, but also their complexity. Why are the bonds between women often so fraught, and what makes them compelling to write about?

I think women’s friendships are so important. I don’t know where I’d be without mine, and I think they’re so central to who we are. They’re fun to write about because women have a lot of passion and conviction and energy, and if you put enough of that in one room under the right circumstances, amazing things can happen. I also think we have so much to learn from each other. I have friends who are so different than I am, and we can look at the world in completely different ways, but we can still love each other and respect each other for having our own opinions.

Women rely on each other a lot more than men do, so there’s an inherent vulnerability there that is so fun to explore. One of the things I love about the women in this book is that there’s no competition or passive-aggressive slights. Their friendship is authentic and it’s affirming — they all really just want for the others to be happy and to succeed and do everything they can to prop each other up when they need it. That’s something I’d like to see more of in novels, in movies, in TV, you name it. Enough of the cat fights and the competition! We are so much better than that.

This is your fourth novel. Has your approach to writing changed or evolved from your rookie effort (2012’s Bond Girl) to now?

I so wish I could tell you that I’ve developed this orderly, beautifully structured writing process since I began this career in 2012, but the truth is, I’ve gone nowhere. Actually, I may have gotten worse. I still basically do the same things: blare music, write 10 pages a day, even if those pages will end up in the garbage, and never, ever outline.

I’ve never started a story knowing where it would end. In fact, I don’t think I’ve ever started a story knowing what would happen in the second chapter! I never have a plan, and I don’t know if that’s good or bad. I just know that it’s how my brain works — I thrive in organized chaos. I like having things open-ended, and I like finding myself surprised at where the characters end up. Much like in real life, having everything planned out is boring, don’t you think?

Which authors do you most enjoy reading? Does their work influence yours?

Oh, God, there are so many. There is so much talent out there, and so many women are writing incredible books, it’s virtually impossible to not be influenced by them. Every writer has his/her own style, and so when I read, I’m constantly looking at how someone will phrase things or give character details or structure conversations.

Jennifer Weiner is amazing, and she tends to have a lot of humor in her books, too, which I just love. Adriana Trigiani can paint pictures with her words that make me feel like I’m transported to another era, and that’s something that is so insanely hard to do, but she makes it look easy. I love Sarah Pekkanen and Elin Hilderbrand, the queen of Nantucket! (I’d bet she’s not offended by the beach-read thing, either. Let me know if you ever have the chance to ask her!)

To say that they influence me is to give myself too much credit. More than anything, they show me how much more room I have to improve and how much more I have to learn. That’s something I love about writing. There’s so much to learn from other writers. It never gets old.

They make everything so much easier. I should probably just have six more so this whole process is a total breeze! Kidding! Having three small kids makes writing a lot harder. Let’s be serious: It makes everything harder. Showering is a majoring achievement these days, and that’s not something I’m terribly proud to admit.

That said, there are a few things about having little crazy people running around my kitchen that actually work in my favor. I prefer background noise, which is great, because my house hasn’t been quiet since 2014, so I have that going for me. Also, I have to be really consistent and dedicated during the hours I set aside to work. I can’t allow myself to be distracted or nothing will ever get accomplished, so my writing hours are usually pretty productive.

Fear is a great motivator, and more often than not, my kids terrify me! In the end, it’s all about time management — but any mom can tell you that!

Holly Smith is editor-in-chief of the Independent. She doesn't trust anyone who claims to read War and Peace at the beach.

We interviewed Arnold Rampersad, whose introduction to Eric Walrond's Tropic Death was recently published by Liveright.