An Interview with Deborah Eisenberg

The author will be honored by PEN/Faulkner in Washington, DC, this Friday, Dec. 4th. 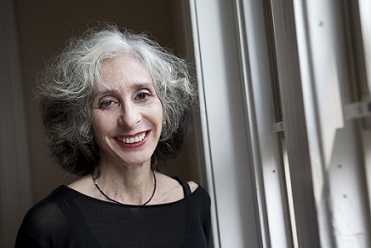 Despite a relatively late start — she was 30 when she began writing and nearly 40 before being published — Deborah Eisenberg wasted no time in amassing accolades. This Friday, the Columbia University professor and author of such collections as All Around Atlantis and Twilight of the Superheroes comes to Washington, DC, to receive the prestigious PEN/Malamud Award for Excellence in the Short Story. A past winner of the PEN/Faulkner Award, Eisenberg is only the fourth writer — and first woman — to earn both PEN/Faulkner honors.

It took nearly a decade for your first story to be published. What kept you motivated to persevere during those long years?

A longing to explore reality and experience on a sheet of paper doesn’t have much to do with the appetite to have something published. Naturally it can be gratifying to see in print something one has written, but it’s hardly the objective. The years between writing my first story and the appearance of the book in which it appeared were no longer or shorter than any other years, and, as I hadn’t tried to get the story published, I wasn’t sitting around waiting for that to happen — I was much more interestingly occupied with arranging words in various orders.

What is it about short stories that helps them endure as a genre?

Just the other day, a brainy student of mine said that he used to consider writing stories a stepping stone toward writing novels, but since he’s been studying writing, his thoughts on the matter have changed. I myself would say that perhaps writing novels is the first step toward writing stories, though in fact it’s a step I’ve so far skipped. Not that I don’t love to read a novel — I do, assuming it’s worth reading — but short fiction, which forgoes expansive explication in favor of poetic compression, allusion, and rich layering, can carry a force and mystery and elegance that the novel is less suited to.

But to be perfectly frank I don’t particularly subscribe to the notion of genres in fiction — to my mind, there’s only one writer or another, one work of art or another.

How does your role as a professor impact your work as a writer? Or does it?

Who are some of most under-appreciated short-story writers working today?

You’ve garnered a number of accolades throughout your career. What makes the PEN/Malamud Award special?

It’s amazingly heartening to receive any award! Awards abound for the novel, and everyone recognizes that poetry is a miracle. But short stories, which live in a misty world somewhere alongside both the novel and poetry, are often dismissed as trivial. So of course it is particularly meaningful to those of us who devote our lives to short fiction that a few (very few) awards exist that honor this particularly demanding and rigorous form. It’s also inexpressibly moving to be conferred an award in the name of a fearless, beautiful, and profound writer of both short and long fiction.

Deborah Eisenberg will receive the PEN/Malamud Award for Excellence in the Short Story this Friday, Dec. 4, at 7:30 p.m., at the Folger Shakespeare Library in Washington, DC. The event is open to the public. Click here for more information or to purchase tickets. Independent readers: Enter the code BERNARD to receive a 50% discount on the $25 ticket price (for all you English majors, that means you'll only pay $12.50)!