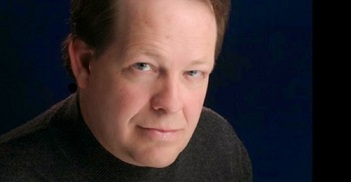 Some 30 percent of your fellow citizens believe Barack Obama was born in Kenya, according to author and journalist David Neiwert. Hillary Clinton and most politicians are pawns of something called the New World Order (NWO) that seeks to impose a global government that will turn everyone into their slaves. Global climate change is an NWO hoax. Black Lives Matter is just another example of minorities’ claims to victimhood.

It’s a sewer world as viewed by Alt-America, a loose confederation of militant racists, homophobes, and conspiracy theorists. Fortunately, investigative journalist David Neiwert was willing to wade through it for us and report back on the staggering lies and distortions he discovered.

His new book, Alt-America: The Rise of the Radical Right in the Age of Trump, dissects the so-called movement fueled by Tea Party conservatives, Fox News, and other hardcore right-wing media outlets. It’s been turbocharged by a new president who has, in Neiwert’s words, “lifted off the national lid, and all the creepy crawlies came crawling out.”

When you first began this project, did you have a sense it would be so relevant today?

Well, the reason I proceeded with the project, and conceived of it in the first place, is that I recognized that even if Donald Trump were to disappear overnight, what he has stirred up behind him was not going to go away. The real story of this book is not just Trump himself, but the army of followers that he has raised and army of true believers that has ridden to power with him. I think that's cause for great concern for us.

You write: “Ladies and Gentlemen, in American public life there is an alternative dimension, a mental space beyond fact or logic, where the rules of evidence are replaced by paranoia. Welcome to Alternative America, Alt-America for short." How many people do you think we're talking about here?

Oh, man. Well, I think if you look at the poll numbers, I'd have to say it's roughly around 30 percent of the country. Yeah, the people who are just hardcore involved. The people who, as in Trump's own immortal words, he could gun down somebody on Fifth Avenue and they wouldn't change their opinion of him. Those are the authoritarian followers. It's interesting. I would have said back in the 90s when I was first working with this, that people in this alternative universe comprise maybe 8 percent of the population. I think that now…30 percent of the country is part of this universe.

So, some of them believe that Obama was born in Kenya. He's an Islamic Trojan Horse, if you will. Talk a little bit about some of the other beliefs that many of them have.

Sure. Let's be clear, it's not just Trump that does that. He's just following, really, the media lead. The media don't do much to report on these things either in a sensible way. Three months ago, we had a deputy sheriff in Montana gunned down in cold blood by a couple of so-called sovereign citizens. They started out in central Montana where they gunned the deputy down, and then went on a 100-mile-an-hour chase halfway across the state to Missoula, where they were finally caught. These were white guys. Where were the Blue Lives Matter people? If this had been a black man, or if it had been a Muslim radical, it would have been all over the evening news. Certainly, Fox News would have been spending four or five days having discussion panels about the looming threat of violence from black men. It's just a horrific double standard.

Let's talk about the future. Is it going to get worse before it gets better, if it even gets better?

I don't know. I think everything depends on us. I don't think there's going to be any kind of top-down solutions to this. I don't think we can sit and wait for leaders to lead us out of this. We have to be the ones leading the change. We need to recognize that authoritarianism is on the rise in America. There's a real existential threat to us much greater than anything that comes from Islam or ISIS or any of these supposed external threats. The real threat to America and its democracy [is that this] movement is ascendant. It is recruiting very successfully among young white men ages 18 to 30. They are going to be our future, and we cannot let this movement be our future. We need to stand up and recognize the threat.