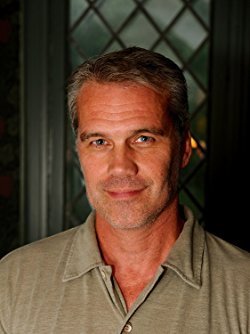 Your new novel, A Blood Thing, starts with the governor of Vermont being blackmailed into pardoning a felon. Unfortunately, the pardon backfires and makes the governor’s situation worse. Might there be a lesson in there somewhere for our current president, or is that wishful thinking?

Well, I’m not sure what the odds are that the president will be reading my book, but it certainly wasn’t meant to be a lesson for him! I originally conceived of the story more than two years ago, so if there’s any reflection at all on current political issues, it is purely coincidental. The seed of the story for me was the question of the extent to which an ethical person — someone whose integrity meant a great deal to him — would compromise his ethics to protect a loved one.

To make the ethical line more difficult for him to cross, I decided to make him a politician who had built his entire career on a reputation for honesty and integrity. So if he falls, he’ll fall hard and very publicly. And though I certainly didn’t plan for any parallels between my story and current events, I have to admit that as I worked on this book, I was a bit more attuned to the world of politics than I might otherwise have been.

Family ties — especially between brothers — are at the heart of A Blood Thing. What is it that makes the testing of these bonds so compelling to write about?

Family ties play a strong role in nearly all of my books to date, whether it be someone searching for a long-lost brother, a man pushing himself to his limits to protect his ex-wife and son from a killer, or even a small-time criminal seeking redemption for having walked out on his family years before. Family members are very often the people closest to us, the ones for whom we’re willing to make sacrifices we might not make for others. So I feel that family is a theme to which many of us can relate.

Personally, I have five siblings — three brothers and two sisters — as well as a wife and two sons. I have to wonder how far I would go for any of them if circumstances required me to test those limits. What lines would I cross? In A Blood Thing, two brothers and a sister go to great lengths — making personal and professional sacrifices — to protect their falsely accused youngest brother, who is 29 but suffered a debilitating traumatic brain injury when he was 7, and are also called upon to protect each other.

You’ve said that you always work from an outline because you like to map out where your story will end up. Have you ever been surprised by a novel veering far afield from the path you’d planned?

I do outline to an extent, though my outlines are loose ones. Mostly, I need a sense of where the story is going before I start. I like to have in mind the beginning, the ending, and maybe half a dozen big moments that will happen along the way. Once I have that, I can start to write. I’ll do the first chapter, then find my way — without an outline — to the first big moment. Then I do the same to the second big moment. And so on, until I reach the end. So, my outlines are far from detailed, but I do need to be certain of a few things before I type “Chapter One.”

I can say, though, that I’ve definitely had some surprises sprung on me by my stories. I’ve had plot twists I never saw coming, or major characters die unexpectedly, ones I had planned to come through the book relatively unscathed. And here’s something interesting: I’d written an entire draft of my first book, Brothers and Bones — 110,000 words — and then threw out every word of the final 75 percent of it. I decided I wanted an entirely different story. So I kept the setup and the hook, which I loved, and which amounted to the first quarter of the book, but wrote something entirely new after that. So that came as quite a surprise to me at the time.

Which contemporary mystery/thriller/suspense writers’ work do you most admire? Is there a particular author you consider the standard-bearer of the genre(s)?

This is a tough question. There are so very many thriller writers whose work I admire, so many I learn from with every book of theirs I read. I’ve even been privileged enough to know or meet some of them. The tricky part here is that I couldn’t possibly list them all, but by listing some I will fail to mention countless worthy authors.

What I’ll do then is provide a short, non-exhaustive list and give an idea of why they knock my socks off. Stephen King because he’s Stephen King and has a depthless well of creative, entertaining, and fascinating ideas that he brings to life in a style all his own, in a voice that could belong to no one else. Michael Connelly because his work is so consistently good, and because he’s done such a wonderful job over the course of something like 20 books with Harry Bosch, a character he has allowed to grow and evolve as the years pass, something very hard to achieve with such a long-running series character. Nelson DeMille because he has such a unique and entertaining voice. Greg Iles because his books are so diverse and always so good, and because he wrote what is probably my single favorite thriller of all time, Black Cross. These authors, along with so many others that I didn’t list, do such great work and inspire me to never get lazy, to try to make every word count.

You’re a full-time novelist and a stay-at-home dad. Here’s the $64,000 question that’s usually reserved for moms: How do you balance it all?

I’m able to balance it all because I have a supportive family. They understand that I need time to write. These days, I do most of it while my twin sons are at school and my wife is at her job. First, though, I tend to make sure I get everything done that needs to get done outside of my writing — running errands, changing lightbulbs, sometimes taking the kids to the doctor when necessary, and the dog to the vet (and making sure I don’t get those last two backwards).

I start my work day when the boys leave for school, spending up to an hour getting chores out of the way. As soon as possible, I’m at my desk writing. I don’t have a punch clock in my office, but it’s a job and I try to treat it as such. I usually get a good five hours of work in before my sons come home. And my family gives me time to work on evenings and/or weekends when I need it. I couldn’t do this without them.

Does having kids make writing harder or a lot harder?

Well, without my sons I’d have much less time to write because I’d probably still be a lawyer, so in a very real sense, the fact that I have kids made writing FAR easier for me. When our twins came along, my wife and I were both practicing law and we decided that one of us would stay home with them. I liked my job well enough, but fortunately for me, she really loved hers. And given that my passion was writing and storytelling, I was the easy choice to be the stay-at-home parent. So in that sense, having kids made it a lot easier for me to write because I didn’t have to put in a full day at the office and then try to find the time and energy to be creative and productive while writing fiction after everyone else in the house is asleep.

Of course, for a while after the kids were born, it was a bit more difficult cranking out the pages while restricted to writing during naptimes and between meals and diaper changes. As the years passed, though, the boys needed less of my time — though I’m still very engaged with them — and I could get more work done in a day.

Holly Smith is editor-in-chief of the Independent. Her four children will forever be her excuse for not writing more.