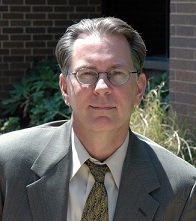 David Alan Johnson has dealt with many charlatans in his role as senior vice president of the Federation of State Medical Boards, where he oversees assessment. A former high-school history teacher who loved using stories to teach, Johnson found a great one on med-school malfeasance while researching a different topic. In Diploma Mill: The Rise and Fall of Dr. John Buchanan and the Eclectic Medical College of Pennsylvania, he shares the saga of an institution’s descent from legitimate school to scam operation.

How were you first introduced to John Buchanan and the Eclectic Medical College?

Totally by chance. I stumbled upon him [while] researching an earlier book. I was looking into a 1923 diploma-mill scandal implicating several medical licensing boards and ran across several oblique references to “Buchananistic degrees” and “worst scandal since Buchanan.” These references intrigued me. The writers in 1923 didn’t seem to think it necessary to spell out who/what Buchanan was, which told me this must have been a big story in its day. I did a little digging and knew immediately I’d found a great forgotten story.

During the mid-1800s, there were multiple competing streams of thought on health and illness. Today, the scientific approach dominates. Is there room for other worldviews like eclectic medicine?

I don’t think there is any substitute for scientific medicine as the starting point for inquiry. It was the absence of this that led to these competing philosophies of medicine in the mid-19th century. This was a period of limited understanding of the mechanisms of disease, from understanding the distinction between form and function within the human body. It’s one thing to recognize a specific organ as a liver, but without an understanding of how it functioned, what role it played in human health, it really left physicians speculating.

Without a provable, common foundation of fundamental elements of the body and health, physicians of that era acted like speculative philosophers, creating elaborate intellectual systems of medicine. These systems were creative and internally consistent but often misaligned with empirically based observation. Still, it was the best they could do absent insight coming later from bacteriology.

As for today…I would hope this common grounding in a scientific approach to medicine complements intellectual curiosity and an aversion to rigid or dogmatic views.

Who should have had oversight of the Eclectic Medical College?

The Pennsylvania legislature. They issued the charter for Buchanan’s school — the Eclectic Medical College of Pennsylvania (EMC). No problem there…it was a legitimate school in its origins and operation for over a decade. When the school’s practices became so blatant that their diploma sales were common knowledge, the state senate held a series of hearings in 1871. These ended with revocation of the EMC charter, but the legislature didn’t touch the other school charter Buchanan secured in 1867 for the American University of Philadelphia — a paper institution that existed solely for the sale of diplomas. This was an incredibly suspicious oversight. Metaphorically, it was akin to locking the front door but leaving the back door open.

Buchanan appears to have been a trained physician who went over to the dark side. Is there any way to predict which doctors will do bad things like selling diplomas?

Wouldn’t that be wonderful? I think the best we can hope for is identifying behaviors that associate with a later likelihood of getting into trouble. I think the research of Maxine Papadakis is still the best we have in this regard. Her retrospective study from about a decade ago showed an association between certain behaviors in medical school and later disciplinary actions taken by a medical licensing board. I think, from a public perspective, this really puts the onus on medical schools to take seriously what may seem minor ethical breaches but may be harbingers of future proclivity to rationalize more significant unprofessional conduct.

Are there lessons to draw from this episode in history?

There is a lot of continuity in human behavior. The actions we saw with Buchanan and the EMC are not so different from anything we see today in the news. Phrases like caveat emptor and quid pro quo continue to be used for good reason. There will always be individuals looking to gain an edge, if not outright cheat the system. I’ve come to understand John Buchanan best once I recognized him for what he was: a 19th-century white-collar criminal.

You mention “drift and lapse” as an explanation for a medical school becoming a business devoid of education. What protects the public from drift and lapse occurring?

There are two key differences between today and the time period of Diploma Mill. When Buchanan joined the EMC faculty in 1860, there were virtually no restrictions on the practice of medicine in the U.S. By 1900, virtually every state regulated the practice of medicine by setting minimum standards for physicians involving education and even an independent assessment of their knowledge (i.e., the medical licensing exam).

Second, in the early 20th century, standards for what constituted an appropriate medical education were established by a group like the AMA Council on Medical Education — what we recognize today as accreditation by a reputable entity attesting that the degree issued by a medical school actually represented an acceptable level of educational attainment.

Were you surprised at the role of the press in addressing the issue of diploma sales?

Initially, yes, but once I better understood the basics of the post-Civil-War-era newspaper business, the role of the Philadelphia Record in almost singlehandedly bringing down Buchanan and the EMC made sense. The big-city-newspaper environment was extremely competitive. Philly had multiple papers putting out either morning or afternoon editions. What sold well in this hyper-competitive environment were sensational stories.

What was somewhat unusual about this case was the extent to which the Record’s owner/publisher, William Singerly, worked with the state attorney general and agreed to foot the bill for the investigation (actually a sting operation) led by his city editor, John Norris, that finally brought Buchanan to justice. Singerly and Norris possessed a civic-mindedness that meshed with economic self-interest to maximize sales of the paper. Buchanan’s long success in the diploma trade (dating to the 1860s) and the state’s failure to stop him really angered these two men and prompted them to act.

If we are talking about blatant diploma sales like that of EMC and of medical schools whose graduates could gain a license to practice in the U.S., the answer is predominantly no. Having said that, I do have concerns for U.S. citizens who attend medical schools outside the U.S. — specifically, the large number seeking educational opportunities at schools in the Caribbean. There have been some second-tier schools in that region that strike me as really taking financial advantage of the strong desire by these young people to become physicians. There aren’t a lot of protections for these students or much of a support network for them like we would see in the U.S.

Tyler Cymet, DO, is the chief of Clinical Education for the American Association of Colleges of Osteopathic Medicine in Bethesda, MD, and a consultant for the Armed Forces College of Medicine in Cairo. His video textbook on osteopathic medicine was just released by Lecturio, and he has a book on the future of health, Unfogging the Future for Health, expected to be released this year.