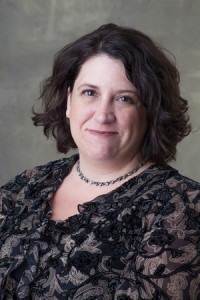 It’s a scary world. Sometimes parents wonder how to send their kids into it. For those raising special-needs kids, it can be even more frightening. In Carolyn Parkhurst’s latest novel, Harmony, the Hammond family faces the daily frustrations of bringing up Tilly, their erratic, sometimes explosive, intelligent, autistic child, alongside her younger sister, Iris, who seems paralyzed by the trauma. Deciding to go off the grid, the Hammonds join a “core group” piloting a residential camp for special-needs kids and their families in New Hampshire. Harmony is a surprisingly tense thriller with welcome humor. On the eve of the book’s publication, Parkhurst and I met up to talk more about the allure of escaping the modern world.

We all wish a kind of utopia for our children. As a parent, a part of me was nodding along while reading. Of course I’d choose safety for the sake of my child. Another part of me knows that kids need equipment to navigate life and they can’t develop those skills without experience in it. What led you to this story about the Hammonds’ struggle?

Part of why I wanted to write this book was because I hadn’t seen the special-needs-family story mirrored in fiction in a way that I related to. With my son, who has Asperger’s, I’m living daily in this autism world. Maybe I just wanted to write to escape it, too. All of the complications of living with a special-needs kid need to be on the page. It can be so isolating. Imagine something as mundane as a family barbecue, and you don’t know if your kid is going to be able to function with the other kids or if your kid is going to have an absolute meltdown over the right brand of bottled water.

One of my questions as the beginning of the writing was, “How do intelligent, educated, thoughtful people join communities like Camp Harmony?” I’m not saying it is or is not a cult, but I do wonder how parents fall for some of the stuff that’s out there. You have to reach this point of desperation. If you’re feeling very alone and someone offers you a community, a community that accepts all the pieces of your life as they are, it’s appealing. You’re vulnerable.

Alexandra, the mother, tells her story so authentically. Every parent can relate to her helplessness. Second-person gives us that intimacy, of course, but how does that allow the reader access they might not otherwise have?

I started writing these pieces from the mother’s point of view, and second-person communicated the stream of consciousness. She’s very hard on herself, and that’s the character that’s probably closest to me, unsurprisingly. Second-person gave it a rhythm and an intimacy. I wanted to echo that voice we often have in our head that is often not as kind as it should be. It was important to me to get this right. I want readers to know what it’s like to raise a child with special needs. What’s hard about it and what’s rewarding. It made sense to me to achieve this in second-person. It’s more powerful.

Tilly’s is such a trapped voice. Her brilliance and pain are transparent. How did you achieve her voice?

I was trying to capture what it’s like for kids like my son who have Asperger’s. He has this amazing mind and he’s very creative like Tilly. I wrote a lot of Tilly to include a little of Tilly. (There was a long poem called “The Tillead” that didn’t work and a whole string of fairy tales that were fun to write but didn’t quite fit.) What I learned is that I had to be sparse in my prose.

Her mind is so active that it’s hard for her to focus on what is happening in the real world. She doesn’t have the capacity to cover her raw feelings.

Don’t we all learn to fake a lot in the real world? There’s an innocence and honesty to Tilly’s rawness.

There is, but not everyone wants that kind of truth. It can be very abrasive for the parents. One thing that is a struggle for parents of special-needs kids is to put aside your own anxieties and embarrassment, especially in social situations, and do what’s best for your kid. Focus on being your child’s advocate. Public judgment is often less than we ever think it is.

Let’s talk about Iris. She’s the neurotypical sibling who just wants to be heard.

Word choice was a struggle. Finding the right viewpoint was tough. What do kids notice that adults couldn’t care less about? That was valuable for Iris’ perspective. I’ve given a lot of thought to what it must be like for the neurotypical sibling to watch their special-needs brother or sister get so much attention. It’s complicated. I try to see things through my daughter’s eyes. That helped a lot in my writing of Iris.

What the characters know versus what the readers know creates a lot of tension. Did you always know the ending that you were writing toward?

No. I had a lot of different endings. I’m not great with outlines. I like surprises. Plot shifts a lot for me in drafting. Part of that initial foreboding kept me motivated in the writing, too. It was tantalizing, even for me.

Without a map, how did you manage all these moving parts?

Structural moves were a struggle because of the many voices. Even trying to figure out how to label or title each chapter to communicate the shifts in character and point of view was challenging. As writers, we’re always trying to figure out how to get what’s in our imagination clearly on the page. It makes sense to us, but readers have to read outside our heads. Intention has to be obvious.

The early struggle was with cohesion. I went through one draft where the first five chapters all seemed to be from five different books. Finding where to begin and end was a struggle. I didn’t have any particular model in mind, but I knew I had to tell these two stories in a non-chronological way.

Publishing and writing can be brutal. Young writers need to hear that, maybe now more than ever. You write a book and you think you’re done. Revision is as much of part of the process as the first draft. I think of revisions as surgery, like a rib-spreader. How do I break this thing that seems wide open so I can put it something new?

Certainly Harmony is a commentary on parenting “experts” and dogmatic thinking. Have you encountered similar types in the special-needs world?

The character of Scott Bean is entirely fictional, but as a parent of a special-needs kid, you get a lot of advice. Some of it’s great. Most of it isn’t. You go through this phase after diagnosis when you read everything. It’s not always helpful. Many experts prescribe a one-size-fits-all approach to autism. It didn’t work for my son. Like with writing, you have to sort through advice and criticism to figure out what makes sense for you. Nobody knows your kid as well as you. And nobody knows your work as an author as well as you. But still we want answers. If somebody were to show up, like Scott Bean, and say they can help make your life better, you’d take it.

That makes me think even more about how being a writer is like being a parent. You get all this advice, all these voices in workshop.

Exactly. Writers and parents have to learn to value their own voice, too.

How has your family responded?

It’s been good for my family to write this story and to publish this book. We’re talking about autism and Asperger’s in ways we hadn’t before. The kids are older. They’re ready for these conversations. They have questions. It’s our job as parents to try to answer them. My son, Henry, read it and really liked it. It was a relief. I was grateful for his perspective and honesty. He said it gave him a sense of what it’s like to live with him. That’s generous for a kid like him.

I’m working on recovery. I’m waiting for my next idea. You don’t get all your material from life, but you definitely need to live.

Melissa Scholes Young’s work has appeared in the Atlantic, Washington Post, Narrative, Ploughshares, Poets & Writers, Poet Lore, and other literary journals. Her stories have been nominated four times for Pushcart Prizes. She teaches at American University in Washington, DC, and is a Bread Loaf Bakeless Camargo Fellow. Her novel, Flood, is forthcoming from Hachette.

Ward Just discusses the story and characters of his emotionally potent new novel.